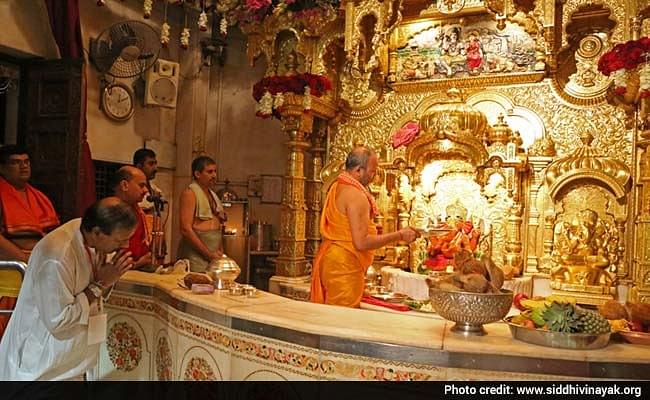 Maharashtra Medical Education Minister Girish Mahajan has sent a proposal to Chief Minister Devendra Fadnavis in which he has suggested that the trusts which run Siddhivinayak, Tuljapur, Mahalaxmi, Sai Baba Temple and others should pay a monthly amount to government-run hospitals in the state.

“We want poor people to get good medical facilities. They should get benefitted from money coming to these temples in form of donations,” Mahajan said.

“Few may say that why only temples? Therefore, I will appeal to all religious institutions that they should contribute in it and help poor people to get better medical facilities,” he said.

Temple trusts, however, don’t seem to be happy with the idea and claim they are already into charity work and the government’s move may cripple their finances.

Here’s what they have to say:

1. “As a government trust, half of the income earned by the Siddhivinayak Temple is spent on healthcare, education and other social causes,” said the temple trust chairman, Narendra Rane.

“So far this year, we have contributed Rs 40 crore to the state government’s scheme for a drought-free Maharashtra. Every year, we keep a provision to spend up to Rs 12 crore for people suffering from various health issues,” he added.

2. Saibaba Sansthan Trust chief executive officer (CEO) Bajirao Shinde said: “If government comes up with such proposal, being the CEO I will put it up in front of the managing committee which will take a call on this.”

In almost all states across India temples and temple trusts suffer from government interference and even direct administration. This naturally leads to redirection of funds donated by devotees, maladministration and corruption. Swarajya has strongly advocated freeing temples from government control. You can read more about it here.