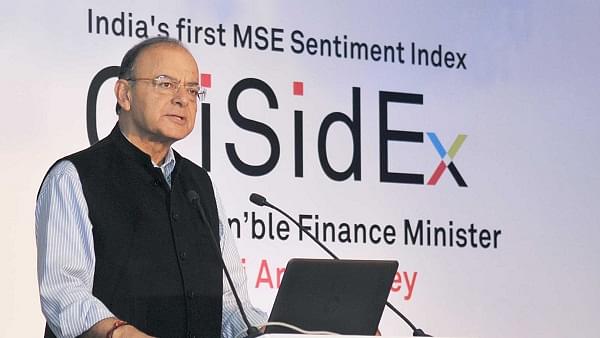 Union finance minister Arun Jaitley on Thursday (4 April) stated if the Prime Minister Narendra Modi government is voted back to power, it will continue to cut taxes rates, reports The Hindu BusinessLine (BL).

Contrasting the economic policies of the BJP with that of Congress which recently promised unconditional cash transfers to the poor in its election manifesto, Jaitley said the party believed in ‘market-based’ reforms which expand the economy.

“Our growth model is that we have to have reforms that are market based, we have to allow the economy to grow further, expand economy and use the enrichment for poverty alleviation for providing rural infrastructure and support to poor and vulnerable. It's only an economy which can afford this is able to provide relief to poor,” he noted.

Manifesto To Be Out Soon

When asked to enumerate the steps the new BJP government would take to boost manufacturing in the country, the minister said, “Wait for a couple of days, when our manifesto comes out, you may find some of the views expressed in that.”