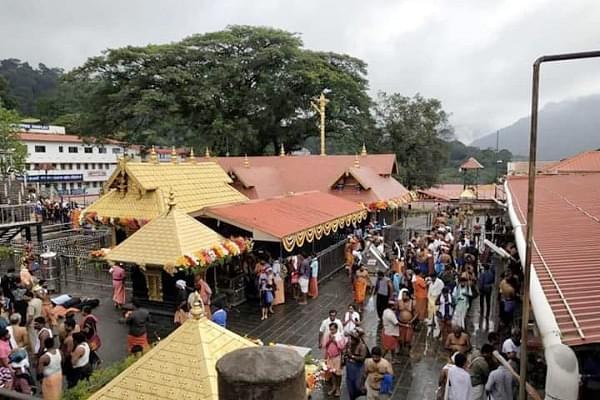 After the pronouncement of the Apex Court verdict allowing the entry of women into Sabarimala temple, people have reacted on social media with some calling the verdict an overreach as it tampered with traditional religious practices. Here is a cross section of people’s reactions on Twitter to the landmark verdict.

BJP leader Tejaswi Surya questioned whether the Supreme Court would act about discrimination by other religions.

Mi Lord, what about religions that hold Gods of other faiths as not just lesser ones, but as false? What about fate to which followers of false Gods are eternally condemned?

Will my lords out law such religions as well, holding them to violate constitutional morality? https://t.co/sVWYAKY5o6

One user was critical of the Supreme Court following the verdict.

The Indian Supreme Court, maybe along with the UK House of Lords, has to be one of the most bizarrely unaccountable, inconsistent, anti-democratic institutions in any modern mature democracy. Unelected, self-appointed theological experts, sociologists, anthropologists, 'liberals'

Lawyer Sai Deepak Aiyer one of the respondents in the case commended the dissenting opinion of Justice Indu Malhotra.

Her Ladyship, the sole woman, Ms. Indu Malhotra, is the sole voice of dissent and agrees with the position of the #ReadytoWait campaign in principle. Her Ladyship has acknowledged that there exists a distinction between diversity and discrimination. Swamiye Saranam Ayyappa!

Protests were made about the alleged hypocrisy when it comes to court judgements with regards to religion.

âLesser childrenâ it seems. We have 2 religions with theological fundamentals dedicated to demonsing non-believers as kaffirs, infidels, heathens etc . Leave alone outlawing them, the courts and constitution privileges then with special rights. https://t.co/2v2fZMkjxC

One user cheekily called out the ‘patriarchy’ in the judgement.

The real patriarchy was in the judgement when the only lady Judge who understood the customs was sidelined and 3 other Male judges decision prevailed.. #SabarimalaVerdict https://t.co/9qtkLU3kpA

On a lighter note it was observed by an user that he had correctly predicted the outcome of the verdict a couple of months back.

Hope it is at least 4-1. IM dissenting would be superb ð

It remains to be seen how the larger public mood unfolds with regards to the verdict in the coming days.