‘Will Tap Indian Market With All Our Might’: Apple CEO Tim Cook Reveals Company’s Ambitious Plans For India 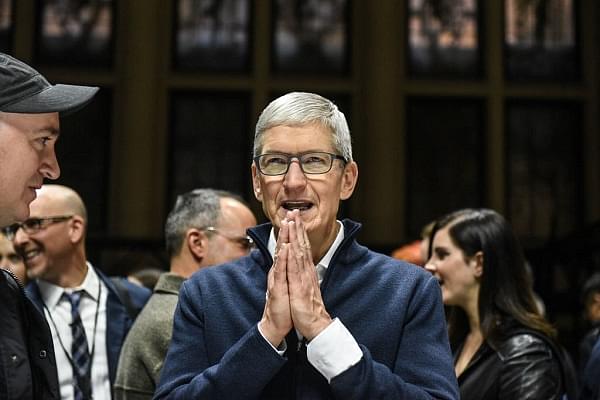 United States’ technology giant Apple is planning to tap into the Indian market, where the company has so far struggled to make inroads, with all its might, chief executive officer (CEO) of the company Tim Cook said, reports The Hindu.

According to the report, responding to a query on Apple’s plans in India during its second-quarter earnings calls, Cook emphasised on the vitality of the Indian market for the long term.

“I think India is a very important market in the long term. It’s a challenging market in the short term but we are learning a lot,” Apple’s CEO was quoted in the report as saying.

Cook said the company started the phone manufacturing in India and that it intends to grow that capability. Apple also wants to establish its retail stores in India, he said.

“We were working with the government to seek approval to do that and so we plan on going in there with sort of all of our might,” he added.

As per the report, the company has embraced the Make In India initiative by the Indian government and have set up an assembly plant at Peenya, Bangalore to assemble iPhone SE (its most popular and least expensive phone) and iPhone 6S in collaboration with Wistron Infocomm Manufacturing India (a subsidiary of Taiwan’s Wistron Corp).

“It’s a long-term play. It’s not something that’s going to be an overnight huge business. But I think the growth potential is phenomenal and it doesn’t bother me that it’s primarily an Android business at the moment, because that means there’s a lot of opportunities there,” Tim said.

According to an Economic Times report, Apple had a 1.2 per cent market share in India at the end of 2018, with sales decreasing to almost 1.7 million units.

Currently, only two companies - Chinese phone maker Xiaomi and South Korea’s Samsung Electronics - control 50 per cent share of the Indian smartphone market while the Android accounts for 63.99 per cent of the operating systems used in the country.