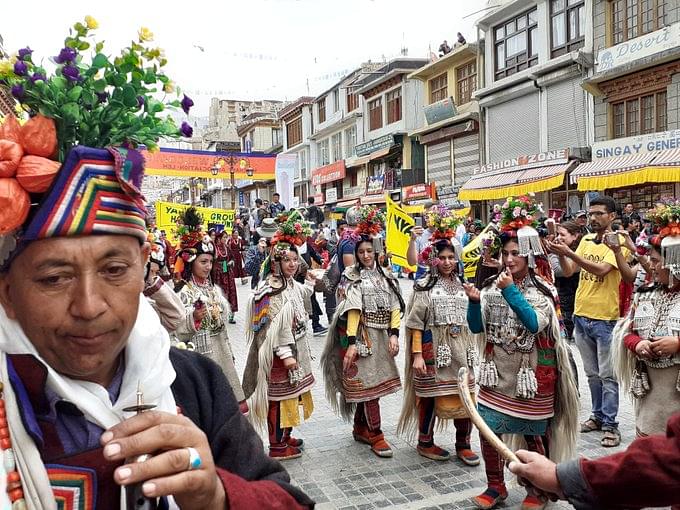 Cultural troops from Aryan valley in Ladakh Festival. (via Twitter)

With Ladakh soon to get its Union Territory (UT) status, the two districts comprising the new UT, Leh and Kargil are set to compete for the tourists from India and abroad with Kargil looking to shed the ‘war zone’ tag it has earned from the 1999 war with Pakistan, PTI reports.

Families from the region made an appeal to the Union Tourism minister for funds to increase tourist amenities in the district during his recent visit to the region.

"Even 20 years after the war, if you type Kargil in a search engine, the first result that pops up is Kargil war. That is so unfair to the people of the region whose mainstay is tourism. Because of the war zone tag, we have never realised our potential of being a tourist destination despite the region having various places of interest," said Ashraf Ali from the All Kargil Travel, Trade Association.

With the stranglehold over Jammu and Kashmir now over, people from the region are now looking at the opportunities that will open up to generate better livelihoods.

“We have the Aryan Valley, the Suru Valley, Drass, Zanskar Valley which could be promoted as tourist destinations. Also, we have three Buddha rock carvings which are the last such carvings after the Bamyan statues were destroyed in Afghanistan by the Taliban,” a hotelier in the district said.

On its part, the government has said that it will ensure parity in the distribution of resources that will be allocated to the UT between the two districts.