With Purvanchal And Bundelkhand Expressway Construction In Full Swing, UP Will Start Work On 594-km Ganga Expressway In Jun 21 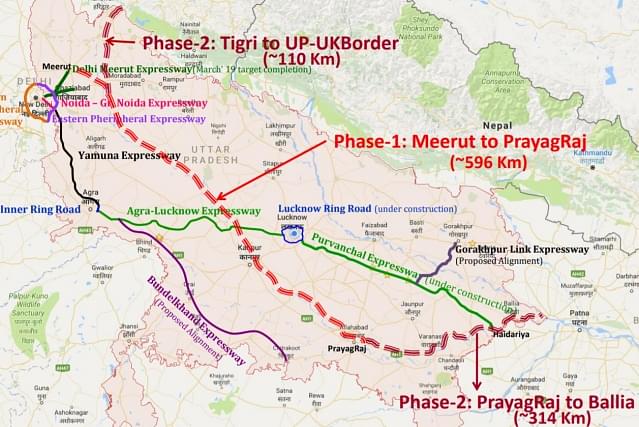 With the construction of Purvanchal and Bundelkhand expressways progressing rapidly, Uttar Pradesh Chief Minister Yogi Adityanath has now shifted focus to his dream project -the 628-km-long Ganga Expressway from Meerut to Prayagraj, at a cost of over Rs 36,000 crore.

Yogi Adityanath has ordered the officials to ensure that the foundation stone for the 594-km-long six-lane expressway, expandable to eight-lane must be laid in June 2021 and 90 per cent of the land acquisition should be completed by then.

While issuing fresh directives to the departments concerned on Saturday (Nov 21), Yogi Adityanath asked the officials to get into 'mission mode' and bring the mega infra project on the ground soon.

Once completed, the total network of expressways in Uttar Pradesh will be 1,900 km.

The unique aspect of Ganga Expressway is that it will link other expressways in the state through Lucknow-Agra Expressway, Purvanchal Expressway and Ballia Link Expressway.

Additional Chief Secretary (Home) and UP Expressway Development Authority CEO A Awasthi described the project as “one of the biggest challenges” for the state government given its scale.

“In Phase-2 of this project, Chief Minister Yogi Adityanath wants us to take the Ganga Expressway up to Haridwar and Varanasi which will make its length over 1,000 km,” he said. This network of expressways will open the entire UP to Delhi and benefit Bihar as well, Awasthi said.

Yogi Adityanath first unveiled the plan for construction of Ganga expressway during Kumbh Mela in 2019.