With Shiv Sena On Its Way Out Of NDA, Lok Janshakti Party Hints At Going Solo In Upcoming Jharkhand Polls 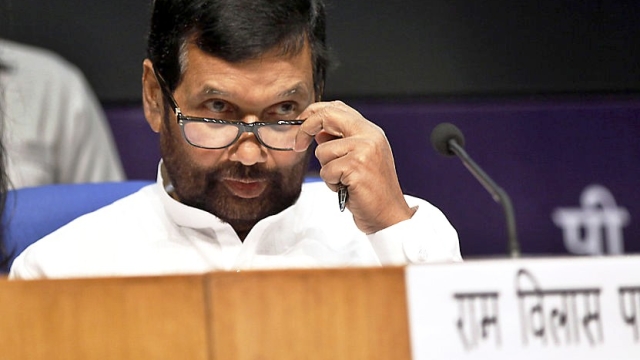 Merely days ahead of the Jharkhand Assembly elections, the Bharatiya Janata Party (BJP) led National Democratic Alliance (NDA) received a shock on Monday (11 November) as Lok Janshakti Party (LJP) indicated that it could go on to contest the elections separately, reports The Hindu.

The development comes as the BJP has not yet responded to the LJP's demand for a share of six seats to contest the elections on, irking the latter. It should also be noted that the LJP made its disgruntlement with the BJP public on the day when the NDA lost its oldest member, the Shiv Sena.

Speaking for his party, the newly-appointed president of the party, Chirag Paswan said shared that though he wants to contest the upcoming elections in a partnership with the BJP, he has still not received a reply on the letter he wrote to BJP president Amit Shah, working president JP Nadda and incumbent Jharkhand Chief Minister (CM) Raghubar Das, five weeks ago.

Paswan also made public that his party has asked the BJP for six seats to contest to on as an alliance partner. As per Paswan, the six seats his party has demanded are seats on which the BJP did not perform well.

Asserting that the LJP is not ready for this kind of treatment, Paswan said that the party's state unit was also eager to go alone in the elections.