Woman Dies Of Excessive Blood Loss During Delivery, Family Drags Doctor Out Of Hospital And Thrashes Him 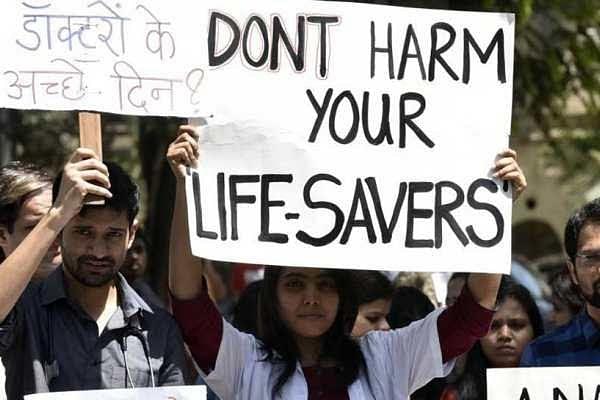 A doctor was mercilessly beaten on Saturday (7 September) by a mob in Uttar Pradesh’s Bareilly district after he failed to save life of a woman who was admitted in the hospital on Friday (6 September), days after delivering a baby at her home.

Naeem Begâs wife delivered a child at home on Wednesday. Lost so much blood her hemoglobin was 3.9 but it was only checked when she was taken to hospital on Friday. She died.
Naeem Beg and his folk did #MobLynching of the doctor, brazenly pulling him even from the police car. pic.twitter.com/MAx49qd6Bi

According to an Amar Ujala report, Gulshan, the 30-year-old wife of Naeem Baig, gave birth to a child at their home in Haridaspur village on Wednesday (4 September). However, on Friday (6 September), Gulshan’s condition started deteriorating following which her husband took her to Leelawati General hospital in the village, where Dr Manoj sent her blood sample for a test in a local lab.

The test report revealed that haemoglobin level in Gulshan’s blood had fallen to a dangerous 3.9, after which Dr Manoj advised blood transfusion for which she was admitted in the hospital on Friday (6 September).

However, during the blood transfusion process, Gulshan’s condition started worsening and she died at 11am on Saturday (7 September).

After hearing news of her death, Naim’s family and hundred of other villagers arrived at the hospital and started creating a ruckus. They alleged that Gulshan died due to infusion of wrong group of blood and held Dr Manoj hostage. Later, they dragged him to the road and started beating him mercilessly.

The police arrived at the spot and tried to save Dr Manoj by putting him into their vehicle. However, the mob was so agitated that they brazenly dragged Dr Manoj from the police vehicle and started beating him again.