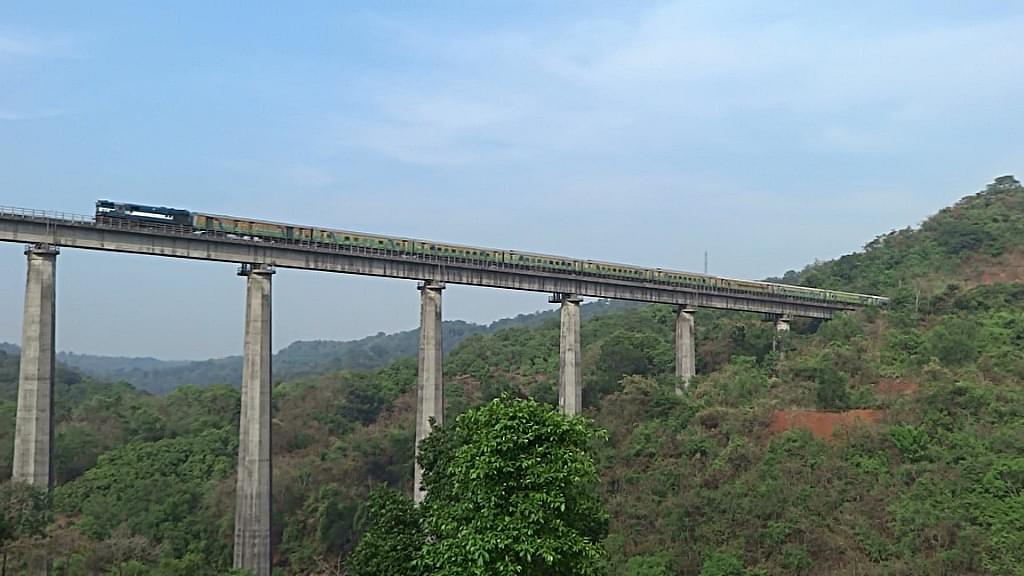 The railways’ ambitious plans to link Manipur’s capital Imphal with a broad gauge railway link is all set for completion by 2020. The project, worth an estimated Rs 13,809 crores, enjoys the status of a ‘National Project’. The rail link, which is 111 km long, passes through the steep rolling hills of the Patkai ranges.

The Chief Engineer of the project stated that the alignment of the line traversed steep gorges and rivers flowing at low ground levels, making the construction of 52 tunnels and 149 bridges necessary.

One of the pillars constructed for the bridge rises to a height of 141 metre, giving it the distinction of being the world’s tallest girder railway bridge.

"This bridge near Noney in Manipur has a height of pillars rising up to 141 metres. This bridge is slated to become the tallest in the world from the point of view of pillar height surpassing the existing tallest of Mala-Rijeka viaduct on Belgrade-Bar railway line in Europe where the height of pillars is 139 meters," D C Borah, senior Public Relations Officer, Construction, Northeast Frontier Railway zone, was quoted by the Times of India as saying in the year 2014.

The bridge has been designed to carry up to 25-ton axle-load freight trains.

Since the bridge is coming up in seismic zone five, special precautions are being taken to maintain the long-term stability of the structure. The railway line and the bridge are being treated as strategic projects by the government with a view to giving trade, tourism and military movement in the region an impetus.

Elaborate security arrangements for the bridge are being considered, including the deployment of drones, sensors and CCTVs.