Wrapped In Secrecy Till Now, India’s Indigenous Nuclear Missile Tracking Ship To Be Delivered In December 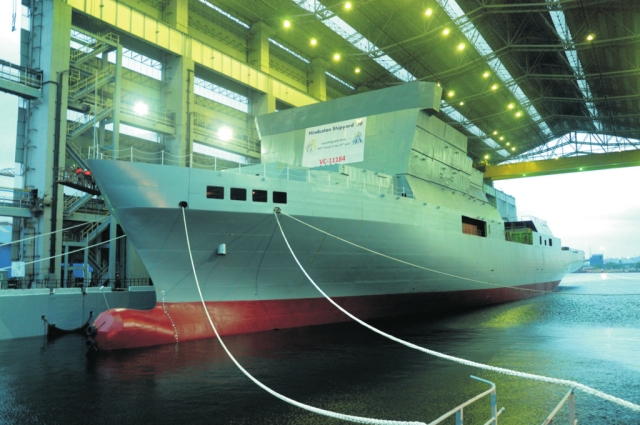 India’s mission to build an indigenous nuclear missile tracking ship, wrapped in secrecy till now, is set to deliver just four years after it was started by Prime Minister Narendra Modi’s government. The vessel is ready, is currently undergoing trials and will be delivered by December, The Economic Times reports.

“The keel of the vessel was laid in June 2014 and we would have completed it in less than five years. It is a very complex vessel and we have set a new standard for building vessels of such class on time,” he added.

The secretive programme is under the direct control of the Prime Minister’s Office and is monitored by the National Security Advisor.

The ship has been built as part of the government’s plan to create a nuclear missile shield for the nation. The ship will track enemy missiles a giving data on tests of ingenious missiles conducted by India.

Weighing over 15,000 tonnes, the ship one of the largest-ever built by an Indian yard. According to reports, the cost of the project was Rs 725 crore.

To keep it away from the eyes of foreign satellites, the ship was constructed in a covered dry dock. Now out in open, it is visible from the Vizag channel.