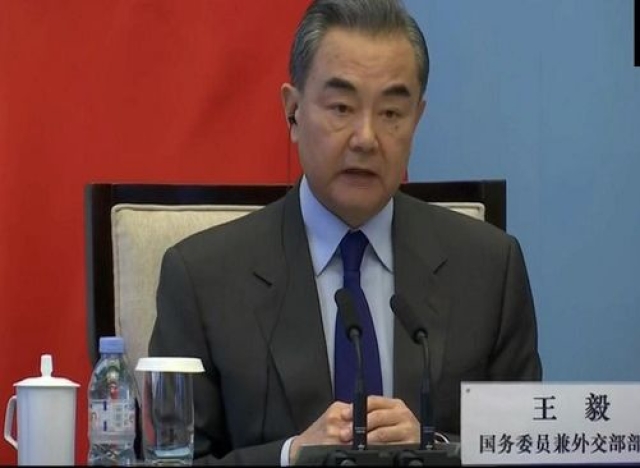 In what can be seen as step forward for India’s strategy to internationally isolate Pakistan on the issue of cross-border terrorism in the aftermath of the Pulwama attack on a CRPF convoy, India, Russia and China have agreed jointly to combat terrorism through closer policy coordination, reports News18.

External Affairs Minister Sushma Swaraj has been on a visit to Wuzhen in Eastern China to meet with her counterparts from Russia and China. "We agreed to jointly combat all forms terrorism through closer policy coordination and practical cooperation. Especially important is to eradicate the breeding grounds of terrorism and extremism," Chinese Foreign Minister Wang Yi said at the end of the meet.

The use of the phrase of ‘breeding grounds of terrorism’ is especially important in light of India’s airstrike yesterday inside Pakistani territory targeting a Jaish-e-Mohammed (JeM) terror camp in Balakot, Khyber Pakhtunkhwa.

Since the operation, Pakistan has upped the ante at the Line-of-Control (LoC), violating the ceasefire at several locations by through firing and shelling.

However, the Chinese minister also asserted that Pakistan has always been opposed to terrorism. He added that he was happy that both Indian and Pakistani officials had indicated at attempts at avoiding escalation.

"As a mutual friend to both India and Pakistan, we do hope that they can conduct a dialogue to establish facts through investigation to keep things under control, maintain peace and stability in the region. In this process, China is playing a constructive role and not the opposite," Wang stated.