Year Of The Tiger After Decades Of The Dragon: Foreign Investment Into India Tops China For First Time Since 2000 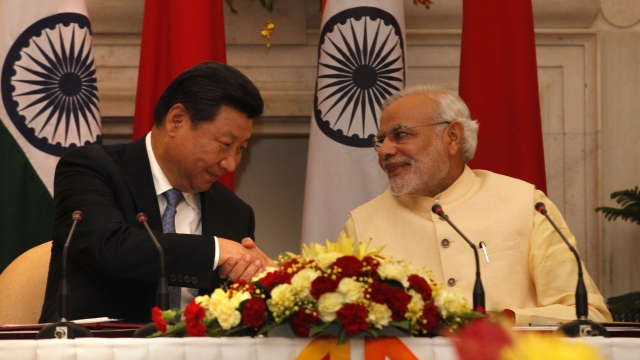 Overseas companies have invested over $38 billion in buying assets in the India, while only $32 billion was poured in China so far this year (2018), as reported by Wall Street Journal (WSJ).

This was the first time that foreign investment activity in India topped China’s since at least 2000. This development comes on the back of the two blockbuster deals closed by two global giants. While UK-based FMCG (Fast Moving Consumer Goods) giant, Unilever acquired GSK’s consumer healthcare business in India, the US-based Walmart Inc, bought one of India’s largest e-commerce startups, Flipkart, in a $16 billion deal.

A Harvard University report stated that India is expected to be the fastest growing economy in the coming decade, beating the US (United States) and China. The country will average an annual growth rate of 7.9 per cent.

Commenting on the drivers of India’s growth story, a BCG (Boston Consulting Group) report noted, “in terms of consumption expenditures, emerging cities (those with populations of less than 1 million) will be the fastest growing. Fueled by rising affluence, expenditures in these cities are rising by nearly 14 per cent a year.”

The report also added, “Consumers in emerging cities behave differently from the big-city consumers. They have a strong value-for-money orientation, significant local cultural affinity, and a more conservative financial outlook. They have high purchasing aspirations but are often constrained by product availability.”

Also Read: Has India Been Getting SEZs Wrong All The Time?