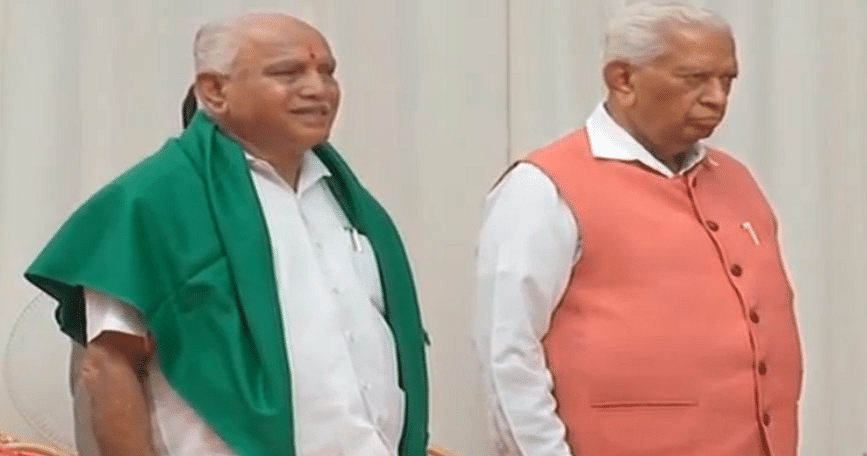 The Governor of Karnataka Vajubhai Vala today (15 May) administered the oath of office and oath of secrecy to Bharatiya Janatha Party (BJP) leader B S Yeddyurappa at Raj Bhavan in the state capital of Bengaluru. Yeddyurappa has 15 days to prove his majority on the floor of the house.

Yeddyurappa alone was sworn in with top BJP leaders including Prakash Javadekar present at the venue. This is his third term as the Chief Minister of Karnataka – twice in 2008, first for seven days, then for 3 years till he was asked to step down over allegations of being involved in an iron ore mining scam.

Legislators of the Congress and Janata Dal (Secular) who had been sent to the Eagleton Resort in Bidadi to prevent defection have decided to protest outside the Vidhana Soudha.

The Supreme Court had a few hours ago refused to stay Yeddyurappa’s swearing in and has said that it will hear the Congress’ plea on Friday (18 May).