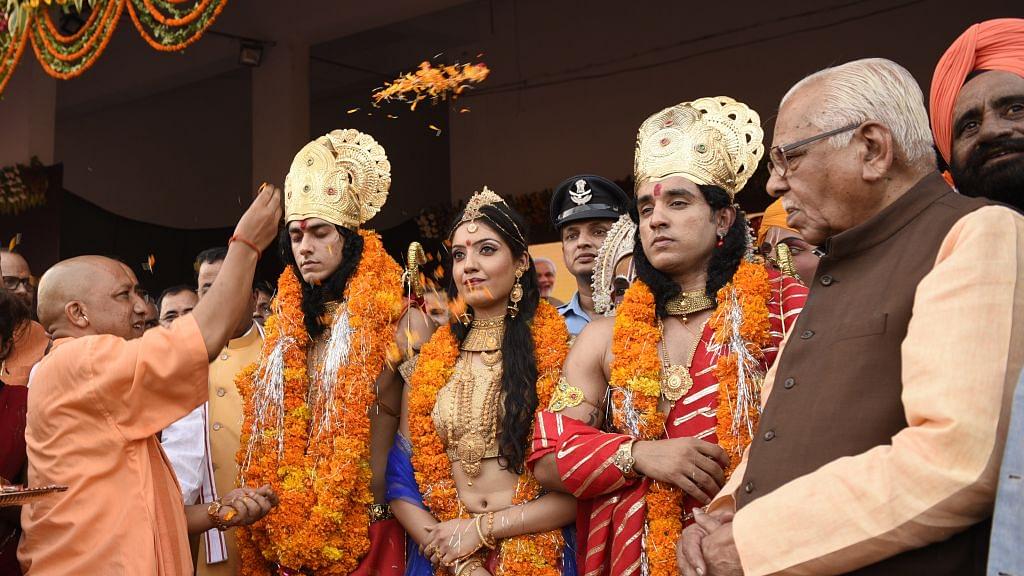 The Yogi Adityanath government is planning to celebrate Diwali in a grander manner than its previous two editions. From 24-26 October a special deepotsav (festival of lamps) will be held in Ayodhya, which will also aim at creating a new world record.

Amid the ongoing proceedings in the Ayodhya land case in the Supreme Court, which has set 18 October as the deadline to complete all arguments, the state government's Ayodhya deepotsav plans are attracting attention.

“This year the deepotsav will be grander and we will make a record. The development in Ayodhya will inspire the rest of eastern Uttar Pradesh. Tourists from all over the country will throng here. The state government is working hard on this. Our government is trying to retrieve the old grandeur," said Chandramohan, the state Bharatiya Janata Party (BJP) spokesperson.

The state government is aiming to create a new record of illuminating diyas (earthen lamps) in one go with over 3.5 lakh diyas. Last year on Diwali, 3,01,152 diyas were illuminated, which entered the Guinness World Records.

The town will also see the illumination of all the temples and monuments in the town, street lighting, a Shobha Yatra (pageant), a Maha Aarti on the ghats of the Saryu, a light-and-sound fireworks show, a drone show, arrival of Lord Ram and Sita by helicopter, besides the lighting of the lakhs of diyas. Like last year, this year also Ramlila performances will be held with overseas plays from five countries to be the highlight.

For the past three years, the Yogi government has been celebrating Diwali in Ayodhya on a grand scale. This time the plans are to make Ayodhya reflect the Treta Yug look and feel. All the buildings and the walls in the town are being painted the same way as was seen during the Kumbh Mela. Various cultural programmes will be organised.

Tourism Ministers from all the states have been invited. Guests from several foreign countries are also expected. Efforts are on to have Thailand king Maharaja Vajiralongkorn as a guest along with the heads of states from Mauritius, Trinidad and Indonesia.

Artists from different states will perform during the cultural extravaganza.