“You Are Much More Than The Numbers On Your Report Card”, VP Venkaiah Naidu Addresses Students 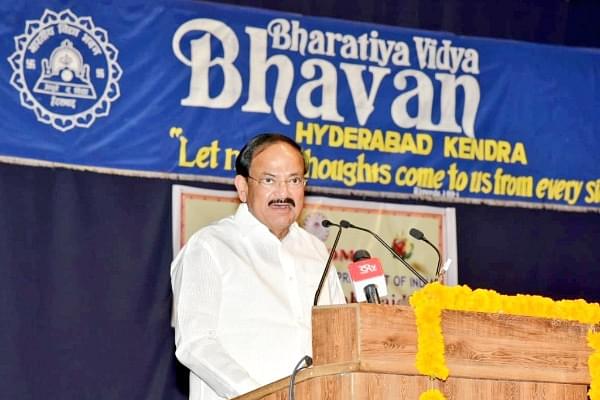 India’s Vice President, Venkaiah Naidu on Wednesday (24 September) said that the syllabus for school children in the country should be reduced by half, reports The New Indian Express. While Interacting with the students of Bharatiya Vidya Bhavan, Hyderabad, he said, the students need to study “50 per cent from their classrooms and the rest from playgrounds.”

The Vice-President who is in office since August 2017 has said the concept of examinations needs to be based on measuring a child’s capacity to question the things around them. Naidu further motivated the youngsters never to let their marks define or restrict them. “You are much more than the numbers on your report card,” he told the students.

An official release quoted the Vice-President as saying that schools need to encourage other extracurricular activities alongside physical fitness. “The syllabi for school children in the country should be halved, and students should learn 50 per cent from their classrooms and the rest from playgrounds,” he said.

Naidu also praised Bharatiya Vidya Bhavan’s pivotal role in the education scenario of the country since ingratiation in 1938. Along with Vice President Naidu, the caretaker Deputy Chief Minister of Telangana Mohammad Mahmood Ali, and other dignitaries were present at the event.