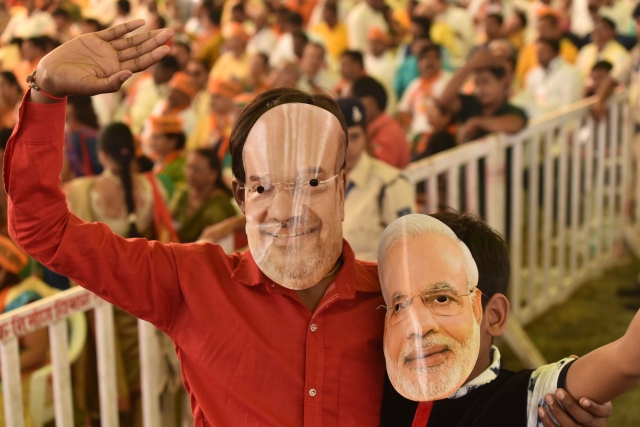 During a Rahul Gandhi rally in Dhanbad, Jharkhand, a boy was slapped by a policeman for wearing a mask of Prime Minister Narendra Modi. The incident was caught on camera, and onlookers can be heard asking the victim to say ‘Chowkidar Chor Hai’.

Watch the footage below:

What kind of Police Gundagardi is this?? Policeman tears off Kids Modi mask, SlÐ°Ñs him and threatens him & others to say "Chowkidar Chor Hai" pic.twitter.com/rQR2gEKynW

According to Yahoo! News, Dhanbad Police has issued a clarification saying that its policeman Surendra Kumar had ‘lightly slapped’ the boy after he refused to take off the mask. Kumar had asked him to remove his mask as Rahul Gandhi’s cavalcade was about to pass through the area.