‘Zip To Bengaluru In 90 Minutes’: Mysuru-Bengaluru Economic Corridor To Come Up By September 2022 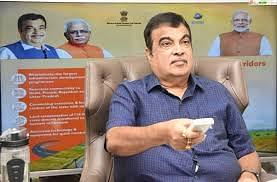 More than 45 per cent of the project to upgrade the Mysuru-Bengaluru National Highway 275 to a 10-lane economic corridor has been completed, Star of Mysore reports.

The road is slated to be opened up by September 2022 and will drastically cut down the travelling time between the two cities. As of now, 38000 vehicles traverse in the route on a daily basis and it takes around three hours to complete the journey. Following this upgradation, the journey time will be halved to 90 minutes.

The economic corridor project between the two cities taken up under Bharatmala Pariyojana Phase-I will approximately cost Rs 7400 crore. It will be completed in two packages. The first one runs from Bengaluru to Nidaghatta costing around Rs 3000 crore and the second package connects Nidaghatta to Myusuru and Rs 3500 crore will spent on the same. Union Minister for Road Transport and Highways Nitin Gadkari revealed that 2,021 acres of land has been obtained for the two phases.

The 10 lanes will be segregated accordingly: six lanes will be dedicated to the economic corridor whereas two top-class service roads will be constructed on either sides of the corridor. Gadkari also announced that food parks will be instituted on both sides of the 10-lane highway at Ramanagara in a move that will provide convenience to commuters and enhance business opportunities in the route too.

“The project is well planned and the scope of the work also includes construction of nine major bridges, 44 minor bridges and four road over bridges and road under bridges. The projects that have been inaugurated now will pave the way for the development of Karnataka and the roads will enhance better connectivity, convenience and economic growth in the State,” the Union Minister stated in a virtual event.