A Sparrow Face And A Teapot 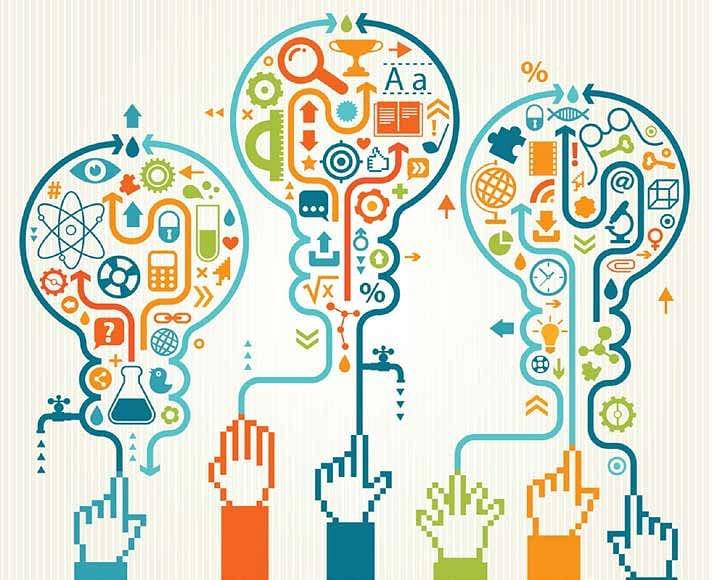 We seem to be too lost in our splendid reflections to notice or care as we raise a generation whose self-esteem has a direct correlation to the number of likes on social networking sites.

Not all articles are the result of macaronic musings and reckless ramblings. At least, this one is not! I so wish this month’s inspiration had come to me through a happy happenstance; unfortunately, some seeds get sown in sorrow…

A couple of days ago, on a usual morning, I woke up to some rather graphic and gruesome news. Two Russian teenaged girls were electrocuted and exploded into a human fireball while attempting to take the ultimate selfie atop a train (they are, at the time of writing, battling for their lives after sustaining 70 percent burns).

The saddest part is that less than a few weeks ago, a Romanian teenager had lost her life attempting the same “special selfie” (on a train roof) where the electrical field surrounding the overhead cables sent 27,000 volts zapping through her body. To say that I was saddened would be a misstatement. To be honest, I was livid! Precious lives lost…and for what—A Stupid Selfie!

Of late, this selfie obsession has reached epidemic proportions. One keeps reading tales of people who died trying to capture that elusive “perfect” selfie. And, to be honest, it’s driving me crazy! Hence, this cerebral catharsis! The other day, I was shopping at a mall and saw that a group of teenagers were leaning precariously against the glass railing as they clamoured to fit in the frame. A security guard, who obviously had more sense than them—rushed in to avert what could have been a possible tragedy.

As I rode the escalator, I wondered long and hard about how social media has been transforming us into the most blatantly self-absorbed narcissists. Every morning when I log into my Facebook account (and trust me, it’s NEVER to post selfies), I’m awestruck by the phenomenon. Looking at me, staring back at me are innumerable selfies (of friends-n-families). (Confession: I have to admit that I have on some occasions unfollowed/unfriended some people when it became a bit of a nuisance. In fact, I wanted to invoke Section 133 of CrPc but figured that would be too drastic a step. Sorry y’all…then again, I’m sure you haven’t even noticed.)

Some spout the now-old duck lips; some don the new-age sparrow face. With pigeon toes and teapot arms, these self-adoring princesses and princelings have little inkling of what happens beyond their nose. At its best, it seems woefully vain; at its worst, it appears worryingly narcissistic.

Of course, in some ways, they are indeed Narcissus personified—he had his lake; they have their lens. For the ones unfamiliar with the story of Narcissus, it’s time for some quick lessons in Greek mythology. This classic tale of Narcissus is taken from Ovid’s Metamorphoses.

Narcissus was a beguilingly handsome man born to—ironically!—the river god Cephisus and the water nymph Liriope. When Liriope asks the seer Tiresias if Narcissus will live a long life; the seer cryptically prophesizes that Narcissus will die the day he comes to know himself.

Narcissus enchants all those who lay their eyes upon him—irrespective of gender. However, consumed by an overweening vanity, he spurns them all. After he rejects the advances of Echo, the beautiful mountain nymph—she grieves over her unrequited love till only her faint voice remains as she hides in caves (where you can still hear her).

Soon, Nemesis—the goddess of righteous revenge—decides to bestow the same punishment on Narcissus as well…After all, he who could not love others should only love himself. She, therefore, lures him to a lake, where he invariably falls in love with his own reflection. Pining for himself, he soon dies of unrequited self-love. Narcissus is thus punished for his sin of hubris or false pride.

Western thought too considers pride a deadly sin. What’s more—it’s, in fact, the first deadly sin! Then why is our society becoming increasingly narcissistic? And what’s the possible cure?

The answer to the first is rather simple—sheeples on social media are a dangerous breed indeed. Take, for instance, The Tale of Two Sisters who were unfriended rather unceremoniously from my Facebook account. Before you conclude that I was rather harsh on them, let me recount the tale of the “ultimate selfie” war. I know these sisters rather well; hence I’ve been privy to the sordid details of their sibling rivalry. What I hadn’t anticipated was to see it being played out on the white-and-blue screen of my Facebook page (I swear, I wasn’t trolling them. I was just one of the many who were tagged in these innumerable selfies).

Armed and ready, these sisters set out to do the inevitable—a battle for selfie supremacy. Selfie after selfie caught them doing the duck pout, the ankle cross, the knee pop, the teapot arm, the pigeon toe, the sorority squat, blah, blah, blah…

I observed their antics in amusement as neither emerged the clear winner (the number of likes for each snap remained in perfect see-saw harmony). This war that had been waged on the world wide web perfectly proved what Newton said aeons ago: every action has an equal and opposite reaction, where action = selfie. To be honest, all we needed was a mud pit! Of course, in case you think they were simply two dim-witted dames dishing it out to each other—here’s some food for thought: one’s an engineer, the other a doctor! Go figure!

Of course, maybe I’m being a spoilsport. After all, if Barack Obama thinks it’s cool to pose for a selfie at Nelson Mandela’s memorial service (after all…what better time or place?), who am I to scoff in scorn? Besides, the selfie has taught us much. There was a time when we only thought about angles in geometry classes. There was a time when the only duck we could see on visual media was Donald Duck. There was a time when it took a marriage to learn what a self-centred spouse we had. Selfies truly have been selfless in serving us. Leaving sarcasm behind, I’m reminded of what Pamela Rutledge reported in Psychology Today:

“Selfies frequently trigger perceptions of self-indulgence or attention-seeking social dependence that raises the damned-if-you-do and damned-if-you-don’t spectre of either narcissism or very low self-esteem.”

Before I say au revoir to you though to mull over next month’s column, let me leave you with an extract from Paulo Coelho’s The Alchemist.

“The alchemist picked up a book that someone in the caravan had brought. Leafing through the pages, he found a story about Narcissus. The alchemist knew the legend of Narcissus, a youth who knelt daily beside a lake to contemplate his beauty. He was so fascinated by himself that, one morning, he fell into the lake and drowned. At the spot where he fell, a flower was born, which was called the narcissus. But this was not how the author of the book ended the story. He said that when Narcissus died, the goddesses of the forest appeared and found the lake, which had been fresh water, transformed into a lake of salty tears. ‘Why do you weep?’ the goddesses asked. ‘I weep for Narcissus,’ the lake replied. ‘Ah, it is no surprise that you weep for Narcissus,’ they said, ‘for though we always pursued him in the forest, you alone could contemplate his beauty close at hand.’ ‘But…was Narcissus beautiful?’ the lake asked. ‘Who better than you to know that?’ the goddesses asked in wonder. After all, it was by your banks that he knelt each day to contemplate himself!’ The lake was silent for some time. Finally, it said: ‘I weep for Narcissus, but I never noticed that Narcissus was beautiful. I weep because, each time he knelt beside my banks, I could see, in the depths of his eyes, my own beauty reflected…’”

To be honest, Paulo Coelho’s words left me wondering: is vanity an omnipresent sin and are we all simply sinners with splendid selfies?

Then again, in typical mythical style, these deaths-by-selfies too seem to be sending—pardon the pun—a morbid message. Unfortunately, we seem to be too lost in our splendid reflection to notice or care as we raise a generation of posers and pouters. Then again, we are creating a generation whose self-esteem has a direct correlation to the number of likes on social networking sites. Thank God, Narcissus didn’t have a smartphone with a 13-megapixel front-facing camera!