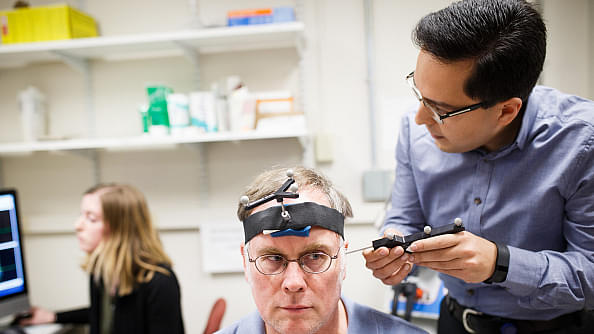 The ubiquity of computers and smartphones and the pervasive presence of digital technology means that everybody who is reading this article is familiar with hackers.

Hackers, as we all believe, are evil people, who either create viruses that ruin our machines or access our computers to steal confidential information with the intention to cause harm. We also have ethical, or white-hat, hackers, the guards and policemen, who with the same level of skill, try to beat the evil black-hat hackers at their game and keep digital assets secure. But the original meaning of hacker was someone who is so intensely immersed in computer technology that he knows much more than what a normal, non-hacker user would ever know about what can be done with computers.

The hacker was the uber-geek, in whose hands a computer could be stretched to perform tasks that it was never meant for and deliver unexpected results. The hacker was a genius, not necessarily the evil genius that he—and it is generally a he—is portrayed to be. He was someone who could, in a sense, disassemble and reassemble the hardware and software in ways that no one else can even think about, to create new functionality. This same kind of behaviour when seen in the world of biosciences is called biohacking.

Given the very wide range of possibilities within biosciences, biohacking means different things to different people but there is one common thread. Just like his better-known computer cousin, the biohacker generally works alone or in small groups and usually outside the regulated confines of a university or corporate laboratory. So his—or her, biosciences is more gender-diverse—activities are usually unsupervised, unregulated and more often than not borders on the unsafe if not almost illegal. But if we leave aside the legal and ethical issues, then biohacking falls into two broad and sometimes overlapping categories, namely grinding, body hacks or body modification on one hand and DIYbio or synthetic biology on the other.

Grinders are people who modify, or upgrade their biological bodies with non-biological components. A very simple body-hack is to have a bio-safe RFID or magnetic chip—similar to what we have in our credit cards—implanted under the skin of the wrist. This chip contains digital information that can be used to “magically” open doors secured with access control devices or unlock smartphone or computers without using passwords. Such implants are not much different from pacemakers but obviously serve a different purpose.

Human beings have five sensory organs but this can be increased or their capabilities enhanced. People have embedded ricegrain-sized neodymium magnets, coated with bio-safe materials like titanium nitride or teflon, commonly used in orthopaedic equipment, inside their arms. In the presence of a magnetic field, say near an electric motor, these vibrate and alert the user to the existence of the field. Bottlenose, an off-the-shelf customisable product from Grindhouse Wetware, extends this basic capability to ultraviolet, WiFi, sonar or thermal signals, so that, for example, people can estimate distances in the dark using sound waves, like dolphins or bats.

Pushing into even more dangerous territory, grinders have laced their eyes with a chlorophyll derivative found in the eyes of the deep sea dragonfish that lives in the mile-deep darkness of the ocean. This causes a dramatic improvement in night vision allowing them to recognise people in near darkness. It is also possible to implant a magnet in the tragus—the small protuberance in front of the ear, used to carry ear-piercing jewellery—that allows one to listen for vibrations generated by a phone and works like an inexpensive earpiece. An even more amazing example is that of colourblind musician Neil Harbisson, who persuaded an anonymous surgeon to perform an illegal operation to implant a camera in his skull and connect it to a vibrating chip placed near his inner ear. Now the colourblind artist can distinguish colours—say the red or green of a traffic signal—by noting the frequency or pitch of the sound that he hears when his face, and hence the camera, turns towards coloured objects.

The most shocking body-hack, pun intended, is to improve the performance of the brain with a 2.5 mA, 15 V electric shock—transcranial direct current stimulation (tDCS). Available off the shelf as ThinkingCap, this device alters the electrical potential of stimulated neurons making them fire differently, leading to better or at least perceptibly different abilities of the brain. Anecdotal evidence suggests that the US armed forces are experimenting with this technology to keep soldiers calm under stress and improve their marksmanship under simulated battlefield situations!

Obviously none of these body-hacks are approved by any medical regulator and experimenters do so at their own peril, but who knows, out of such intrepid experiments may one day emerge a new kind of human being who may be able to breathe underwater or live happily in the methane atmosphere of Titan, a moon of the planet Saturn.

Less dramatic but perhaps more profound is the kind of work that is done in synthetic biology or Do-It-Yourself biology. Most of the projects in this area are focussed on altering the genetic sequence on existing lifeforms to create modified organisms—for example microbes that generate copious quantities of insulin needed by diabetics. “Editing” the genetic code is not easy—it requires big laboratories, lots of equipment and highly trained staff. But thanks to an amazing technology called CRISPR/Cas9 that was developed in 2012, gene editing has now become faster and inexpensive. Key CRISPR tools, the plasmids—a genetic structure, typically a small circular DNA strand, that is widely used in the laboratory manipulation of genes—can be ordered online from companies and non-profit repositories like AddGene, much like books from Flipkart, at prices as low as $60.

While CRISPR promises garage level DIYbio, in reality, there is some basic level of equipment that is necessary to use these tools. This is where gene clubs and collectives have started to appear. From garages and kitchens, we now have biohacker spaces that offer shared services for fairly sophisticated equipment that members can use either against a monthly fee or on a pay-per-use basis, very similar to the way large computers are available on a shared basis from cloud-hosting services like Amazon or Google. BioCurious, located in Sunnyvale in the heart of Silicon Valley in California is one such biohackspace that offers much of the same equipment found in professional labs. Similarly, the London Biohackspace is located within the London Hackspace that is wildly popular with computer hackers working with the latest in digital technology.

Just as software programmers work collaboratively on open-source software like Linux, volunteers are collaborating at BioCurious to create vegetarian cheese without using any animals by modifying the DNA of baker’s yeast. Similarly, a community-driven project at the London Hackspace is trying to create plants that glow in the dark when exposed to mechanical movement or in the presence of toxic chemicals. Community projects at both these labs are also directed towards building new kinds of equipment, like a bioprinter, a 3D printer that can be used to actually “print out” body parts like skin or even kidneys!

Not all projects are community-driven. Some individual hackers experiment with their own DNA to look for genes that may cause diseases, or even to find out what percentage of their own genes comes from Neanderthals!

These biohackspaces are driven by a chaotic combination of ideas and motivation that is very reminiscent of the original computer hackers who laid the foundations of the digital revolution that we see today. In fact, Wired magazine has quoted Bill Gates who says that if he were a teenager today, he would be hacking biology:

Creating artificial life with DNA synthesis. That’s sort of the equivalent of machine-language programming...If you want to change the world in some big way, that’s where you should start—biological molecules.

But while biohacking might change the world, there are risks involved and this risk gets magnified when we have unsupervised people playing with dangerous tools. Hence most of these biohackspaces have basic bio-safety protocols in place to prevent any kind of dangerous experiments and are under informal surveillance of many security agencies including the FBI’s Biological Countermeasures Units. Every technology has the potential to both help and also hurt society and the biosciences are no different in this regard from either computers or atomic energy.

India never quite had the hacker culture that created the computer revolution. Perhaps that is why Indian IT was born, not in the crucible of innovation but in the peat bogs of modifying COBOL programs to address Y2K bugs—and continues with the unfortunate legacy of being a maintenance service industry. Given that a new and far more potent revolution in the biosciences is breaking out all around us, it is important that we quickly create an ecosystem, these biohackspaces, so that our biohackers can lead, not just follow, the herd into the future.