Women Make The Best Spies, Whether It Is The CIA, Mossad Or MI6 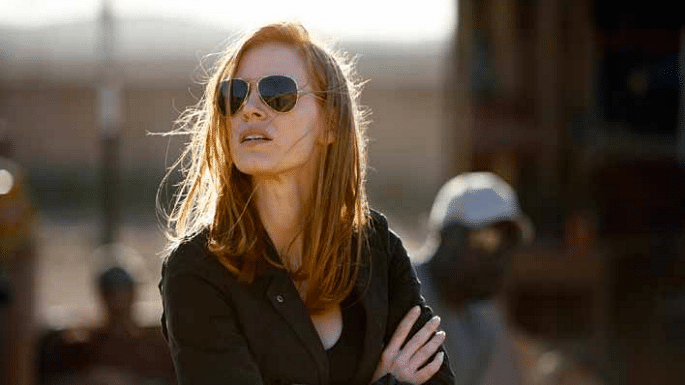 “Her hands and feet chained together, classified as a ‘very dangerous prisoner’ Noor Inayat Khan stared defiantly at her German captors. Her dark eyes flashed at them as they tried to break her resistance. They had virtually starved her, keeping her on a diet of potato peel soup, struck her frail body with blows and subjected her again and again for the names of her colleagues and her security checks. She had said nothing.

“Kept in solitary confinement, unable to feed or clean herself, Noor’s mind wandered off to her childhood days. The dark German cell seemed a world away from her childhood home in France where her father sang his Sufi songs in the evening and Noor played with her younger brothers and sister.

“She was now Nora Baker, a British spy, being tortured and interrogated in a German cell.” — Spy Princess: The Life Of Noor Inayat Khan, Shrabani Basu

To be honest, what reads like an ‘everyday’ prologue from spy fiction was everything a spy thriller probably needed to be, except that it wasn’t fiction and it didn’t star a man! Spy Princess, authored by journalist Shrabani Basu, was based on the life and (execution) of an Indian-origin British spy, Noorunissa Inayat Khan—the only Asian secret agent in WWII. Recruited to be part of Winston Churchill’s elite Special Operations Executive (SOE), Khan became the first female radio operator to be sent to Nazi-occupied France to aid the French Resistance. (The SOE was established in 1940 after the fall of France to “set Europe ablaze”. Their mission was simple: sabotage, subversion, and to wage a secret war against Hitler’s armies, from behind enemy lines.)

Captured, tortured, and executed by the Gestapo at the Dachau Concentration Camp, Noor Inayat Khan, who was a direct descendant of Tipu Sultan, was a woman who refused to break even under the most intense torture; and never revealed any British intelligence secrets. In recognition of her bravery, she was posthumously awarded the George Cross, the highest civilian decoration in the UK.

The riveting story of Noor Inayat Khan is monumental in its inherent meaning. Women make great spies… period! And I am not simply referring to the popular internet meme that reads: “A pissed-off woman does better research than the FBI, CIA and Secret Service combined.” After all, it isn’t a coincidence that the spy who was dubbed “Hitler’s limping nightmare” was a woman with the wooden leg ‘Cuthbert’, Virginia Hall.

In fact, according to a study conducted by Dr Ellen Helsper of the London School of Economics, women were found to be better at ‘snooping’ than men. Indeed, it appeared that some women even developed their IT skills simply to improve their surveillance techniques. Now doesn’t that debunk the popular myth that gadgets are strictly boys’ toys? Or maybe, they are right. For men, they are toys; for women, they are tools! Not surprising, if you remember the plethora of ‘toys’ that Q (short for Quartermaster) provides the most popular spy on the silver screen, James Bond. (Remember the rocket cigarette or the laser watch or the sonic ring? The corniest, of course, was the tube of explosive toothpaste—Dentonite.) Of course, the James Bond franchise is not just known for its zany gizmos, but for the “Bond girls” too. And that alone is a testament to the rampant sexism prevalent in the world of espionage (and it’s not just limited to films), where women are seldom spies; and if they are, their roles are limited to “honey trapping”. After all, names like Pussy Galore or Honey Rider or Strawberry Fields or Plenty O’Toole or Chew Mee or Holly Goodhead evoke and promote a certain sexist mindset.

Although, to be completely honest, it is this very sexism that probably makes women insanely good in the deadly world of espionage, for their feminine wiles are enough to disarm the deadliest dudes. Remember the “heavily-pregnant” Vidya Balan in the racy edge-of-the-seat Kahaani? This perception was best-encapsulated in the dialogue wherein the cop explains in the end, “Ek pregnant aurat se kisi ko darr nahin lagta (No one fears a pregnant woman).” Thus, it is this perception—that women are the weaker sex, and spying is a man’s job—that makes women ideal for espionage. This was also attested to by a female MI6 secret agent, known only as ‘Lisa’, who says, “…that spying seems like a man’s job is possibly the biggest reason women make good ones.” (Note: This perception is not just limited to men, of course. Women too are partners when it comes to believing that women are too emotionally fragile to become a spy. After all, it was a woman, Virginia Woolf, who said:

“War is a man’s game… the killing machine has a gender and it is male.”

What Ms Woolf forgot in the process was that “patriotism has no gender”.) Although, this perception is all set to change, thanks to the prominent role that women (especially one female agent on whom the character of Carrie Mathison in the TV series Homeland is modelled) played in the biggest American manhunt ever—that of Osama bin Laden. She was a CIA operative since before 9/11 and was stationed in Islamabad, where she worked undercover to uncover the secret network of couriers that eventually led her to Laden’s lair. As revealed by Navy SEAL Matt Bissonnette in his book No Easy Day, it was this tenacious, conscientious, courageous female CIA agent who pinpointed bin Laden to his compound in Abbottabad, later joining in on the military raid that resulted in bin Laden’s death on 2 May 2011. It is on this woman that the central character of Maya in the movie Zero Dark Thirty, about the bin Laden mission, was based. Even though Navy SEALS may have pulled the trigger that night, it was a woman who served them their prey on a platter. In 2012, in what can only be described as a stunning departure from protocol, Tamir Pardo, head of Mossad, Israel’s intelligence agency, highlighted the changing role of women in the world of espionage. “Women have a distinct advantage in secret warfare because of their ability to multitask,” said Pardo in an interview. He further added that

“women are gifted at deciphering situations. Contrary to stereotypes, women’s abilities are superior to men in terms of understanding the territory, reading situations, (and) spatial awareness. When they’re good, they’re very good.”

Besides, they are “better at playing a role” and superior to men when it comes to “suppressing their ego in order to attain the goal.”

Female CIA agent Lindsay Moran, too, confided that one of the agency’s best-kept secrets was that their most talented spies were women. Hence, whether it is CIA, Mossad or MI6, women spies have proved, time and again, that they are the bread and butter of international espionage. In fact, a cursory reading of Greek Mythology illustrates how Hera, the reigning female goddess of Mount Olympus (and the suspicious wife of an unfaithful Zeus), was adept at the art of espionage—often ‘shape-shifting’ to spy on the adulterous exploits of her cheating husband. Hence, whether it is nature or nurture, the truth is that women were born with a built-in ‘snooping’ ‘shape-shifting’ DNA that makes them excellent at espionage. I wonder if R&AW’s listening?

Mallika is a PhD in Marketing from IIT Kharagpur, and author of three management books which are prescribed textbooks in universities across India. She has taught in India and abroad, and also written the bestselling thriller I’m A Woman And I’m On Sale. She is currently pursuing a degree in law.