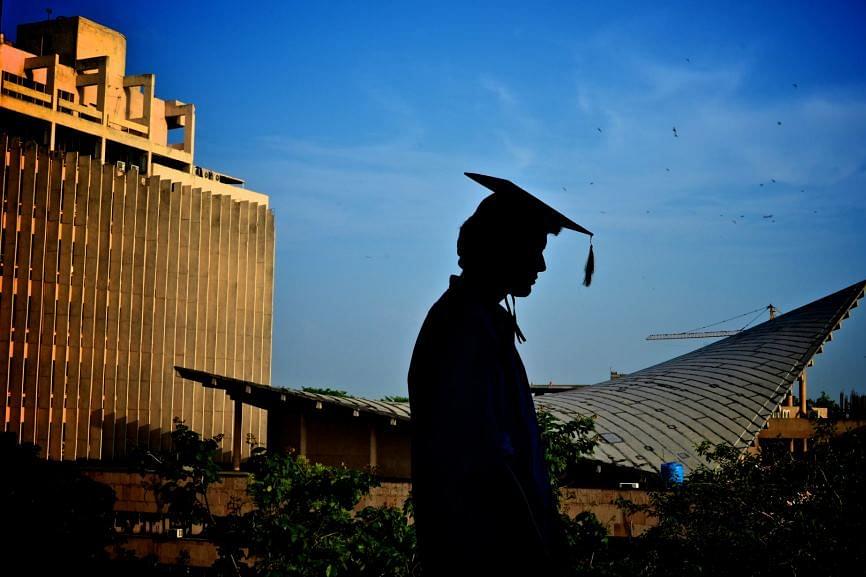 Absorbed in unrivalled decadence and internecine warfare, the medieval Indian elite slept through the Newtonian dawn of science. Bypassed by the Industrial Revolution, India became easy prey for Western colonial masters. It soon lost the entirety of its traditional industry, in return gaining the dubious title of the crown jewel of the British Empire.

Founders of the modern Indian republic therefore, saw technological pursuit as an essential tool for preserving independence and asserting self-respect. This resulted in an early emphasis on establishing federal technical universities such as the Indian Institutes of Technology or IITs (modelled after the Massachusetts Institute of Technology), a vast network of scientific research and nuclear laboratories, and a state-led industrial development model based on mathematically conceived Soviet-style five-year plans.

The stage was all set for India to “step out from the old to the new”, led by the ‘bridge builders’ and ‘commanding-height’ technocrats.

Instead, India slid into a prolonged period of anaemic growth rates lasting decades, finally culminating in a financial catastrophe soon after the end of the Cold War. Much more was shattered than financial pride. The great technological salvation did not come to fruition. Public sector engineering and production firms produced shoddy goods no one wanted to buy. Critical weapons were hurriedly imported. Infrastructure was medieval and most cities were paralysed by waves of rural migration. More tellingly, in the midst of this faltering economic climate, the ‘bridge builders’ and technocrats were fleeing to Western countries at the first opportunity.

India, today, is far cry from that disastrous era. Aided by steady reforms in the wake of the near-death experience of early 1990s, propelled by advancements in telecommunications and cheered by globalisation, India seems to have found its footing. Today, several startups, often younger than a decade, are household brands attracting funds from top global venture firms. These ‘unicorns’ are complemented by rapid uptake of consumer technology by the broader masses. A recent opinion piece appearing in a venerable American magazine even claimed that India has beaten the West in the game of technology.

It is easy to be carried away by this triumphalism, remembering the past fiasco only as a nightmare that has passed. Unfortunately, evidence is to the contrary. Even today, a vast number of India’s engineers are unemployable. Many end up no better at the end of their undergraduate education than when they started. Poor quality technical workforce has ensured that, Indian exports are limited, even mundane technical projects require foreign assistance, and a vast majority of India’s military hardware have to be imported. Even more alarmingly, although management, banking, software engineering, sales and bureaucratic appointments draw the top graduating engineers, India is not a leader in innovation in even these areas.

There are other less obvious consequences of poor technical knowledge too, like endless debates on public issues without any appeal to technical feasibilities and bottlenecks. Inevitably, a regressive culture of jugaad is created with no visible long-term solution. This eventually leads to calling of ‘foreign’ expertise, contributing to a perennial servile attitude in science and technology.

Demonstrably, the root of the problem lies with India’s antiquated technical education system. This has the most deleterious impact on the elite colleges, which admit the very best and corner most of government resources. Their strictly regimented curriculum, originally built for rationing limited resources and conceived well before the invention of the Internet and the smartphone, has long outlived its utility. It needs reimagining to better serve contemporary India and some of the unique challenges of modern scientific and technological landscape.

Unfortunately, time is limited. The demographic dividend is fleeting and technology is increasingly weaponised and cartelised as soon as they mature out of labs. Therefore, any proposed changes must be quick, disruptive, and not incremental.

One simple change can have such a disruptive and long-term beneficial impact on technical education. That would entail abolishing the current practice of allocating specialised branches (eg electrical, computer science, mechanical etc) before the students even formally begin their classes. Instead of allocating a branch at the very outset, the specialisation must have a significant component of student choice and should come later in their engineering curricula. This single step can dramatically accelerate both quantity and quality of India’s technological capacity.

Millions of students endure years of gruelling preparations to enter elite engineering colleges. Sadly, as soon as they enter the university system, they find themselves locked into a specialisation stream that does not suit their talents, abilities or ambitions. The realisation that they have to face four to five years of education in fields that lack personal relevance or satisfaction can be extremely demoralising, sometimes fatally.

It is thus not a surprise that students desperately rush to finish their studies with as little personal and intellectual investment as possible. They are not engaged in what they are learning and, often, there is some element of shame for not being in their desired specialisation. This creates a chain reaction of apathy, self-loathing and poor morale in the ensuing years, ending with a vast majority of departments emptying their graduates into unrelated areas of work. Even in elite engineering schools like IITs, a significant proportion of non-computer science students never work in their primary areas of training.

It would serve India’s best interests to embrace a new system of comprehensive undergraduate branch entrance (CUBE). Under CUBE, students will join the institutions of their choice, waiting at least two years before selecting specialisation. During their first two years, they will study advanced sciences, manufacturing and design, economics, applied mathematics, coding and other most essential engineering subjects. During this period, various departments will continue to give presentation classes explaining clearly what their discipline seeks to discover, projects currently pursued by students in the department, industrial partnerships and the general outlook of the department. Active participation of senior students and young faculty will add to the vigour.

This period will end with students beginning to take a semester of electives in their potential areas of interest. This will provide them with an opportunity to recognise their areas of interest and personal fulfillment. After this stage, departments will begin admitting student based on their own admittance criteria, publicised well in advance. This could be a combination of rank, college-level performance, personal interviews and project presentations against student choice. Once accepted into a stream of their choice, students will continue to study for an additional two or three years (depending on BTech or Dual Degree BTech/MTech programme) to further specialise and deepen their knowledge in their chosen discipline.

Those departments, which require minimal physical infrastructures, such as computer science, economics and mathematics should be especially discouraged from artificially limiting their intake. Additional overhead money, faculty hiring lines and graduate student support should be allocated to departments depending on student strength to incentivise the recruitment process.

Any criticism that a select few departments will be ‘flooded’ is unfounded. This type of thinking betrays a static and scarcity mindset. In the current set-up, vast majority of students, anyway end up doing software, banking, analytics and services jobs. There is no reason for creating hurdles in their way, especially when physical infrastructure needed to train these graduate in these fields is nowhere near prohibitive. It would be of greater benefit to the students and the country to allow them to pursue and prepare for a career path of their choice.

As departments adapt to this new system with their own set of incentives, a dynamic equilibrium will set. The overall outcome would be higher student morale and better technical absorption leading to better job candidates, future graduate students, project quality and a large number of useful startups.

Several departments may initially experience some contraction in student enrollment. This is not necessarily bad, since many departments may well be functioning at unsustainable levels. Eventually, subject matter relevance, demand and supply of jobs, resources and research money will find a balance with student enrollment. Interdisciplinary curriculum will organically arise as departments will dynamically alter curricula to stay relevant and interesting.

Existing teaching methods would also change radically to retain the best students. Currently, teaching can be extremely abstract and dry which will undergo innovative changes with more real world and relevant mini-experiments. The ongoing experiments with ‘tinkering labs’ will likely deepen. Depending on recruiting strategy, a broad narrative may emerge on their functioning. Currently, due to the lack of such a grand narrative, most student-driven initiatives either ape foreign tech initiatives or keep tinkering with the same experiments year after year, decade after decade.

Technical prowess is sine qua non for a nation that seeks rebirth and metamorphosis. However, for that to happen, India must find a way to align its best and the brightest with their inherent strengths and aspirations. Not impede them with bureaucratic shackles in a prison of timidity and myopia. These young minds must be set free. It is only when this freedom is realised, can the country awake.

The article expresses the personal opinion of the authors.