Healthcare Beckons: Are The Entrepreneurs Listening? 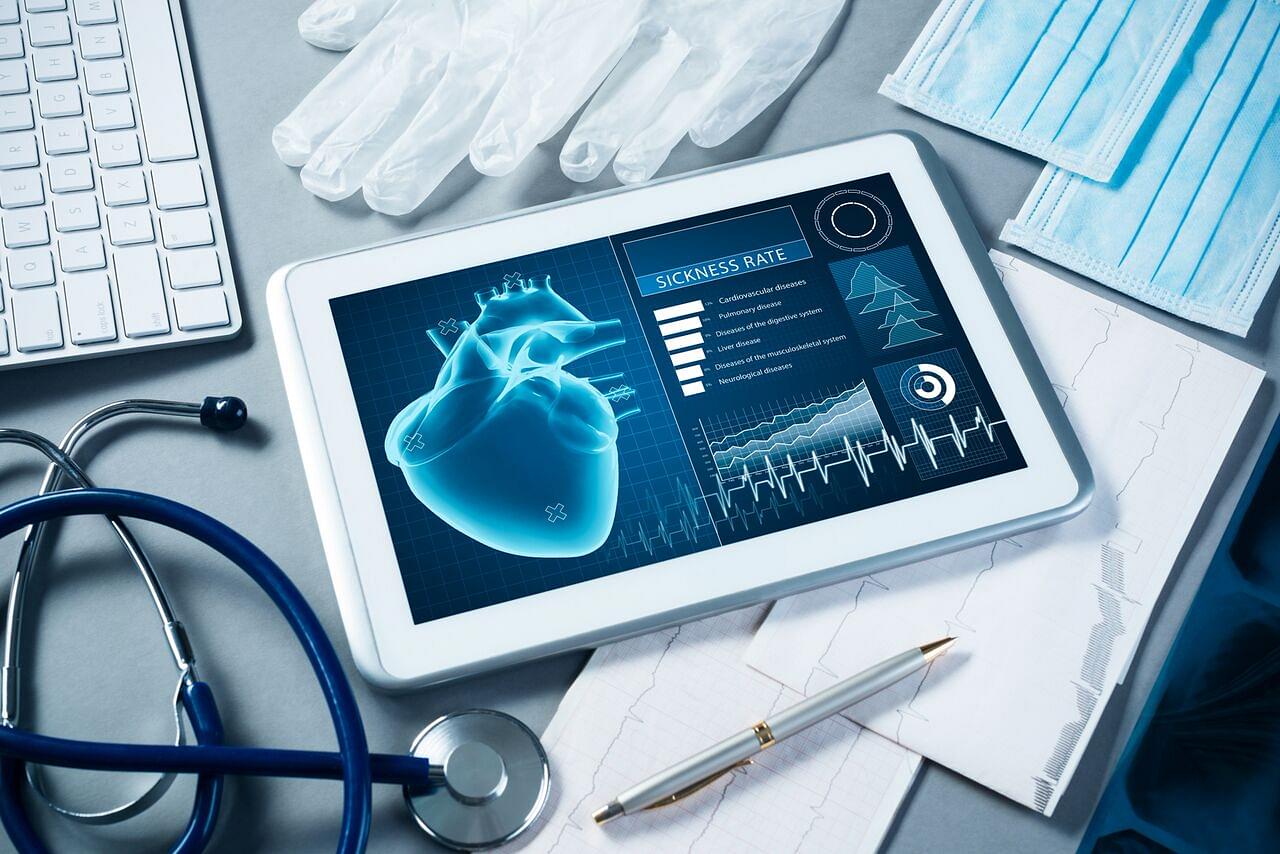 India in need of improved healthcare

India is clearly a nation in need of improved healthcare, going by just some of the numbers: the life expectancy of the average individual is only 68 (125th in the world, according to Wikipedia), whereas Japan has the highest in the world at 84. The fact that India has improved from a longevity of only 38 in 1950 is generally attributed to better nutrition, better hygiene and better healthcare, including the use of novel allopathic medications against communicable diseases.

On the other hand, there is a global trend towards diseases of affluence, and India is no exception. Extrapolating from current statistics, the number of people affected in India by diabetes, coronary heart disease, obesity and dementia — all diseases traditionally associated with affluence and/or longevity — will skyrocket. India is ill-equipped to handle the numbers of people who will be sick; the epidemic may hit the system like a tsunami.

Combining rising rates of incidence/diagnosis and increasing costs (for instance, corporate hospitals have been accused of gouging) suggests that a potential US-style runaway inflation in healthcare costs will pose an enormous economic burden on the country. Already, the costs of catastrophic illness are skyrocketing: the head of a regional cancer centre estimates that late-stage cancer costs can drive a family into poverty for three generations (whereas identifying it in earlier stages and containing it may be much more cost-effective).

There is a silver lining, though, for these non-communicable diseases. It appears as though in addition to western allopathic interventions, there are some low-cost mechanisms, often similar to traditional Indian practices, or Ayurvedic methods, that could lead to efficacious therapy, especially if they complement the allopathic treatment.

One example is in the astonishing work of Dean Ornish in Marin County, California, just north of San Francisco. It has long been an allopathy dogma that it is impossible to reverse coronary artery disease once it has set in. Control, yes, but reversal, no. And in fact that is true under standard allopathic regimens. But it turns out that Ornish’s course of treatment, which includes yoga, meditation, stress reduction, moderate exercise and a strict vegetarian diet, can indeed reverse the progress of the disease. Much of this involves behaviour change, and is therefore difficult, but has the great advantage of being cheap and easy to do.

It is now beginning to look like some of the same factors may apply to the coming apocalypse of Alzheimer’s disease. In Western circles, the “priority” disease — the one that gets the attention, and the funding — for long was cancer (although progress has been slow). For a while, it was AIDS, until it was largely brought under control. Now, it appears as though it is dementia (especially as people are living longer) which also has devastating psychological consequences for the patient and caregiver. In particular, Alzheimer’s disease seems to be much in the limelight.

Alzheimer’s is the focus in the Financial Times’ (FT) year-end appeal for a good cause, and there are a number of good stories about the disease and its emotional and economic impact, especially considering that as many as 160 million people worldwide may be afflicted by 2050 (30 million patients in 2015). But it’s intuitively obvious to all of us: what defines a person is the sum total of their memories. Someone who loses them descends to a state of sub-humanness, as in the Cannes award-winning film Amour.

But what has caught my attention is new research from Dale Bredesen, who offers a new “protocol” for treatment. He suggests several culprits in making someone prone to the disease, and also in its progression: and that includes three types of toxins. These are often based on your day-to-day exposure in ordinary life, and may be controllable to some extent. There is no efficacious drug for it. FT notes that all efforts by Big Pharma to come up with a pill for Alzheimer’s have been futile. They may continue to be futile because of the many underlying causes, so that a “one-size-fits-all” approach will be insufficient.

However, the interesting thing in what Bredesen said was, like in Dean Ornish’s methods, routines that would not be unfamiliar to the average grandmother in India: eating carefully, and fasting periodically (for “mild ketosis”, ie. the conversion of fat into energy, because amyloid plaques, fat deposits in the brain, seem highly correlated with Alzheimer’s), but also extending your night fast to 12-14 hours or more, while getting at least eight hours sleep. In addition, yoga, meditation, stress reduction, and my favourite, virgin coconut oil.

None of these would be out of place in a Kerala ayurvedic regimen, or pathyam, associated with the cure of chronic diseases. And neither would be the idea that the treatment needs to be customised to the individual, and not to the disease. In particular, this is true of Alzheimer’s, as it is just the name applied to a complex condition that may cover dozens of related diseases, which we simply don’t know enough about to differentiate between yet. The issue of toxins referred to above obviously has to do with an individual, and cannot be generic.

Thus there are possible avenues that could be pursued by a collaborative team of allopathic and ayurveda practitioners, and this could well be a breakthrough innovation opportunity. Breseden explicitly admits this by talking about taking the best of “Western” and “Eastern” practices into what he calls “21st century medicine”. I hope India’s medical establishment and individual researchers and entrepreneurs will take advantage of this opportunity. The fact that the Nobel in medicine last year went to a Chinese woman, who used traditional medical knowledge shows the possibilities. In addition to everything else, it is possibly highly lucrative to come up with a working protocol.

That is still only in the realm of possibility and may take time to materialise. But there are already many other opportunities in healthcare in India, ranging from the medication of senior citizens to the care of newborns. I was travelling by train and overheard my elderly neighbour say that he has to swallow 25 pills a day, and if I am not mistaken, he also has to inject himself with a diabetes device. This is the sort of routine vast numbers of seniors go through.

With an increasing population of senior citizens, various ideas have begun to crop up: for instance in Kerala, with many non-residents, elder-care residences are mushrooming for the benefit of their parents who have to fend for themselves (and who, a few decades ago, would have been living in multi-generation joint families).

At the other extreme, there are still high levels of infant mortality, for a variety of reasons including poor maternal nutrition and pre-partum care. There is also the problem of death due to hypothermia of many premature babies. A few years ago, Stanford University students came up with a remarkable design to help such babies survive: Embrace, a washable, re-usable equivalent of a sleeping bag from a material that retains heat for four to five hours to let the infant maintain its core temperature.

There is a wave of startups in healthcare in India. My students over the last two years have found a large number of them, in all sorts of sub-segments. (Disclaimer: this is neither comprehensive nor necessarily a list of the best candidates: they happened to be the ones that my students thought were interesting). But they broadly fall into the following categories:

The Use Of Machine Learning In Healthcare

There are some scenarios in which the astonishing capability of artificial intelligence (AI) systems can be harnessed to do a better job than humans are capable of. Unlike human doctors, the machine is never tired or grumpy; it has access to the very latest research, and it never forgets anything. Indeed, some specialists, such as highly-paid radiographers, now face an existential threat, because AI systems can read X-rays as well as, or better than, the most experienced radiologist. However, the more likely scenario is that the machines will act as more or less omniscient assistants who will support the routine test analysis to provide candidate diagnoses and thus regimens. They could free up doctors’ time to do the more important things: giving individual attention, hope and empathy. You know, the kind of things that physicians are supposed to do. My students spotted several startups in this domain:

There is a paucity of data about disease (and wellness too), and given the increasing prevalence of data analytics, capturing this information is a useful activity. Some of the startups involved in this arena are:

b. CareNX: Remote maternal and fetal health monitoring with paramedic

e. INicu: Integrated neo-natal ICU with follow up on development till age 12

The emergence of Internet of Things (IoT) devices means that there will likely be a plethora of wearable gadgets that continuously track various health parameters. One application might be to keep track of the vital statistics of elderly patients so that if they are not taking their medication, a remote monitoring system can flag it. Another might be to simply collect big data about a healthy individual to predict syndromes that might show up years into the future:

a. Lechal: Haptic innersole for shoes for tactile sensations for navigation

c. Embros: Finger-based haptic device for the blind to navigate themselves

Portable health records (somewhat along the lines of the HIPAA — Health Insurance Portability and Accountability Act — provisions in the US) would enable patients to use multiple hospitals and pharmacists without loss of relevant data. Some elements of informed consent may also be included to ensure that privacy issues are addressed. Similarly, a directory of doctors which offers advantages over the pioneer in the field, Practo, may be useful. Presumably a TripAdvisor/Uber-style rating of doctors (and for that matter patients too) will develop over time based on outcomes.

All of these startups may not succeed, but others will come. There are several areas of opportunity for medical innovators in India, and the field is wide open:

• Application of new technologies9 for data collection, prediction, and diagnosis

• Enabling the creation of highly customised and individualised treatment protocols

Those who stay the course would likely create entrepreneurial success stories for themselves, while at the same time doing the masses in India a favour. Given that the pipeline for Big Pharma and medical devices is not as full as it could be, a successful exit through acquisition by a Pfizer or a Siemens is also not unlikely.

Rajeev Srinivasan has taught innovation at several IIMs. He is a Contributing Editor at Swarajya.