How We Killed The Kaoboys 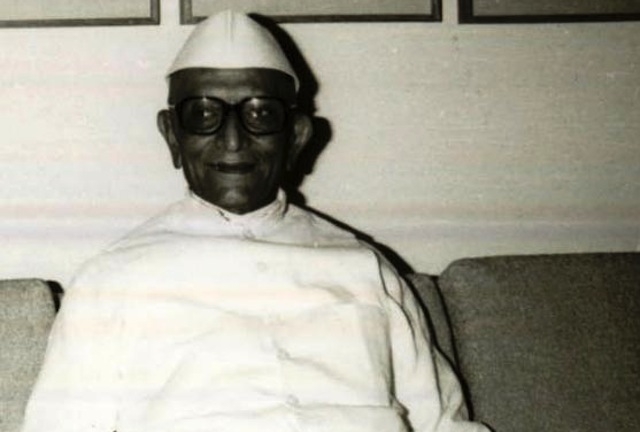 Kao is a name that’s known the world over—the secret world of espionage. R.N. Kao was the man anointed as independent India’s spymaster to bell the international cat. This shrewd, sharp and surprisingly shy Kashmiri Brahmin (Ramji to his friends; Kao to his foes; R.N stood for Rameshwar Nath) was handpicked by Nehru himself to deal with matters too sensitive and important to be entrusted to the regular police or defence machinery. There couldn’t have been a better choice. Read his obituary, celebrating the man and the spy, carried by the British newspaper The Independent in February 2002 (Do a Google search for “obituary independent kao”).

Kao, who had joined the Imperial Police Service in 1940, donned the proverbial cloak and dagger on the 21st day of September, 1968, and thus was born the (in)famous Research & Analysis Wing (RAW), India’s external intelligence agency, which then comprised 250 hand-picked agents and a meagre budget of Rs 20 million. Amongst these “researchers” and “analysts”, there were those who were trained to exist sans their shadows and these elitest-of-the-elite covert operatives were popularly known as “Kaoboys”. Of course, over the years, the agency has grown exponentially—both in terms of bodies and budget. However, as it was then, so it is now…its staff structure still remains shrouded in silence, and has been spared much investigative journalism. Of course, with the exception of two books, namely Inside RAW: The Story of India’s Secret Service by Asoka Raina and B. Raman’s memoir titled The Kaoboys of R&AW: Down Memory Lane.

To best understand who or what these Kaoboys were, one simply needs to watch the Tom Cruise starrer Mission Impossible, the first instalment of the ever-popular spy franchise. Remember the NOC list that the arms dealer “Max” was attempting to buy through a CIA mole, an operation codenamed “Job 3-14”, which was a reference to Chapter 3, Verse 14 from the Book of Job? NOC (pronounced as “knock”) is an acronym that stands for “Non-Official Cover”—covert deep-cover operatives involved in unofficial overseas operations. While official personnel have the safety net of diplomatic immunity, an NOC or a Kaoboy operates without one and if captured is often dubbed a “spy” and tortured/ imprisoned/ executed. Hence, to ensure the State’s plausible deniability, the NOC’s identity is supposed to be the State’s best-kept secret. Omertà—the code of silence—is not reserved only for the Sicilian Mafia.

According to Raina, the importance of intelligence can be traced all the way back to the Vedas, which talks about sapasah or spies with a thousand eyes. According to the Laws of Manu, “the king—with the help of spies—must collect intelligence pertaining to his own kingdom as well as enemy kingdoms’. The most in-depth text that deals with spies and espionage as instruments of the State is by Kautilya, the great Indian statesman-philosopher, in the Arthashastra, which talks of nine different classes of spies (and their various guises) spread over two categories—one more pervasive while the other more transitory, which also included the use of women spies. That’s right, our very own Mata Hari (the seductively famous female spy who was convicted of pro-German espionage and executed by France during World War I). According to Kautilya, a king needed espionage (including assassins) in order to successfully rule and expand his kingdom.

The Chanakya neeti of Sam-Daam-Dand-Bhed (negotiate-buy-punish-divide) is the strongest pillar in the world of intelligence and counter-intelligence.

Of course, as with every secret, there are times when the NOC list can indeed come out in the open. And in real life, unlike in reel life, there is seldom a Tom Cruise available to avert the catastrophe. And so, it was with Kao and his Kaoboys.

According to the writings of B. Raman (formerly a top officer in RAW) and the German author Heinz Duthel (Global Secret and Intelligence Services II), the man who inadvertently managed to play the mole was none other than our late Prime Minister Morarji Desai. He unwittingly—through a single act of indiscretion—accidentally managed to get every single one of our Kaoboys killed in Kahuta.

Operation Kahuta was one of RAW’s most ambitious and daring covert operations overseas, inside Pakistan. Kahuta was the answer to India’s nuclear programme, the secret site for Pakistan’s nuclear programme. In fact, Kahuta was the answer to Zulfikar Ali Bhutto’s silent prayers, who as Pakistan’s Minister of Foreign Affairs had passionately vowed that Pakistan would build a nuclear bomb, even if the people had to eat grass (as he said in an interview with The Guardian in 1965). And so, under the leadershup of Dr. A. Q. Khan (often colourfully referred to as the “rogue scientist”) was born the “Islamic bomb”.

However, it is quite possible that the Kahuta Project may have remained just a distant dream and Pakistanis would have been spared their grass-eating spree. So, how did RAW discover Pakistan’s nuclear secret (in fact, we had even managed to beat the CIA)? RAW actually found the answer lying on the floor of a barber shop! By analyzing the hair samples of the scientists (collected from the barber shop near the plant), RAW discovered they had indeed developed the capability to enrich uranium to weapons-grade quality. And thus, unbeknownst to Pakistan, RAW managed to infiltrate the Kahuta plant in 1977.

In fact, in early 1978, the entire blueprint of the Kahuta nuclear plant was offered to India for a measly sum of $10,000 by one of RAW’s Pakistani agents. However, as dictated by protocol, RAW needed the PM’s approval. Unfortunately, Indira Gandhi (the woman who founded RAW) was no longer the PM. The Janata Party was in power, and Morarji Desai, as Prime Minister, now held the reins of RAW. Desai, who had a strong aversion to RAW, rejected the agency’s request.

And in a further and final act of betrayal, he inadvertently informed General Zia ul-Haq, who had usurped power in Pakistan by deposing Bhutto in July 1977, that India was well-aware of Kahuta and Pakistan’s nuclear programme. As it emerged from later reports, the military dictator went about eliminating every single one of our agents and assets, thus forever leaving us in the dark about Pakistan’s nuclear weapons programme.

How was this achieved?

The wheels of fate had started turning in the year 1977. There were three major changes that occurred. One, Morarji Desai, who hated Indira Gandhi for humiliating him and taking control of the Congress, had become India’s Prime Minister. Two, General Zia led a successful military coup against Bhutto and anointed himself as Pakistan’ president. Three, a disillusioned Kao resigned.

With Morarji Desai as PM, RAW saw significant cutbacks in both budget and operations. (Desai’s actions were understandable. Indira Gandhi had used RAW to spy on the members of the so-called Congress “Syndicate”, including Desai.) In fact, Raina writes, “Prime Minister Morarji Desai was contemptuous of RAW and he believed that it was just another police force, and Kao resigned, saying it was pointless working for an intelligence agency if the PM had no faith in the business.” Kao’s resignation probably sealed the fate of the Kaoboys in Kahuta.

Desai was sold. And thus, in an unguarded moment, he told Zia all there was to know about Operation Kahuta.

No wonder then, that Morarji Desai is the only Indian recipient of Pakistan’s highest civilian award, the Nishaan-e-Pakistan. You can’t blame General Zia for ingratitude!