In The Time Of Global Confusion 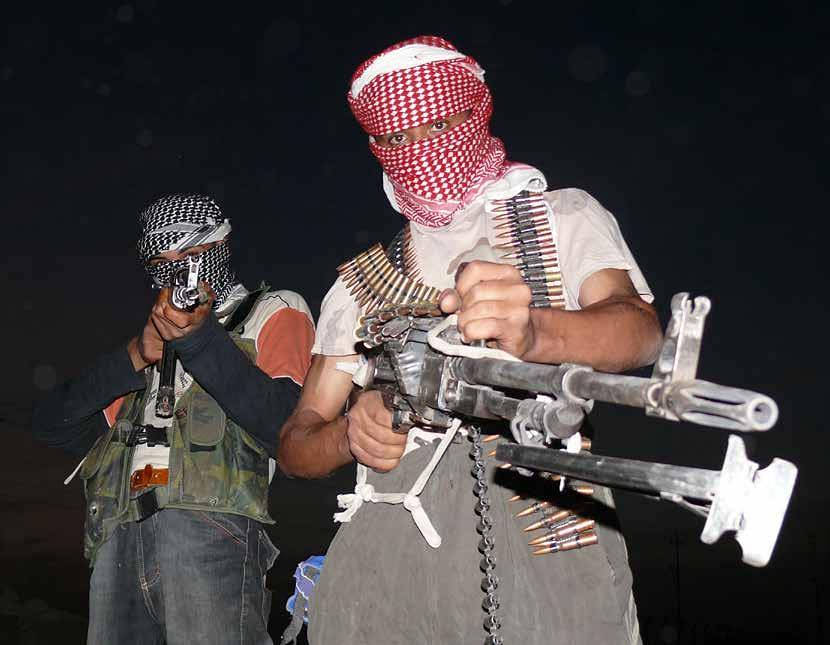 There is a danger that the Obama administration, distracted by West Asian developments, may again lose interest in the Indian story, much as it did after the US President’s 2009 visit.

A week in New York, with a day’s foray to Washington DC to speak at Carnegie Endowment on Iran, provides a fresh perspective on India-US relations. Two topics currently dominating Washington’s policy space are talks with Iran on the nuclear issue and the defiant stance of Benjamin Netanyahu, prime minister of Israel, in first addressing the US Congress despite open opposition from the US administration and then his pre-election rhetoric debunking the two-state solution to the Israel-Palestine dispute.

Despite a curt telephone call by President Obama to congratulate Netanyahu on his unexpected victory, the message to the media was that the US was studying to re-assess relations with their eternal ally. The Republican Party-dominated Congress maintained its stance supportive of Netanyahu with Speaker John Boehner announcing a trip to Israel.

The New York Times ran a piece on March 20 that former Secretary of State Hillary Clinton finds her Jewish support split as a Democratic Party president grapples with the consequences of Netanyahu’s victory. Ms Clinton in the past has been a strong votary of a two-state solution, which Netanyahu rejected during electioneering, though is now conditionally accepting.

“Everyone is now going to have to pick a side,” Jeremy Ben-Ami, president of J Street, a liberal Jewish lobby, was quoted as saying in the same paper. Contrariwise, the entire field of Republican candidates is piling praise on the Israeli Prime Minister.

The two issues play into each other, with Republicans sceptical of US-Iran nuclear talks and thus reflecting Israeli fears of President Obama rebalancing US policy vis-a-vis the warring Shia-Sunni governments in the entire region. Somewhere amidst this policy fight rests the residual US attention to following up on President Obama’s visit to India. From the corner of its eye, the US administration watches a drama akin to the one in Washington being enacted in the Indian Parliament with opposition unity over resisting the government’s enacting of a land acquisition law.

BJP’s defeat in the Delhi elections is also being nervously assessed to see if Prime Minister Modi can restore his political credibility and implement a slew of measures that the US perceives as “reformist”.

The Modi government may learn that US expectations can often be way out of line with corresponding policy modifications the US itself needs to make to facilitate Modi being able to market domestically a closer convergence between the two countries.

Two issues that could impinge on Indian interests are Iran being unshackled from its sanctions regime and the Afghan government leaning towards a Pakistan-dictated solution to the reconciliation talks with the Taliban. Already, President Ashraf Ghani has undertaken a Pakistan outreach that has rolled back some of the strategic understandings India had with the Hamid Karzai regime. The policy framers in South Block have to anticipate the dynamic of these developments and keep India relevant in the emerging repositioning that will inevitably occur if US-Iran convergence becomes a reality by June-end.

India is located at the junction of two major arcs of US preoccupation. One is the Asia-Pacific arc that runs from Japan to India and is focused on Chinese ascendancy and the need to balance it by carefully crafted close relations, many short of a formal alliance, with countries on the Chinese periphery. The other is a rebalancing being attempted to use the Shia nations, led by Iran, to counter radical Sunni groupings.

Netanyahu’s victory, after trailing in pre-election polling, indicates the rising paranoia amongst the Israeli people over this development. Similar disquiet is inevitable in the Gulf Cooperation Council countries. Pakistani Prime Minister Nawaz Sharif’s visit to Riyadh and Saudi King Salman personally receiving him at the airport testify to the Saudis looking for support beyond their traditional reliance on the US to underwrite security in the region.

By a strange coincidence, Israeli interests converge with those of the principal Sunni powers. Reports speculate that the Saudis were seeking Pakistani troops to help seal their border with Yemen, where the control of capital San’aa by the Houthis-Shia allies of Iran, is making the Saudi ruling family nervous. Were Pakistan to be sucked into this Shia-Sunni contestation, the implications will run all the way to India, with its own second largest Shia population in the world.

Thus India-US relations are akin to a telescope where, when you peep from the Indian eyepiece, all that emerges is a magnified picture of bilateral relations. On the other hand, from the US end, the image contracts as the US sees India as one amongst a slew of other legacy defining issues that President Obama needs to finesse to both cement his place in history as indeed to stabilize West Asia and the Arabian Peninsula, afflicted by sectarian and religious fires that can be traced to US interventions in Afghanistan and Iraq. The danger is that a distracted Obama administration may again lose interest in the Indian story, much as they did after his 2009 visit.

The Indian government too has multiple foreign policy priorities to juggle. The temptation to cover too wide a field would be normal for a hyperactive Prime Minister fresh to diplomacy. His penchant for extended foreign travel, even during parliament sessions, with Europe next on the cards, has a danger that follow-up may lag as newer themes overpower core interests. Europe has its own dilemmas to overcome, ranging from the future of the common currency to Ukraine, and finally the very unity of the Atlantic alliance.

The Indian Commerce Ministry is stricken by a leadership paralysis as a free trade agreement with the European Union is in the doldrums. The question that arises is whether adequate preparation has been undertaken before jumping into the European quagmire.

India-US relations will need to be tended by both countries despite a maze of preoccupations that each side has, from domestic political foes to challenges abroad.

The next few months will reveal if the second visit of Obama to India would be remembered for a genuine strategic recalibration of relations, or merely the Prime Minister’s dandy suit or Obama’s finger-wagging over freedom of faith.