Nuclear Doctrine: Why India Should Adopt A Policy Of Ambiguity 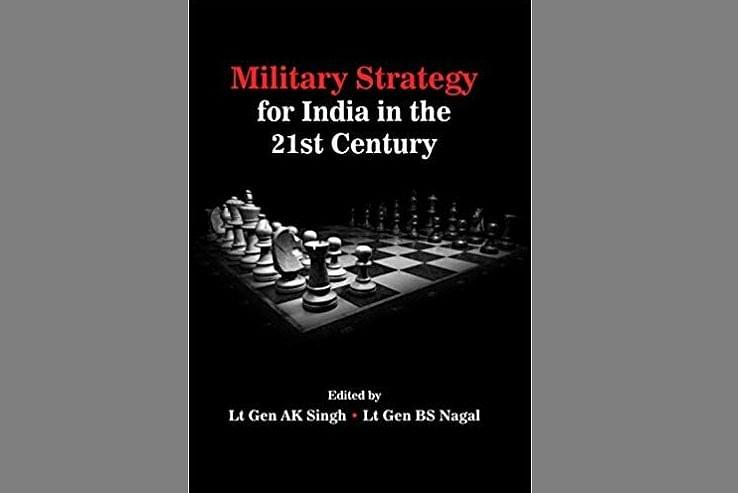 The cover of the book, Military Strategy for India in the 21st Century

Wisdom drawn from the past 20 years of experience post Pokhran nuclear tests, of international relations and security strategies should convince Indian national security strategy-makers not to live in a make-believe world, where the adversary is expected to tread the moral path, abide by the rules of yesteryears, and behave in the way India wants.

National interests will drive the policies of the adversaries, which often will be at cross-purposes with Indian national interests, not only posing direct military threats but also undermining the political, economic, social and internal cohesion of the country.

The geostrategic, geopolitical and geoeconomic domains are now interlinked as never before, and these will often determine the course of events. To ensure that India does not stand at a disadvantage, our future policies and strategies must cater for proactive defence, to save it from the quagmire it found itself in or embarrassments of the past, eg, the NPT, NSG, CTBT or FMCT.

Therefore, the primary responsibility of the state is to ensure the survivability of the state and its people which should be interpreted as protection, safety, defence and safeguarding all that the state stands for in international and domestic policies/principles. Any abdication or dereliction or non-adherence to the principle of survival of the state is in contravention of the Constitution of India. The damage to the state should be only by those enemy actions which cannot be prevented in spite of own capabilities and preventive measures. In order to protect the state, all policies must ensure proactive actions to remain in escalation control and dominance, and, if required, preemption, of course, subject to very accurate intelligence.

On the doctrinal side, India should favour placing itself in the driving seat rather than reacting to the adversaries. The policy adopted should be assertive and preemptive to ensure escalation control in any crisis and in the worst case of war. The moral high ground often spoken of to defend past policies, does not exist in the international order — it is time to jettison antiquated ideas and relate to modern theories where the survival of the state is the primary responsibility of all actions by the state. Arguments related to the decisions of other countries cannot form the basis of policy-making and judgements. Based on this logic and rationale, the Indian doctrine and strategy will be determined by:

India has to contend with two nuclear adversaries, one the proxy of the other and with differently stated doctrines. However, China has never stood by what it has said, therefore, it will be prudent for India to believe that China may use nuclear weapons first when confronted with reverses.

Doctrinally, India should adopt a policy of ambiguity on the employment of nuclear weapons. The present no first use policy is flawed, as it is contrary to the principle of protection of the state which is to be ensured by the government and the state. In war, surprise and uncertainty are fundamental principles to keep the adversary conjecturing on future actions — a declaratory policy of NFU is a formula for disaster. Strategic stability may be ensured by NFU in a crisis situation but not during war.

It is incumbent that India should follow a policy of first use to defend the country from destruction and ruin. Whilst it is not necessary to announce first use, it is important to withdraw from no first use and shift to ambiguity, that is, not state its position on its policy of nuclear weapons use. Ambiguity also provides four options: of first use, that is preemption; Launch-on-Warning (LOW); Launch-on-Launch (LOL); and NFU. Preemption gives the choice of time, targets and scale to the initiator and will pay the best dividends to safeguard the nation.

It is also the most destabilising if announced to the adversary, but it is better than NFU. The option of LOW has the most first use advantages except that there is a small window of opportunity for its execution, and it depends on fine political judgment, but ensures protection of the country, and causes damage to the adversary’s leadership, arsenal and strategic targets. LOL is dependent on real time surveillance and intelligence, has an extremely small window of a few minutes for decision-making, with a very large number of nuclear weapons on hair-trigger alert, and is destabilising.

A policy of ambiguity must be adopted, as it includes four options, including NFU. The advantages include; deterring a first strike on India — even if it is destabilising with China, Pakistan already follows it, and four other nuclear weapon states have a similar policy. It has a positive impact on the psychological state of the nation: a proactive policy is reassuring to the public.

First use does not allow destruction of the nation and strategic forces at the commencement of a nuclear war, hence, all the weapons and delivery systems are intact for use. It affords a superior range of options to launch decapitating and/or disarming strikes to deal with the adversary leadership/arsenal, and allows a proactive CBM policy.

The change from NFU to ambiguity will require better surveillance and monitoring systems, real time intelligence, high alert state of nuclear forces during a crisis/war, better and a faster readiness state in peace. Any first use policy must also include a strategy to negate the adversary’s second strike capability to the maximum extent by adopting a damage limitation strategy — this may entail a bigger arsenal but it is worth the cost to protect the nation.

While defining the concept of deterrence, there is a need to remain ambiguous: from the present credible minimum deterrent, the need is either to eliminate the statement or change to a credible deterrent. The size of the deterrent is only one aspect to determine the overall form, technological features and a host of other characteristics to decide the deterrent form.

The targeting philosophy must be a mix of counter-force and counter-value to retain flexibility in choice and also to enhance deterrence, there should be no moral argument in a nuclear war. The unthinkable will always and every time be the final step, hence, when left with no other choice, the option must be total destruction to terminate the war. These are time consuming steps and capabilities but allow the decision-makers better and greater choices to safeguard the nation.

India must continue to follow strategic deterrence in conformity with the role it has defined for its nuclear weapons. The concept of nuclear war-fighting is flawed and based on wrong premises that nuclear war is controllable and escalation control is feasible amongst adversary(s) with deep-rooted hatred and distrust. Strategic deterrence can follow a policy of first use when there is an unstable and unpredictable adversary, thereby eliminating the dilemma of responding to battlefield weapons or having to qualify circumstances of use with no first use.

Excerpted from Military Strategy for India in the 21st Century with the permission of the publisher.

Lieutenant General B S Nagal served as the Commander of the Strategic Forces Command.