The Man From Ranchi 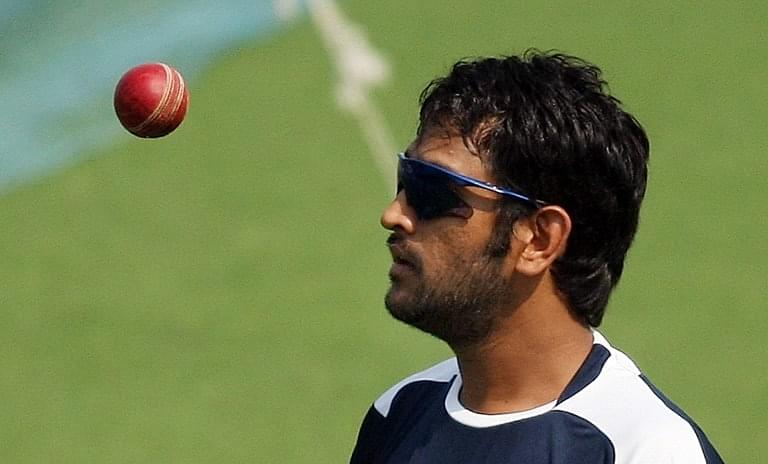 Mahendra Singh Dhoni has a unique relationship with his home town Ranchi and its people. Excerpts from a major biography of one of India’s most outstanding cricketers ever

Dhoni’s stature of a cricket-playing idol is the reason why Ranchi presents a peculiar problem. Too many people seem to know too much about him and few speak the truth. At the Mecon stadium, which is better known than it would have been had Dhoni not played there, a couple of fairly ordinary footballers in their early 30s claim to have played with the Indian captain. While that is possible, what is impossible is one player’s assertion that the cricketer, whose liking for milk is well known, used to drink “10-15 litres of milk every day”. Familiarity with the cricketer being the ultimate goal of many people, a footballer in his teens insists that he had played with Dhoni for the DAV Shyamali school team.

If that is laughable, it is funnier to note just how many are trying to play Dhoni’s inventive helicopter shot on practice pitches. Particularly distinct is one rickety kid who has been trying to hit the shot repeatedly. So what if the deliveries, after pitching one mile outside the leg stump, are way beyond his reach? He still believes he can connect and send the ball flying into exosphere.

Ever since Dhoni made it to the Indian team, his changing hairstyles have been the focus of media attention. In the initial stages of his career, he used to sport long, coloured hair that cascaded to his shoulders. Later, he went for short hair, which has been his most favoured option in recent years. The Indian skipper often sports an unkempt stubble, which is visible when he steps out for the toss or chats during post-match presentations. On other occasions, he is clean-shaven.

There are times when his head and beard show a mix of white and grey hair. On other occasions, the hair is jet black. Towards the latter half of 2013, he surprised everybody by getting a mohawk haircut. Within a few days, many youngsters in Ranchi had copied their idol without giving serious thought to whether the style will be appropriate for them.

Known as Mahi in the city even today, the Indian skipper may not be spending months at a stretch in his hometown, but those who know him are proud of the moments they spent with him. Mecon stadium’s ground in-charge Umakant Jena remembers each and every detail of the interaction between Mahi and his son Vijay, a promising wicketkeeper-batsman, a few years ago. “He gave a pair of keeping gloves and a bat to my son,” he says with a smile. “And not only that, he promised Vijay that the day he starts performing very well, he will give him an entire cricket kit.” Simple things in life make simple people happy. In spite of seeing Mahi as a child, his meeting with Vijay is an occasion that Jena will never ever forget.

The Indian captain is known to get countless fan letters from all across the country. Some of them are simply addressed to “Mahendra Singh Dhoni, Ranchi”. These get delivered to his house. Because of Ranchi’s proximity to Kolkata and also because Sourav Ganguly, popularly known as Dada, became the first player from the East Zone to lead the country with distinction, residents are also fond of the former captain. But the difference between the two is summarised by a cab driver with amusing precision: “Sir, Dada great thhey. Lekin Dhoni key jaisa great koi nahin hua (Sir, Dada was great. But nobody has been as great as Dhoni).”

Even when he was just 24 and the national media was describing him as the latest sensation, the local media had started speculating on the possibility of his marriage. Female fans queued up wherever he went, asking for his cellphone number. Of course, the cricketer who had no intention of marrying so early in life would oblige these girls by sharing a cellphone number: only, the number happened to be that of his brother-in-law Gautam Gupta. Gautam, who was a victim of Dhoni’s pranks, would be compelled to respond with the standard phrase “wrong number” whenever he received a hysterical telephone call from one of these girls.

Fans have their own distinct ways of paying tribute to their hero. In Dhoni’s case, there was a special moment when a school student wrote a poem on him which was carried by a local newspaper. When the cricketer read it, he was touched. During those early days, Dhoni, who hadn’t quite adjusted to the reality of stardom, would give autographs to anybody who asked for it. Even now, he is known to please autograph hunters to the extent he can. But he has also mastered the art of eluding crowds, a quality one can only develop with experience.

Talking to Kolkata newspaper The Telegraph during that period, his sister Jayanti, who teaches at DAV Shyamali School, had said, “Dhoni never refuses requests for autographs, but he is strictly against giving autographs on currency notes or palms. There have been occasions when girls have insisted that he should write on their palms, but he took out his own paper to give autographs to them.” With the cricketer hardly in his hometown these days, his autograph is like a rare painting which the owners treasure because chances of getting another one is remote.

In Ranchi, the Indian captain makes news for the strangest of reasons. A couple of years after he had started playing for the national team, he had gone for a haircut to Kaya Beauty Parlour, an upmarket beauty salon located in Hari Om Towers, a shopping complex on the city’s Circular Road. He reached the salon at 11.45 AM. Within minutes of his arrival, the news spread. The complex also houses many coaching institutes. Youngsters studying there assembled outside the salon for a glimpse of their icon. That the Ranchi Women’s College is situated opposite the complex enhanced the problem manifold with many girls joining the crowd.

Controlling the fans took a lot more time than one would have imagined. As the minutes passed, the number of people continued to increase. Dhoni had no choice but to remain locked up inside. The salon had to pull down its shutters and stop doing business for hours. The management called the police, which finally helped him find a way out of the premises at 5.15 PM.

Before he became a client of Kaya, Dhoni used to visit a far more affordable salon. The name is a seriously funny one: Manly Beauty Parlour. The Telegraph spoke to an employee of the salon who rued the loss of its most valued customer. “Woh toh ab bade aadmi ho gaye hain (He has become a big man now),” said Guddu, a staffer at Manly, which used to be Dhoni’s favourite haunt before attaining celebrity status. A small parlour’s loss was a bigger one’s gain.

Ranchi deifies Dhoni, which yoga guru Baba Ramdev realized while visiting the city to conduct a camp for his followers. The Jharkhand government had gifted a plot of land to Dhoni as a reward for his cricketing excellence. The cricketer had come down to receive the allotment letter from the then state Chief Minister Arjun Munda and Baba Ramdev, before the fifth yoga session consisting of laughter exercises and singhasan began.

The moment Dhoni reached the dais, the atmosphere changed. The practitioners, who had been following the baba’s instructions carefully earlier, tried to find a way to come close to the cricketer. The baba asked them to complete their exercises. But with Dhoni around, nobody cared. Touching him became the bigger priority. Few cared about the last session any longer.

Realizing that he had lost complete control over the crowd, Ramdev made a diplomatic move. Instead of insisting on guiding his followers, he started praising Dhoni. He called Dhoni a saput (good son) of the nation and requested him to sit next to him so that everybody could have a close look at their favourite star. He started mouthing inanities like “Dhoni ke balley ne bahuton ko dhoya hai (Dhoni’s bat has thrashed many bowlers).” He told the crowd that just like Pakistan President Pervez Musharraf had become a fan of Dhoni’s hair, even he was a fan of the cricketer’s hair. The reason why even he kept his hair long!

Ramdev didn’t stop there. He asked Dhoni to practise exercises like kapalbhati and anulomvilom to increase his concentration. He also blessed his parents, and added that his evening camp had been organised so that Jharkhand could give more Dhonis to India in future. Disturbed by the sight of the cricketer were those who viewed his presence during a yoga camp as an unnecessary intrusion. But they were hugely outnumbered by others who felt blessed because of his attendance, having forgotten that there was another session left—which was abandoned anyway.

Since his teenage days, Dhoni has been enamoured of two-wheelers. As a schoolboy, he used to drive his father’s scooter. After he started receiving a stipend from Central Coalfields Ltd, he managed to save enough money to be able to buy a second-hand bike. It was only after he became a part of the Indian team that he started indulging in his passion for collecting and driving any bike of his choice. If one were to trust self-indulgent myth-weavers in Ranchi, the cricketer owns anything between 500 and 1,000 bikes, the number depending on how big a liar one is talking to.

A 650-cc Yamaha Thunderbird and a Bullet Machismo were among his initial purchases. But the bike which attracted the maximum media attention was the Confederate X132 Hellcat, a muscle bike which is also owned by Hollywood superstar Brad Pitt and former England footballer David Beckham. Among those in his collection of rebuilt and customised bikes, Dhoni is known to be fond of a Harley Davidson. A car freak as well, his soft corner for his Hummer has been discussed in the media. Not just cars and bikes, every luxury is at his doorstep. Once upon a time, he was just another young lad from Ranchi’s Shyamali colony, but now Dhoni is living his dream.