Sanjaya Baru’s “1991” Is Paisa-Vasool For Its Anecdotes 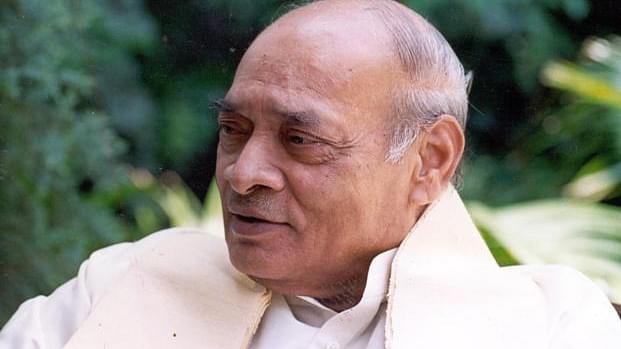 In Mumbai cinema lingo, paisa vasool is an oft-used term. It means whether the money on watching a movie was well spent or not. The paisa vasool part could come through an item number (these days), a power-packed performance by the lead actor (let’s say Amitabh Bachchan in a lot of trashy movies that he acted in), great songs, powerful dialogues, and so on. The point being that the viewer does not have to like the entire movie for it to be paisa vasool. He just needs to like some part of it, for it to be paisa vasool.

In that sense, Sanjaya Baru’s 1991: How P.V. Narasimha Rao Made History is a paisa vasool book for the anecdotes it offers around what was happening in the political and the economic circles of Delhi in 1991, when India was on the brink of an economic crisis. Sample this. India is more or less running out of foreign exchange. The country needs to mortgage gold in order to raise foreign exchange so as to be able to continue paying for essential imports, including oil. Now, gold as we know is a touchy thing among us Indians. As Baru writes: “A family that mortgages gold to finance its daily needs is a family in despair.”

When Cabinet Secretary Naresh Chandra told Prime Minister Chandra Shekhar about having to mortgage gold in order to pay for imports, “his initial reaction was that of disbelief and anger”. “I do not want to go down in history as the man who sold gold for buying oil,” Chandra Shekhar reacted furiously. To which Chandra replied, rather coolly, “But, sir…you have to choose between going down in history as the prime minister who mortgaged gold or as the prime minister who defaulted.” It is this and many such anecdotes which make Baru’s book stand out.

Here is another interesting anecdote from the book. In the run-up to 1991, India had managed to accumulate a good amount of foreign debt. By then it was extremely common for developing countries (or what was known as the Third World at that point of time) to default on their debt. Mexico had done it previously. So why not India?

A highly placed economic policymaker recommended to Chandra Shekhar that India should default on its debt. Interestingly, Baru does not reveal the name of this policymaker. The economic policymakers at that point of time, among others, were Deepak Nayyar, who was the chief economic adviser, C. Rangarajan who was a deputy governor of the Reserve Bank of India, and Manmohan Singh who was the adviser to the prime minister.

Thankfully, Nayyar and Chandra managed to explain the consequences of a default to the prime minister and India did not default. Other than offering anecdotes, what the book explains well is how Narasimha Rao, after becoming prime minister, managed to drill down economic reforms through a system which was till then a hodgepodge of Nehruvian socialism and the economic policies of Indira Gandhi.Take the case of the big bang industrial delicensing and decontrol which was pushed through by Rao. As Baru writes:

“(It) was announced by the Minister of State for Industry P.J. Kurien on the morning of the finance minister’s budget speech on 24 July. Given the political and media focus on the budget speech, the real reform of the day did not get the play it deserved. This was clearly by design.”

Indian politicians and a host of left-leaning economists and intellectuals at that point of time were allergic to anything that allowed the private sector to do business more easily. Given that, Rao’s move to dismantle the entire licensing regime at one go and getting a junior minister to announce it, was a masterstroke.

Baru’s book falters while analysing the economic reasons behind what led to the crisis of 1991. Is that by design—given the fact that the book is quite slim? Not really. Baru goes into quite a lot of detail while analysing the changing world scenario at that point of time because of the collapse of the Soviet Union and how that impacted India.

Given this, he could have easily gone into discussing the economic part of the 1991 crisis in a little more detail and dedicated a few more pages to it. This becomes especially important, given that there is no book till date that has gone around doing it in simple English, which non-economists can understand. Vijay Joshi and I.M.D. Little’s India’s Economic Reforms (1991-2001) is a good technical tome on the subject.

Another weakness of the book is that Baru only attempts to project Rao in a positive light. There is almost no mention of how Rao went around ensuring that the Congress Party survived in government for two years and finally got a majority in the Lok Sabha only in 1993. A discussion on this very important issue would have only added to the depth of the book.

To conclude, the book does a very good job of showing how the 1991 economic reforms and the opening up of the Indian economy happened primarily because Rao pushed them through. Of course, he was not in the limelight, but such big reforms couldn’t have been pushed through without the support of the prime minister. This is a point that gets made over and over again.

Over the years, Manmohan Singh got credit for what was basically Rao’s doing. Of course, this was primarily because the Congress Party does not like to project anyone other than the Nehru-Gandhis as having done something good for this nation.

The question is: Where did Rao fit into all this? What did he think of it? As Baru writes: “A few years before PV passed away, a former official of the Finance Ministry asked him how much credit he would like to take for the reforms of 1991-92 and how much credit would he give to Manmohan Singh.”