Savarkar: In The Cells Of Andaman, The Revolutionary Grew Into Someone Far Greater 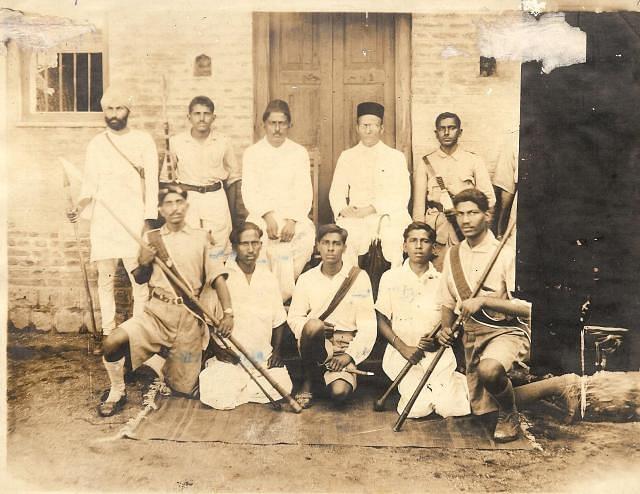 In the dark confines of Port Blair’s Cellular Jail, we see a gradual metamorphosis of Vinayak from a young, brash radical revolutionary to a more sober and strategic planner, whose focus was shifting towards an organization of Hindu society. One of the important causes for this was his experience at jail. Right from his early days here, and much before the creation of the library, Vinayak noticed that the Muslim warders and jamadars forbade Hindu prisoners from reading their scriptures. They would look at the pictures in some of the books, including the Ramayana of Tulsidas, and comment that it was utterly indecent and deemed it their religious duty to disperse the gathering that read such books. After petitioning higher officials, the Hindu prisoners managed to get permission to keep their religious books. Hindus received few or no religious holidays, but the same provision was readily made for Muslim prisoners.

But the matter, Vinayak realized, went beyond just this partial treatment. Several Hindu prisoners who were deported to the Andamans were being converted to Islam and began assuming Muslim names. As the ‘chalans’ began to reach the jail, simple and young Hindu prisoners would be segregated and subjected to extreme physical torture and labour by Muslim jamadars. With inducements of sweets and tobacco and less labour, the young lads would not mind switching faiths if that meant a more comfortable prison life.

Immediately, they would be taken over to the other side, and made to dine with Muslim prisoners. The jail had distinct kitchens for Hindus and Muslims, and separate cooks as well. They were made to eat separately too. All it took to ‘convert’ someone was to make the prisoner eat with fellow Muslims, where they ‘were served Mahomedan food’ (possibly meaning beef). That would ensure their complete ban from their Hindu brethren who would thereafter refuse to accept them. They would be quickly given Muslim names and that would complete the so-called conversion process. It involved no recital of the Quran, offering of the namaz, or the usual practice of circumcision that 333 accompanied conversions. These prisoners would register their names as Muslims and, with time, it would stick. Gradually, they would pick up the religious rituals of Islam and become full-fledged Muslims. The fact that there was no return, accompanied by fierce opposition and ostracism from his original community, left the neo-convert with no option but to carry on with the faith he had been induced into. The jamadar had very little to do; the Hindus themselves ensured with their obdurate and narrow-minded attitude that the convert stayed on in his new religion.

After the 1857 War of Independence, the British decided not to interfere too much in the religious affairs of Indians. While Christian missionaries converted convicts in other jails, Vinayak notes that in the Andamans they came, offered a prayer, but never made overt attempts at conversion. But here the thralldom of the Pathan jamadars and the incentive of less torture, if they complied, forced many Hindus towards conversion. ‘Every week or fortnight,’ notes Vinayak, ‘I had seen one Hindu prisoner at dinner sitting in the rank of his Mahomedan fellows. It was impossible for me to witness the scene. But I was only a prisoner here; what could I do to save them? I tried hard to infuriate the Hindu prisoners against this act of sacrilege. But one and all of them I found so callous. Each one of them used to say, “What is it to me?” and “What do I care?” Even the political prisoners who were already suffering found it futile to raise their voice against conversion, and that too one spearheaded by their oppressive jamadars. They were unwilling to support Vinayak in any opposition to such practices. They argued that Hinduism was better off without such people who were willing to pawn away their faiths due to fear of coercion and torture.

The individual whom you try to convert may be a wicked man, a sinner or a drunkard. But after deep thought you have learnt the social law that if you make him a Christian or a Mahomedan, by means fair or foul, and if you change his name, you are really adding to their strength. In course of time children come into his family and it grows. The children become Muslims and Christians by name, birth and association. And they turn out better than their parents and add in number to the well- to-do, educated, well-behaved number of Muslim citizens. And, in that proportion, the Hindu society loses its good members...

Inspired by this conviction, I taught the Hindu prisoners of our jail, and chiefly its political prisoners, to rescue the worst of Hindu prisoners from the grip of Islam, to save them from the coercion and blandishments of their Pathan jamadars.

As early as 1913, within a year and a half of his arrival in the Andamans, Vinayak registered an official complaint against this coercive conversion. He stressed that he had no issue if an individual converted out of free will or change of heart. But the practice in the jail was clearly neither. Vinayak was harassed and attempts were made on his life too by the Pathans, including poisoning his food, and it was Babarao’s alertness that averted the disaster.

In one instance, with the connivance of a jail warden, a small bottle of poison was smuggled into the cell to be mixed with Vinayak’s food and served to him. But a sudden check by the superintendent petrified the smuggler and he did away with the bottle. Thus, rather fortuitously, Vinayak’s life was saved on many occasions.

Several prisoners who had turned informants for the jail authorities actively aided these attempts to attack Vinayak and Babarao. One of the chief informants among the convicts was a man popularly called Ainewala Babu or the ‘bespectacled gentleman’. He often made wild allegations against the Savarkars, including accusing Babarao of plotting a prison guard’s murder. He had sickles and other weapons planted in Babarao’s cell and then raised an alarm with Barrie that Babarao had gathered weapons to have him killed. However, his machinations failed each time due to Babarao’s watchfulness. He intercepted and read notes written in code language which were circulated by Ainewala Babu to avert any catastrophe befalling him or Vinayak. For supporting the anti-conversion drive, Babarao was once hit grievously on the head when he had just stepped out of his bath and suffered heavy bleeding.

The superintendent who arbitrated the conversion complaints candidly asked Vinayak why he could not reconvert them to Hinduism. Vinayak replied that Hinduism did not believe in the concept of conversion and hence it was not possible. But his thoughts immediately went to the efforts of Swami Dayanand Saraswati (1824–83) and the Arya Samaj.

Swami Dayanand had striven to revitalize Hinduism and return its religious practices back to its Vedic origins. He emphasized on the monotheistic and non-idolatrous aspects of Vedic Hinduism. He had also employed the tool of shuddhi (literally meaning ‘purification’) or the reconversion of former Hindus back into the fold. This practice had gained momentum only after his passing away. Shuddhi ceremonies were held in various parts of Punjab and northern India. After Swami Dayanand, shuddhi gained momentum in the 1920s under Swami Shraddhanand of the Arya Samaj. Vinayak decided to utilize the same practice of shuddhi for the many converts. They were asked to bathe, put on new clothes, made to eat leaves of the sacred tulsi plant, hear and recite verses from the Bhagavadgita, and then read a chapter from the Ramayana of Tulsidas. This completed the simple reconversion process that ended with a distribution of sweets. They could get back their original Hindu names and, after a lot of convincing from Vinayak and others, to dining with their co-religionists.

But the opposition from the Hindu warders and the prisoners to Vinayak’s ‘blasphemous’ act was fierce. They ridiculed him often as ‘Bhangi Babu’ or someone who had lost his caste and become ‘untouchable’. But none of this deterred Vinayak. He reasoned with them on the superfluous nature of their beliefs of ‘pollution’ based on the food one ate and how easy it had hence become for others to poach on their fold, with something as meagre as tobacco or food. Slowly, the practice gained steam not only within the prison, but also among the convicts who went out for work or were released to Indian jails. The seeds of social reform, love for one’s religion and protecting it against such avaricious attempts had thus been sown.