Society And The Second Law 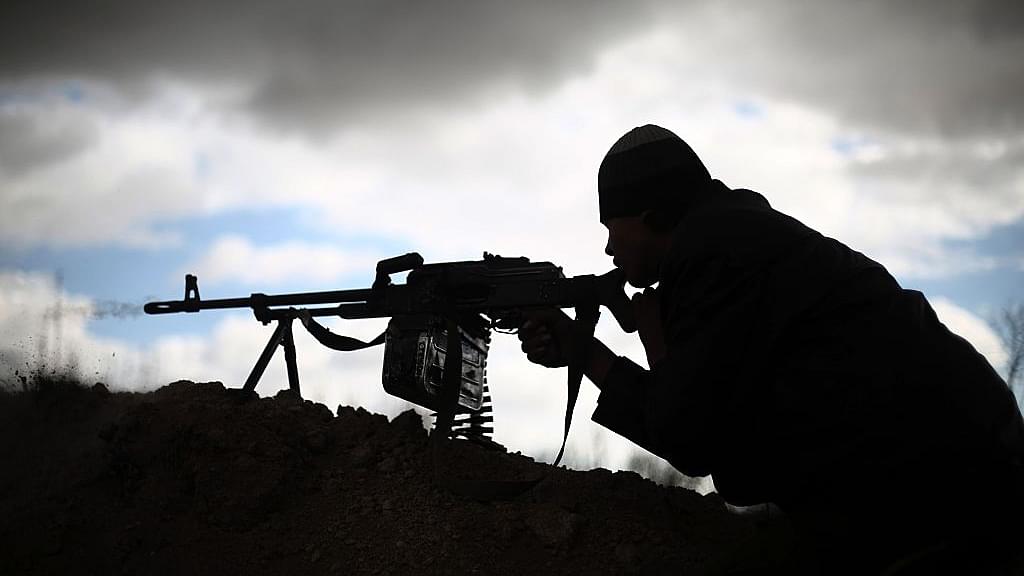 When I think back about it, the New Delhi that I had visited as a child in the late 1960s was so much cleaner, nicer and better than the city I occasionally go to today. As a tourist in Europe in the late 1980s, I did not have to think about the terror, and counter-terror, that was unleashed recently in Brussels and Paris. The Kolkata that I live in today is an urban disaster compared to the Calcutta that I went to school in. It is difficult to deny that, net-net, there has been a decay and degradation in the quality of urban life over the past 50 years.

Is it only in urban life? And is it only for the past 50 years? The dry statistics captured by economists in the Human Development Index—a vector consisting of life expectancy, education and per capita income—and talked about by governments would claim that the world is becoming a better place.

But the common man in the bazaars of India, and perhaps the world as well, would beg to differ. With his native intelligence, or rather his intuition, most people would tend to believe that the past was better, cleaner and more peaceful than the murderous mayhem that he finds himself in at the moment. Is this intuition correct? Or should we believe the economic indicators that claim that we are better off?

Globally, and socially, are things changing for the better or for the worse?
To seek an apolitical answer to this question, let us go back to the early years of the 19th century when steam power was driving the Industrial Revolution and propelling Europe towards its pinnacle of economic, political and social glory.

Everyone was trying to improve the efficiency of  the steam engine,  and it was the Frenchman, Sadi Carnot (1796-1832) who came up with a body of knowledge that is known as thermodynamics today. His ideas were far from perfect but thanks to subsequent interpretations by Lord Kelvin, Rudolf Clausius and Ludwig Boltzmann, we have today the Second Law of Thermodynamics that states that in any physical process the entropy of the universe always increases.

This technical statement is generally explained as that the physical world can only move from a state of order to disorder or from a state of lesser chaos to higher chaos.
The Second Law of Thermodynamics is one of the key pillars of modern science, on par with Newton’s Laws of Mechanics, Maxwell’s Laws of Electromagnetism, Einstein’s Theory of Relativity and the Quantum Mechanics of Schrodinger and Heisenberg. Its veracity is beyond challenge.

However, one must note that the Second Law refers to the entropy of the universe as a whole. The universe consists of a system and its environment. The system could be something as a simple as an empty box or as complex as a spaceship, the planet Earth or even a galaxy. The environment is everything outside the box, or the spaceship or Earth or the galaxy.

Hence it is quite possible that the entropy, or disorder in a system can decrease but the corresponding increase in the entropy of the environment would be such that the sum total of the decrease and the increase will result in an overall increase of the entropy of the universe. There is no known deviation from, or violation, of this Second Law in the domain of physical sciences. The arrow of time itself is defined by the change towards greater disorder.

Is it possible for a law that is valid in the physical sciences to be applicable in the social sciences?

Can we say that a society at rest continues to be at rest until acted upon by an external idea? Can we say that the rate of change in a society is proportional to the strength of an external idea and is inversely proportional to the size of the society? Can we say that most, if not all, social actions are accompanied by equal and opposite reactions? Even if we answer these questions with a qualified yes, then we are transferring Newton’s Laws from the physical world to the world of social sciences. Extending this logic to the Second Law means that society will inevitably go from order to disorder, from lesser chaos to greater chaos!

That the world is getting progressively “worse” was a concept that sent a shock through European society in the 19th and early 20th century when the consequences of the Second Law seeped into public consciousness.

People argued that the flowering of the European civilization with its beautiful cities and stable social structures did not quite agree with notion of increasing chaos. But then people did not realize that this decrease in “chaos” in Europe was accompanied by a far greater increase in “chaos” that was being unleashed in colonies across Asia, Africa and South America! The net chaos of the universe was indeed increasing.
Similarly, in post-Independence India, we may claim that the order enforced by the Constitution has reduced the anarchy prevalent in the era of Mughals and the Marathas, but this claim is undermined when we see the growth of Maoist, Islamist and separatist insurgency and the continuing politics of caste.

The collective wisdom of the Hindu psyche represents this inevitable decay in the context of a Mahayuga that lasts for 4.32 million years and consists of four Yugas. Chaos, disorder or “evil” increases monotonically as society traverses through Satya, Treta, Dwapar and eventually reaches Kali Yuga where it ends in a blaze of violence. Though “modern” humans appeared 200,000 years ago and “civilisation” 6,000 years ago, the figure of 4.32 million is not incompatible with the first evidence of humanoid behaviour that emerged 6 million years ago, when our ancestors started walking erect leaving their hands free to wield the tools and weapons that change the world.

A modern perspective would be to look at social entropy, defined as a measure of dissatisfaction within a social, political and economic system—and we can see at once that there is no doubt that this is increasing all around us at an alarming rate. Whether it is the killing fields of the Islamic State in Iraq and Syria, the Arab Spring in North Africa, the rising intolerance in North America, the siege mentality in Europe or closer home, the “syndicate”-raj in Rajarhat in West Bengal, or the anarchy in JNU, discontent is huge and growing rapidly. Neither does any amount of art, literature or other finer elements of culture, nor any spectacular technology, like SpaceX or solar cells, seem to have any calming effect.

This is where we are tempted to take one of the grandest ideas of science and apply them to complex social phenomena. Whether we should do so could be the subject of research, but if we could, what are the consequences?
Accepting the inevitability of increasing disorder would mean that the world would become an increasingly uncomfortable place. Elections may come and go, but the average misery for the common man can never reduce.

Occasionally, we may encounter some superior technology that, for example, may wipe out a particular disease and reduce misery to a limited context, but in the long term, it will lead to situations where things would be even worse. Occasionally, there can emerge a charismatic leader, a messiah, who will lead his followers towards something positive and triumphant, but then again, with the passage of time, the world will regress to what would be worse than what it was before. The end of colonial expansionism led to the rise of Fascism and the World Wars. The end of Fascism led to the rise of Communism. The end of Communism, and the purported End of History, led to the rise of Islamic terror. What is the next abomination?

The Second Law could be a powerful discouragement for trying to do anything constructive. Since you really cannot change the world for the better, why bother? But nevertheless, while global entropy, or disorder, will always increase, it is possible to reduce it in a small, local environment—Singapore is an example and Elon Musk’s proposed colony on Mars could be another. Nearer home, acting locally to impose order and governance could be the only viable—but selfish—strategy.

So while America, Europe, Iraq, Kashmir, GST and secularism are undoubtedly important, what really matters is whether the garbage is being cleared and the neighbourhood lumpens are behind bars. Panchayat is more important than Parliament.
For the rest of the world? And in the long term? We may have to live with the dismal consequences of the Second Law: All the king’s horses and all the king’s men (cannot) put Humpty Dumpty together again.

Prithwis is an engineer by education, a programmer by passion, a teacher by profession and an imagineer by intention. After a long stint in the consulting and software business, he has moved to academics and now helps students learn how to dream, dare and deliver on tomorrow’s technopromise today. Follow
@prithwis on Twitter.