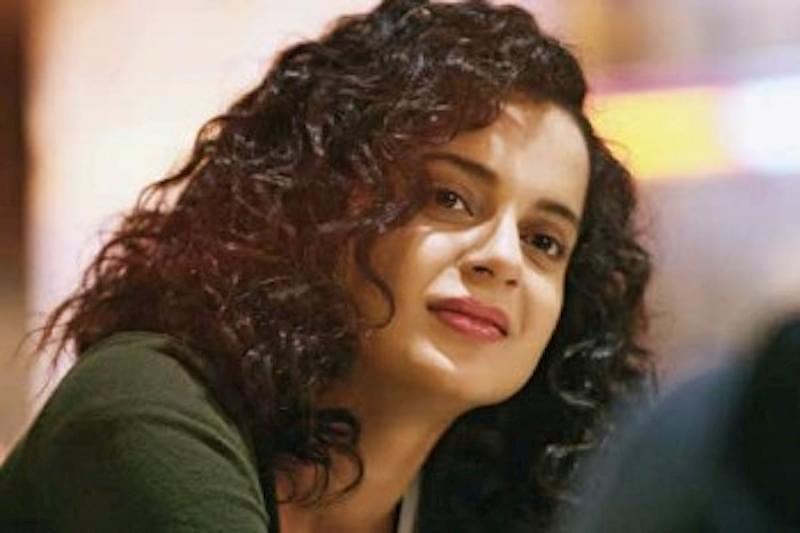 With two National Awards already in her bag, Kangana Ranaut teases us with an unanswerable question. Which is her best performance so far?

She has acted in several terrible films, which other leading female stars would have turned down. Why did the privileged industry insiders turn their eyes away from her?

In her initial years, she, an actor in Hindi films, tried to express herself in English but floundered very often. Why did her poor diction and grammar in English turn into jokes on television channels and the internet? How does she speak such refined English today? And, why? How has she become a fashionista today?

Phenomenal talent, dedication, and the determination to stop all those wagging tongues that chased and bullied her at the outset of her career: these three motivators have come together to make Kangana Ranaut the biggest success story among women in Hindi films in recent times.

Not only has she won two National Awards and several other popular awards in her 10-year career pockmarked by many bad films, Kangana, a small-town girl from Himachal Pradesh, has proved she can ask for a fee hike or even turn down roles opposite big male stars because the latter will hijack most of the footage and the films will be promoted as theirs. She wants her share of the pie, both in terms of screen time and the money she makes.

This is not an “ego trip”, as some of her critics, who have now gone into hiding, must be discussing among themselves today. This is her simple, matter-of-fact response to a new reality manufactured by her with support from film makers who don’t have the kind of deep pockets that the Karan Johars and Aditya Chopras do.

How she now is has a distinct similarity with how she has always been. When she was merely 15, Kangana had rebelled against her parents and decided to join films. Today, the same person has rebelled against the patriarchal dominance entrenched for decades in Hindi commercial cinema with very few exceptions. She is shunning projects in which she has to play the supporting role erroneously defined as female lead in films owned by men. Not for me, sorry, that’s her.

That’s a perfectly acceptable approach for a girl who had debuted at the age of 18 in Anurag Basu’s Gangster (2006), in which she played an alcoholic trapped in a romantic triangle. She unveiled the multi-layered complexities in her character and won several best debut awards. Had the same actor been a supermodel or somebody with the “right connections”, the Hindi film industry would have risked far more money on her than it did—or has—until today. Since Kangana wasn’t either, she was forced to choose badly written parts in films like Shakalaka Boom Boom and Knock Out, which a blessed star wouldn’t have signed up for.

Every actor needs the right moment to rise and shine. This, Kangana got, with Madhur Bhandarkar’s Fashion (2008), in which she played a model whose career—and much more—is destroyed by substance abuse. In a National Award-winning performance for Best Supporting Actress, she threatened to outshine Priyanka Chopra, who pocketed the National Award for the Best Actress.

This was followed by Tanu Weds Manu three years later, which she rightly calls the turning point of her career. Releasing amidst the euphoria surrounding the 2011 ICC World Cup, that dreaded four-yearly tournament with which few producers coincide their releases, Kangana singlehandedly steered the film to success.

TWM was a comedy in which she played a rebellious girl, who ends up falling in love with a soft-spoken doctor whom she doesn’t want to meet for an arranged marriage. Revelling in the situational insanities, Kangana unleashed the comic side of her acting skills with such unerring brilliance that the film resisted the furious gravitational force of the World Cup and managed to reach the box office finishing line at a decent pace.

Krrish 3 (2013) was, understandably, a Hrithik Roshan film. But what no viewer could escape was Kangana’s performance as a mutant, a role in which she ruled in most of the scenes she appeared. Fashion, TWM and Krrish 3 have allowed Kangana to showcase her versatility, which is clearly missing in most of the female actors today.

With Barfi!, Fashion, Kaminey, Mary Kom and several blockbusters of the big budget variety behind her, only Priyanka Chopra has shown a comparable range. The big question is: who else? The answer doesn’t lead us to Deepika Padukone, despite her sincere intentions, or even Vidya Balan, who cannot surface as the mutant in Krrish 3.

Priyanka’s shortcoming is her weakness for the big budget extravaganza, which Kangana will be interested in “only” if her role is substantial enough. This approach will make the difference while she waits for a new competitor to emerge.

Even when that happens, Kangana is accomplished enough to say no to films she doesn’t like and agree to work on projects that appeal to her. After all, only a foolishly self-conceited person can trample on Queen (2014) in which she, in yet another National Award-winning performance, played a down-to-earth girl with middle class values who gets rejected by her lover a day before their weddding. Her gradual transformation into a liberated spirit was an exceptional revelation of her talent.

Tanu Weds Manu Returns (2015), the sequel of TWM, showed the commercial star power of Kangana. As the protagonist from TWM, who starts having problems in her marriage within a few years—the point at which TWMR begins—she was brilliant. But the scene stealer was the “other one”, an aspiring athlete in the doctor’s life also played by her. Not only did she look different, her body language and chaste Haryanvi accent resulted in such a fascinating display of histrionic skills that it was impossible to believe that the same actor was playing both the characters.

TWMR has grossed well over Rs 200 crore worldwide, drubbing several films starring the Khans along the way. The film’s box office performance itself has ensured that no other female actor can stop her from winning all the popular awards this year.

For the genre starring female actors, the film’s success has been a huge step forward. After such a show, who are we to question if Kangana opts for the under-rated director Hansal Mehta’s Simran, a film about a girl who moves to the United States and gets involved in criminal activities? With Mehta at the wheel, the film might produce another award-winning performance from her, and box-office success as well.

It may not be too early to say that Kangana is a female Aamir Khan in the making. Unlike Aamir, immunity to failures is not her USP: at least, not as yet, but she tries to shun the stereotype whenever she can. She has been seen in two Hrithik films, Krrish 3 and Kites, but she has not appeared in any Khan film as yet.

She is also now working in Rangoon; a period film set during the Second World War in which her co-stars are Saif Ali Khan and Shahid Kapoor. Helmed by Vishal Bhardwaj, Rangoon’s story is a mystery at the moment. But if Kangana didn’t have a role that matched that of her male stars, she wouldn’t have been there. Before approaching her with the bound script, Bhardwaj would have known what she expects from her roles.

She has admitted that she had acted in films like Rascals and Double Dhamaal because the stars need to make a living and “sometimes we have limited options.” If her style statements are matched by few, it is because she was always made to feel that she “doesn’t belong here”. So she wanted to “at least be somebody who deserved to be here and not just somebody who happened to be here,” she shared in one of the best tell-all interviews in The Front Row hosted by Anupama Chopra.

If the admission about acting in spice mixes is an indication that Kangana might have knowingly signed on the dotted line to get work when she needed it, what she said about her transformation into a fashion diva also applies to her acting.

Even Gangster, her debut film, had showed that she wasn’t just one more girl destined to fall off the map very soon. She has evolved as an actor, which might have happened because she wasn’t suddenly mistaken for an insider or a supermodel and flooded with stereotypical big budget projects. She owes her success to films like Queen, TWM, and its sequel, and Fashion, none of which is a big budget film.

Krrish 3 has been an aberration, but she absolutely nailed a well-defined character that allowed her to leave a mark in spite of Hrithik’s larger-than-life presence. Her performances in Life in a…Metro (2007) and Once Upon A Time in Mumbaai (2010) rank among her other good ones, but they do not match up to the appeal of her roles in the other five films which have been career-defining for her.

Having arrived as a nobody from a remote somewhere, Kangana has found a place for herself in the hierarchy of A-listers today. She is not the leading female star for sure, but then, she has found an independent path unlike any other of her contenporaries. A girl who doesn’t believe in the institution of marriage in real life, she doesn’t believe in riding piggyback on a male star’s ability to attract the crowds either.

Her ideology is a simple one. She wants to be Queen, but the size of her empire doesn’t matter to her.