The Futility Of Rights 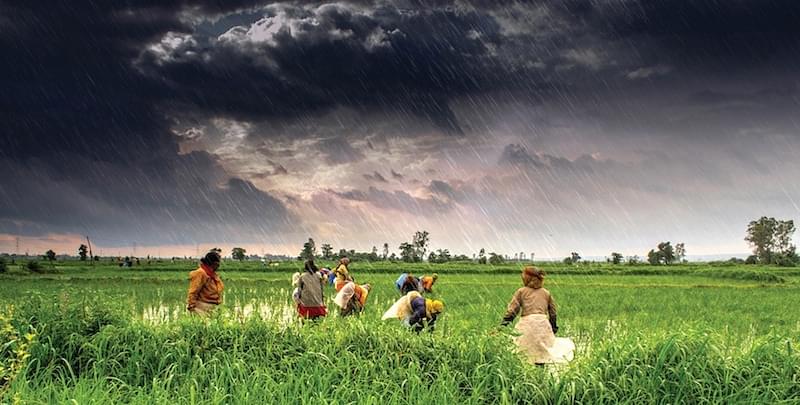 All the evidence shows that the rights-based approach is inherently wrong. It ignores root causes of problems and places an undue strain on already overstretched State capacity

The Mahatma Gandhi National Rural Employment Guarantee Act (NREGA) 2005 will end the problem of rural distress. Adult members of every household will get at least 100 days of guaranteed wage employment in the form of unskilled manual labour. This will take care of distress migration from rural areas, especially during the non-farming seasons.

There has been a steady decline in jobs generated under the scheme, a fact noted by both the Comptroller and Auditor General (CAG) as well as the Parliamentary Standing Committee on Rural Development. Employment per rural household declined from 54 days in 2009-10 to 36 in 2012-13. The Standing Committee found that employment generation in economically under-developed states with significant proportion of poor was lower than the national average. Based on calculations from National Sample Survey (NSS) data on employment, economist Surjit Bhalla has pointed out that NREGA, which enters its 10th year in February, accounts for only 0.65 per cent of rural employment. (Surjit Bhalla is a member of the Editorial Advisory Board of Swarajya)

The Right of Children to Free and Compulsory Education Act, 2009 (the Right to Education Act or RTE), is the ultimate answer to India’s primary education deficit. It will ensure that every child goes to school.

As many as 19,414 schools have either been closed or issued notification for closure for not complying with the provisions of the RTE Act, displacing over three lakh students from low-income families, according to a study by Delhi-based advocacy organization Centre for Civil Society (CCS). In Punjab alone, close to 2.3 lakh such children have been affected, with 1,170 budget private schools being shut down. In the neighbouring state of Haryana, 2.75 lakh students narrowly missed a similar fate; the High Court stayed the closure of 1,372 schools.

The National Food Security Act (NFSA) will ensure that no one in the country goes hungry. By receiving foodgrains at highly subsidised prices, the poor will never be in a situation of not being able to afford food. The Act will force state governments to tone up their public distribution systems.

One and a half years after the legislation was enacted, only 11 states have implemented it (and the manner of implementation is not satisfactory). The implementation deadline has been extended twice.

So there you have it. Three landmark legislations, which were supposed to be part of an empowerment revolution, just not living up to the promise they held out.  (Okay, so the NFSA has not been implemented yet, but this itself is an indictment.) They sought to change the paradigm of governance, giving people legally-enforceable, rights-based entitlements which will encourage and empower them to demand services from the State and put an apathetic and callous bureaucracy on watch.

Saying that people have a fundamental right to work, food, schooling and healthcare and that they can drag the State to court for not ensuring this touches all the right emotional chords. Making it work is a different story altogether.

It’s true that despite the great developmental strides the country has made, the poorer sections are deprived of many of the basic needs. What’s more, public services completely pass them by. But conferring justiciable rights to some of these shows, at best, a lack of sufficient understanding of the root cause of these problems or, at worst, a refusal to acknowledge these root causes and make a token gesture about addressing the problems.

It is well known, for example, that rural under-employment and distress migration are the result of the sorry state of agriculture as well as the lack of non-farm employment avenues in both rural and urban areas. So a sector that accounts for 18 per cent of the economy has 49 per cent of the workforce dependent on it. The lasting solution to this is to frame policies that will make agriculture a more profitable profession and will facilitate the creation of more jobs in the manufacturing sector—the first stop for people moving out of agriculture-related jobs.

Take also the issue of food security. If people are not getting enough to eat, is it because they cannot access food or they cannot afford food?

If it is the former, then clearly it is a governance issue, as the public distribution system that has been in place almost since Independence is simply not working. If it is the latter, then the real issue is about livelihood and income support as well as about reforming the food economy, the distortions in which push up prices in the first place.

But none of these are easy things to do. Unshackling agriculture is not something that can be done at one stroke. Getting manufacturing to be a major job generator requires a whole host of things to be done, from addressing the issue of an inverted tax structure to labour market reforms. Attempts to plug the leaky public distribution system have been going on for years; only a few states have managed the feat. Not only are all these difficult things to do, they also take time to yield results and political dividends. And since the changes involved lead to pain in the short run, they are not popular things to do.

But when rights-based legislations are pushed through, either without adequately understanding such issues or intentionally ignoring them, implementation suffers and often the very purpose of enacting them is defeated.

There is an interesting statistic on the daily unemployment allowance that state governments are supposed to pay under NREGA if a job-seeker does not get work within 15 days of applying for it. In 2014-15, as of January, the demand for 35 lakh days of unemployment allowance (out of the total demand for 163 crore days) was rejected. The top reason for rejection—89 per cent—is “workers not willing to work”, followed by “no ongoing works” (10 per cent). Why would people who are so poor that they volunteer for manual labour refuse to take up whatever work was coming their way? There have been complaints of work being provided in districts other than that of the job-seeker. But these are the people who migrate to faraway states in search of work. Clearly, there is some demand-side dynamic that the planners have missed.

The second reason shows that district authorities who are supposed to provide jobs under the scheme are often hard-pressed to create work opportunities. Six of the 28 economists who appealed to the Prime Minister to not confine the programme to the poorest districts have themselves admitted, in an article countering Jagdish Bhagwati and Arvind Panagariya’s criticism of the programme, that “among the poorest two quintiles of rural households, over 40 per cent of those who want NREGA employment did not get it”.

What this also shows is a governance deficit. Ironic, since the problem that the rights-based laws attempt to address—the lack of access to basic services—is invariably the result of this very deficit.

But the belief that enacting a right will suddenly lead to the bureaucracy getting its act together is both simplistic and flawed. In 2013, the Asian Development Bank released a policy report, Empowerment and Public Service Delivery in Developing Asia and the Pacific. Though it advocated a rights-based approach to public services, it also said:  “Simply proclaiming a public good as a human right is meaningless unless there is a social or legal structure for the realization and fulfillment of this right.” There are resource constraints as well as capacity constraints that could render any such right meaningless.

The resource constraint can be overcome if a government hell-bent on making a pet scheme work pushes money into it, even if it is at the cost of more productive uses, or has other negative effects.  But it may still not yield the desired results, as the NREGA experience has shown. The CAG report points out that Bihar, Maharashtra and Uttar Pradesh, accounting for 46 per cent of the rural poor, utilised only 20 per cent of funds for the scheme. Obviously, there is an institutional capacity issue.

One and a half years later, only 11 states have done so and the Union Ministry of Food and Civil Supplies has found even this to be a cosmetic exercise in some cases. This situation, even though political parties vied with one another to take credit for the legislation, proves two things: one, how meaningless the rights-based approach is, and two, the political capital that the legislation yielded is confined to its enactment, not to its implementation.

The RTE Act throws up another problem with the rights-based approach, that it may be attempting to fix a problem that is not as huge as it is made out to be. By the time the Act was passed, enrolment of children in primary schools was not a major issue. Even poor children had access to some form of schooling; it was the quality of schooling that was the heart of the matter.

But the RTE advocates decided access was the major problem and legislated what they felt would be a radical school inclusion programme: Clause 12 of the Act says private schools must reserve 25 per cent of seats for poor children. Going a step further, they also ensured that the Act mandated all schools to conform to certain specified parameters on infrastructure and facilities. The rules specify a certain area of playground, the number of books per student a school must have, the number of teachers per student and their salaries. Schools not conforming to these will have to shut down.

What this ended up doing is closing of schools catering to children from low-income families—the very children in whose name the Act was passed. It is just not possible for these schools, operating on low budgets and in low-income areas where space is not available, to provide these facilities. Sure, the closure of these schools will not mean their students will remain uneducated; they can go to government schools. But these are children whose parents preferred to send them to a private school instead of a government school. The Act not only deprives the parents of the right to choice but also makes the choice for them.

Perhaps the most damning indictment of the RTE Act comes from the Annual Status of Education Report. The ASER 2014 estimates enrolment levels for the 6-14 age group at 96 per cent for six years in a row. Basic learning skills, however, are pathetic, with only half of Class V students being able to read a Class II text easily. In effect, what the RTE Act seems to ensure is the right to poor-quality education.

All the evidence shows that the rights-based approach is inherently wrong. It ignores root causes of problems and places an undue strain on already overstretched State capacity. It’s time to dump the very idea once and for all.