The Many Experiences That Shaped Satya Nadella 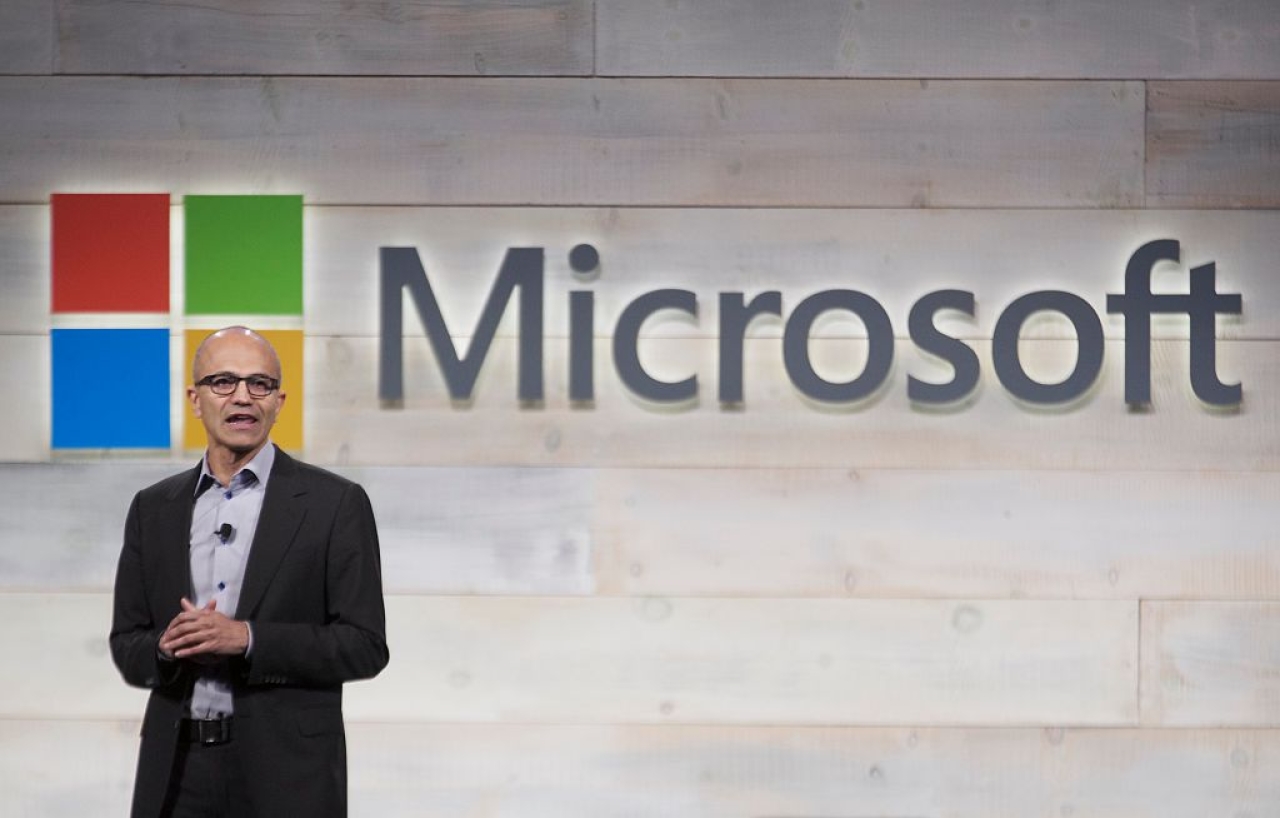 In most democracies in recent years, many public figures, comprising politicians at all levels, senior civil servants and functionaries, including military officers, have shared their experiences and memories after hanging up their boots. The Whitehall lot started this trend in the mid-1950s and their counterparts across the Atlantic followed suit.

This 242-page book is hard to slot into a specific category. It has candid, poignant and personal experiences that have shaped Satya Nadella, then his learnings at Microsoft – what was wrong, what worked and what is being done now, his management philosophies, and his musings on technologies of the future, their impact and demands on people, policies and countries. Hit Refresh is about “how people, organizations and societies can and must transform in their persistent quest for new energy, new ideas, relevance and renewal”.

Nadella writes with a lot of emotions about growing up as the only child of an Indian Administrative Services officer father (who hung a Karl Marx poster on his bedroom wall) and a Sanskrit scholar mother (who hung a poster of Lakshmi, the goddess of wealth and contentment), while all he wanted “was one of my cricketing hero, the Hyderabadi great, M L Jaisimha, famous for his boyish good looks and graceful style, on and off the field”! He moved from schools in Tirupati, Srikakulam, Mussoorie and Delhi to finally Hyderabad Public School, which seems to have left a strong impression on him. He recounts how his father forced him to “get out of Hyderabad… not be provincial with my ambitions” and the influence on him of his mother’s philosophy of being happy, being mindful and doing things well.

“Looking back, I have been influenced by both my father’s enthusiasm for intellectual engagement and my mother’s dream of a balanced life for me”, but his mother’s role in his life is obvious. He says he didn’t have any grand plan – joining Manipal Institute of Technology after “I flunked the IIT entrance exams” – and applied in the US for his Master’s in Computer Science just because a dear friend from school was doing so. Nadella writes about giving up his green card for an H-1B visa that would allow him to bring Anu, his childhood-friend-turned-wife, with him to the US far more easily than if he was a permanent resident (Nadella also mentions that Kunal Bahl, founder of Snapdeal and a Microsoft employee, too had to return to India after the expiration of his H-1B visa); about the experiences he and his wife went through to understand and bring up their son Zain, who was born with cerebral palsy after suffering asphyxia in utero.

He writes about the realisation, thanks to his wife, that this was a chance to expand his own thinking. “My son’s condition requires that I draw daily upon the very same passion for ideas and empathy that I learned from my parents,” he says. The importance of empathy, recounting Gautama Buddha, helps one understand ups and downs and to be comfortable with impermanence. “If you could understand impermanence deeply, you would develop more equanimity”. His daughter too has learning difficulties and he talks about how he and his wife would take turns to go across the border to Canada, where she studied in a special school, while taking care of Zain and working at Microsoft! This, the personal part of the book, showcases Nadella as a person who is passionate, private but willing to engage in learning – computers, software engineering, people, himself with a point of view.

Nadella (since 2014) is just the third chief executive officer (CEO) in the 42-year history of the company, after Bill Gates and Steve Ballmer, who “…encouraged me to be my own man. In other words, don’t try to please Bill Gates or anyone else.”

Microsoft was seen as an overwhelmingly dominant, aggressive, take-no-prisoners company that lost its way and dominance as the world shifted to mobile phones (from PC) and the cloud (from servers). Microsoft’s falling behind Apple and Google spurs Nadella to respond in the way he believes: “Microsoft is known for rallying the troops with competitive fire. The press loves that, but it’s not me. My approach is to lead with a sense of purpose and pride in what we do, not envy or combativeness”. He decides to infuse empathy and culture – a recurring theme – into his teams.

He writes about his relationship with Gates, recalling a walk across campus with the Microsoft co-founder after Nadella became CEO, as they brainstormed a new product. “At one point Bill looked at me, smiled, and said it was good to be talking about software engineering.”

Nadella, however, writes unsatisfactorily (and understandably since he is the current CEO) about how the internal fiefdoms in Microsoft had to be broken and navigated, the resistance within successful, entrenched groups to making the move to the cloud and mobile, about how the Microsoft Azure business was created with the merger of the “Red Dog” project and how he built a strategic leadership team rather than follow the styles of Gates and Ballmer, friends since 1980. He talks of the $26 billion acquisition of LinkedIn that Salesforce too wished to acquire, but doesn’t provide details.

This section of the book is naturally less candid, sparse with details and doesn’t provide the full view of the internal challenges and issues within Microsoft. Nadella clearly acknowledges that transformation of Microsoft’s culture is far from over, and that a lot more needs to be done especially around the “missing link” of middle managers.

The book is interspersed with Nadella’s management philosophies. In fact, he has this habit of providing quick take-aways with three ways of this, six ways of that and so on. Almost as if he is making notes to himself inasmuch as he is explaining them to you. There are philosophical and existential questions that Nadella raises – Why do I exist? Why does our institution exist? What is the role of the multinational corporation in our world? What is the role of digital technology as the world turns to technology to drive growth? The answers unsurprisingly aren’t fulfilling as these are questions that in some ways have been asked by mankind for aeons. Nadella doesn’t shy away though from presenting his views.

Empathy, values culture, partnerships and trust are his cornerstones. He talks of a meeting of Microsoft’s top 150 executives, where he said: “To be a leader in this company, your job is to find the rose petals in the field of shit,” he told them. “Perhaps not my best line of poetry,” he concedes, “but I wanted these people to stop seeing all the things that are hard and start seeing things that are great and helping others see them too. Constraints are real and will always be with us, but leaders are the champions of overcoming constraints.”

He talks of partnering with competitors like Apple, Samsung and Google. And the culture of inclusiveness, collaboration, equity and diversity that makes it work. How to work with friends and frenemies. He openly acknowledges his gaffe at the 2014 Grace Hopper Conference, where he said women “should not ask for raises but instead trust that hard work and the long-term efficiency of the system would reward them”. “If you want to see what flapping around looks like, do a search for me and karma,” Nadella writes, explaining why he was wrong, what he has since learned and done. He writes, “In some ways, I’m glad I messed up in such a public forum because it helped me confront an unconscious bias that I didn’t know I had, and it helped me find a new sense of empathy for the great women in my life and at my company.” His ideas on trust influenced by his mother – vishvas and shraddha – find mention again.

Technologies Of The Future

Artificial intelligence (AI), mixed reality and quantum computing are the three technologies that Nadella believes will shape our futures, in the chapters “The Future of Humans and Machines” and “Restoring Economic Growth for Everyone”. Humans will need to focus on empathy, education, creativity, judgement and accountability to stay relevant and that AI can scale to benefit everyone. Calling for changes in laws, new protocols for gathering digital evidence, cross-border co-operation, Nadella writes on privacy and trust after the Snowden saga and the Federal Bureau of Investigation-Apple dispute. He chooses to not comment on Microsoft 10 that had a backdoor that allowed snooping to occur and had to be modified for use in China. Nadella is understandably low-key on matters that might have political ramifications and consequent business repercussions.

All in all, this is not a book with any new insights since the issues have been discussed at greater depth in many other publications. But Nadella brings a sincerity of purpose, a personal poignancy of his story, a careful candidness of approach and an articulated clarity about himself and his role.

This isn’t a memoir. This isn’t an inside-Microsoft tale. This isn’t a complicated abstract tome on corporate culture and the future of mankind. This is a bit of all and they appear to be working. After all, since Nadella became CEO, Microsoft’s market value has jumped by $280 billion. This book, as Gates in his foreword acknowledges, has “more literary quotations than you might expect”, is the only book by a CEO that I am aware of with quotes from Nietzsche!

Get Swarajya in your inbox everyday. Subscribe here.
Tags:
69 Shares