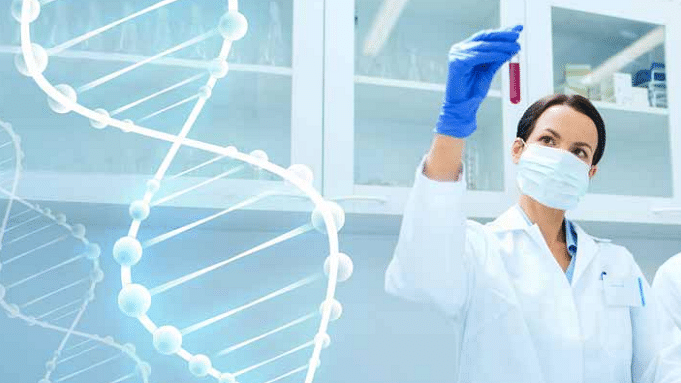 Today, when it is possible to sequence a complete human genome for $1,000, a technique like CRISPR could lead to interventions that save lives

One of the persistent concerns about Indian innovation is whether, with our relatively poor position in R & D, we are falling behind the curve. It has definitely been true in the information technology sector: Indian companies that have done well have done so, not based on technological breakthroughs but on offering low-cost engineering services. That’s cost arbitrage, not R & D.

There’s nothing wrong with cost arbitrage, of course, and several globally competitive Indian companies have made fortunes for thousands of employees. But if you look at the landscape of Indian ‘unicorns’, there is little that is not a replication of already-proven business models. That is, business innovation, rather than technological innovation. Examples like Zomato, Flipkart, and OlaCabs come to mind.

That is sustainable for a while, and indeed, may lead to great success, as seen in the case of China’s Alibaba. But in the long run, there is a real need for technological innovation—indeed, many companies are investing heavily in small startups, such as Facebook in Oculus and Whatsapp, just so they can take advantage of new market opportunities.

There are several technologies vying to become the Next Big Thing.

For instance, Virtual Reality. To get a feel for VR, I bought a Google Cardboard- based Viewmaster viewer that can be paired with my Samsung Note 3 to produce quite stunning immersive 3D experiences. I can even, using Cardboard Camera, take virtual reality panoramas of places I visit.

However, it may be that I don’t understand it, but I get the feeling that VR and its cousin Augmented Reality are not the most natural user interfaces for computing except in a few narrow areas, such as, say, gaming, training, repairing, real estate, retail and, of course, that perennial early adopter of technology, pornography. I did a walkthrough in a virtual apartment at Credit Agricole’s incubator in Paris, and the idea of being able to see exactly what the interior would look like is valuable for a potential buyer.

If I put on my crystal-ball-gazing hat, there are at least three technologies that are more likely to become big winners in the next few years, although I know I am going out on a limb, and the track record of technology forecasters is abysmally poor. The three are: machine learning, blockchain, and CRISPR.

Machine learning has received the most publicity, especially after the exploits of DeepMind, a Google subsidiary, and its smashing 4-1 victory over the world champion in Go. Other technologies combining robotics and machine learning, such as in self-driving vehicles, have a chance to seriously disrupt exist- ing industries. For instance, fleets of self-navigating vehicles that appear on command may result in people owning fewer cars, which anyway sit idle 90 percent of the time.

There are also fears about how ma- chine learning-based systems can replace large numbers of white collar workers, including well-paid professionals such as investment bankers, lawyers, account- ants, and doctors. Maybe not replace them per se, but reduce their competitive advantage so much that their bargaining power, and thus incomes, will diminish.

There are hardly any Indian companies focusing on robotics, artificial intelligence or data analytics, although a combination of all three may well become big business down the road. There are, though, a few companies with a first mover advantage in big data, which leverages India’s strengths in analytics services to support targeted marketing.

Blockchain, the technology underlying Bitcoin, may have more longevity than the currency itself. Its attraction stems from the fact that it does disintermediation, thus taking away a major raison d’etre of “trusted intermediaries”such as banks, escrow companies, land registries, and the like, promising to ensure that a transaction or a claim of ownership will be verifiable, safe and trustable.

Instead of a monolithic central authority (like a central bank issuing currency) that, by fiat or license, is the trusted intermediary, blockchain keeps a distributed ledger, where thousands of independent servers (miners) worldwide will record the transaction or ownership claim. It is next to impossible to manipulate or alter the records on all (or a majority) of these servers, and thus if you make a query, and a substantial majority of miners provide the same result, then that answer is trustable.

In a sense, blockchain is another triumph of distributed systems. I wrote in these columns earlier about “jati as social innovation” where I pointed out that jati, as a distributed system, is far more robust than brittle centralized systems of organization. It is resilient.

The third major technology, and the one that will quite possibly have the greatest impact, is CRISPR-CAS9 in genetics. There is a trend these days towards democratization of technologies (indeed, both machine intelligence and blockchains demonstrate this) and CRISPR comes at a time when open-source biology is becoming prevalent through bio-hacking tools such as Amino (see my column, The Human Digital Future in the April issue of Swarajya).

The widespread availability of biological tools may lead to an explosion in creativity as the availability of software platforms such as UNIX and Linux did. Of course, that can be for good or for bad. It does make me nervous that there is so much a technology like CRISPR can do, that if it fell into the “wrong hands”, it can wreak havoc.

What is CRISPR? I listened to an interview on KQED (San Francisco) Forum with Jennifer Doudna, of the University of California, Berkeley, who is a pioneer in the field and a Nobel Prize candidate. CRISPR-CAS9 (Clustered Regularly- InterSpaced Short Palindromic Repeats, Crispr-associated genes 9, to give its full name), is a gene-splicing tool that is surprisingly effective, and fairly cost-effective. It can cut specific genes out of a germline and replace them with others, as desired.

There is now talk about a Grand Unified Theory of Genetics.

The result is that human or animal or plant germ lines can be tailored for particular purposes. You could, potentially, produce wheat that is resistant to fungi. Or mosquitoes that cannot harbour the pathogens they normally carry. Or human babies that have undesirable genes cut out, and desirable genes put in: “designer babies”. The Chinese have done two such experiments on human embryos. The first failed, and I am not sure about the results of the second: Han Supermen, maybe?

The Frankenstein dangers are obvious, as are the potentially enormous benefits. The very idea of gene tweaking makes many people queasy, but it could be the basis of a very good industry. Today, when it is possible to sequence a complete human genome for $1,000 (and falling), a technique like CRISPR may well lead to interventions that save lives and improve the quality of life.

It would be a good idea for Indian entrepreneurs to figure out how these technologies could lead to innovative solutions for Indian problems.

Rajeev Srinivasan focuses on strategy and innovation, which he worked on at Bell Labs and in Silicon Valley. He has taught innovation at several IIMs. An IIT Madras and Stanford Business School graduate, he has also been a conservative columnist for 20 years.