Treat Agriculture As A Business 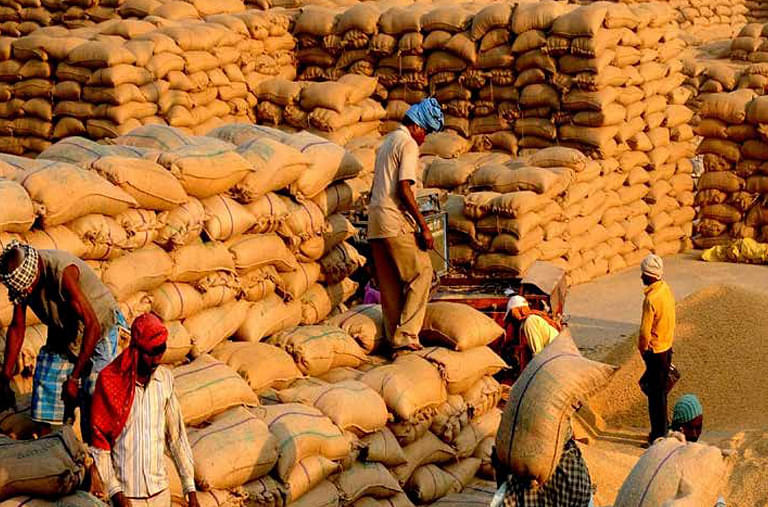 Indian farmers must learn to make hard nosed business decisions and be part of a free market. There is no other solution to their distress.

India has been trying to fix the problems of its farmers for decades and has failed miserably. Instead, the farmers’ plight has got worse with no end in sight. Most of the “solutions” were mindless appeasements and subsidies, without understanding the malaise of the social welfare-based approaches. It just created entitlements (rights!) that now have become a huge budgetary drag on the nation without solving the problems.

Just a fortnight ago, the father of India’s Green Revolution, Dr M.S. Swaminathan, speaking in Chennai, was bemoaning that Indian agriculture is permanently stuck at the crossroads. Another former Director General of the Indian Council of Agricultural Research (ICAR) with a puckish sense of humour used to joke with me in private that the damned Indian agriculture has been stuck at the crossroads for almost five decades, and does not seem to budge. India’s agriculture has truly become directionless, and no one seems to know what to do.

The cruel joke is on the hapless farmers. The political class, the bureaucracy, and the agricultural scientific community are either totally clueless or simply don’t apply their minds seriously to tackle the problem on a war footing. The farmer leaders are too self-indulgent to hear any sensible advice from any quarter. They are in it purely for their own selfish ends. Then there are equally self-serving farm activists and civil society groups who use farm misery and poor farmers as their meal tickets. Yet everyone talks of sustainable agriculture without realizing that there will be no sustainability without economic viability. Many of them have obscurantist ideas. By advising farmers to go back to heirloom seeds, agro-ecological farming to natural farming to organic farming, they will drag Indian farmers into an abyss from which escape is impossible.

So who is going to rescue the beleaguered Indian farmer? This is a $64 million question for which answers are hard to come by. Perhaps, it is time for all to wake up from deep slumber and realize that market forces are so powerful that the only solution is to submit to market-based solutions. In fact, even under socialistic agriculture, there were always hidden market forces that never allowed resolution of problems unless we heeded them openly.

The socialistic ideas of solving farmers’ woes by simply throwing good money at bad solutions, never worked. India’s standard response to farm distress—to throw monetary sops without paying any serious attention to the intransigent problems—has only exacerbated them. There is no real political leadership to solve agricultural problems, and this is where Modi’s government must seize the opportunity and co-opt likeminded political parties to show some new directions. And, this is where market-based solutions will come into play.

Without political will of all parties, long-term solutions cannot be had. The irony is that the UPA which was in power for a decade could not or did not care to even make an attempt to solve any problem of the farmer, but now is crying hoarse as to why the NDA government is not able to wave a magic wand and make all problems disappear. That is not going to happen in another 100 years. Anyone who is serious about solving farmers’ problems must understand that it will take a decade or longer for the solution to show results, which means that all political parties must come together to pledge that they will not tinker with the previous government’s interventions that have been mutually agreed upon when they come to power.

Modi’s government can start the serious exercise by first getting rid of the present minister of agriculture and induct a technocrat to lead the ministry. Give farmers total freedom to grow whatever crop they find remunerative, even at the cost of foregoing food crops. If that upsets food security, so be it, and that will jolt the market to behave in a way that it will be forced to pay remunerative prices.

Create a single market for all farmers across the nation. Any subsidy must be paid directly to the individual farmer’s bank account on time. Offer affordable crop insurance on the condition that all payments should be made statutorily within one month of the crop loss. Only nationalized banks must disburse all farmer loans with the government acting as the sole guarantor. Private moneylenders must be declared illegal and completely eradicated. Not a single farmer should be left out in the cold for either loans or crop insurance.

State governments who are the first ones to cry hoarse if the central government intrudes into their territory by beating their chest that agriculture is their turf, must be forced to step up to the plate and take responsibility for managing agriculture. The stewardship of agriculture has been neglected for way too long as the State has abandoned agricultural extension work. Agricultural education and extension must be restored to their past glory in the face of new technologies that need sound knowledge for technology management on or off the field. All of this will take more money, and that has to come from the central government, which will have to increase its budget even at the cost of other superfluous programmes.

The sad part of the agricultural saga around the world has been that governments have decreased their investments in agriculture steadily for decades now, and that needs to be corrected on an urgent basis. This is where the NDA government has to show bold leadership. In fact, Prime Minister Modi must directly communicate with the nation about the state of agriculture. The nation will support him even if the Opposition doesn’t and they will be exposed.

Ineffective farming, unscientific and incompetent farming must not be tolerated. Subsistence farmers who till less than a hectare of land must be weaned away from farming and alternative livelihoods must be provided for them to transition from agrarian livelihood to employed lifestyles. This will take a couple of generations, but can be achieved if all political parties understand the problem and commit themselves to long-lasting solutions.

Subsistence farming will only sustain the poverty of the tiller. No amount of modern technologies will solve problems of agriculture with minimum scale of operations to make it profitable. Economics of scale are critical for the profitability of farming. The mantra that there will be no sustainable farming unless it is economically viable must be the grounding principle of any future agricultural policy.

It is time to shake up the ICAR, the world’s largest national agricultural system. Lately, it has become a sloth-like behemoth that is sinking under its own weight. The World Bank assistance (read loans) to revamp ICAR for over two decades must be scrapped post-haste, as it has not achieved its purpose. India must find all resources needed for agricultural research internally, and not have to borrow it from a lender who will impose its own conditions that my or may not be useful. ICAR badly needs a business head like a CEO who can reform it to deliver results in a timebound manner. The loathsome bureaucracy of ICAR must be completely overhauled. Entrenched vested interests will not allow all this to happen easily, but a fearless government can crack the whip to put them all in their places or else, show them the door.

As for the farmers themselves, they need to be saved from their own follies by not clinging on to outmoded methods of farming. They must learn to treat agriculture as business and learn to make hardnosed business decisions to remain profitable. Any kind of romanticism or emotional attachments to the land or the crop or campaign tactics of some civil society organizations to take them back in time will never allow them to get out of poverty. In fact, there is no government that can help such farmers. Governments can only give lip service, but to what end? When everyone is making business decisions for profit, why should the farmer be the only entity that continues to make foolhardy decisions and keeps on suffering in misery and suicides?

Which other businessman will keep investing in the same business decade after decade, when the guaranteed result is known to be a net loss?

This is the crux of the problem of the present-day farmer in India. Agriculture must be treated as business; this idea must be driven hard by all those who truly and sincerely care for uplifting the Indian farmer. As Pandit Nehru used to say, in India, everything can wait, but not agriculture. A golden opportunity is knocking on the door for the Modi government to take the lead.