When It Comes To Provision Of Public Utilities, Policy Cannot Be Beholden To Any Ideology 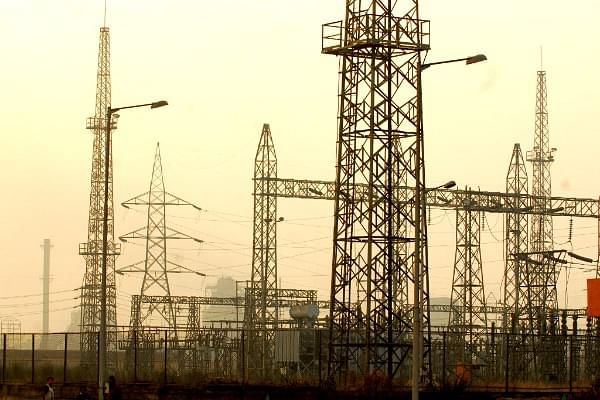 As I write this, friends from Silicon Valley tell me about rolling power blackouts in the area. This is startling, because in the many years I lived there, I experienced exactly one (planned) blackout, with much early warning.

That people are faced with unplanned power loss is unbelievable. There are other issues too: infrastructure is crumbling; the streets of San Francisco are full of vagrants and their bodily wastes; the healthcare system is overloaded, expensive and ineffective.

The power problem is from PG&E (Pacific Gas and Electric), the utility that generates and distributes power in Northern California. This private firm is in Chapter 11 bankruptcy after it got hit with large adverse judgements related to major fires ignited by its overhead transmission lines in 2017 and 2018.

The grid is the direct issue but then there are concerns about generation too: its portfolio is hydroelectric, nuclear and gas-fired. Is this balanced and appropriate for a low-carbon future?

To avoid wildfires caused by the coronae of high-voltage transmission lines (when high winds were expected), PG&E shut down parts of its grid, leaving 2,000,000 customers vulnerable to blackouts.

Especially for Americans used to flagrant overuse of relatively cheap electricity, this is a shock. In particular, for those dependent on high-tech medical devices at home (probably far too many people) this could lead to emergencies.

Expensive $1,000 oil-fired generators are selling like hot cakes in the SF Bay Area. We in India know these are nasty, dangerous, and prone to trouble.

There are several lessons. One is that PG&E is a listed private entity, subject to the whims of shareholders and the market. It is also obligated to follow the diktats of the state public utility commission that decides what their rates can be.

Is full privatisation the right answer for utilities? The current enthusiasm in India for privatising rail service needs to consider this question.

The answers are not obvious. In Japan, the privatised rail system works well; even though fares are high, the bullet train system is superb. Conversely, privatisation in Britain brought in high fares, but poor service.

In the US, the rail system is only able to compete with roads and air travel in one or two corridors, such as Boston-New York-Washington DC.

What is the via media: some kind of lightly regulated entity? The Japan case needs to be studied. Incidentally, Japanese infrastructure is also far better than in the US: just compare spotless Narita in Tokyo with appalling JFK in New York.

The other question is whether the age of the electricity grid itself has come and gone. Just as India was able to leapfrog from sparse landlines to ubiquitous cellular service, is it time now for microgrids using renewables?

This debate is current for PG&E too. There are small private microgrids serving communities such as the University of California, Berkeley.

Should these be networked across entire regions, and the larger grid used (if at all) only for backup and for feed-in? What are the storage options? Should there be incentives for local production and consumption?

A third, peripheral question is that of healthcare. There is a determined effort in India to get everybody to hospitals (read allopathy), and into insurance.

Here again, the US experience is salutary. They spend an enormous amount of money but their citizenry is only moderately healthy.

In India, there is the successful model of Aravind Eye Care which is a for-profit entity that offers high-efficiency and low-cost services.

In contrast, I was teaching a case on Jan Swasthya Sahyog, which provides rock-bottom rates for surgery to tribal patients in Chhattisgarh. However, their business model based on charity is not sustainable.

Policy makers have to consider the limits of both unfettered capitalism and the dirigiste state in deciding on how to provide good services at reasonable prices.

The emergence of new technologies and business models makes the problem ever more acute. Big data, blockchains, platforms and AI can be both a boon and a curse.