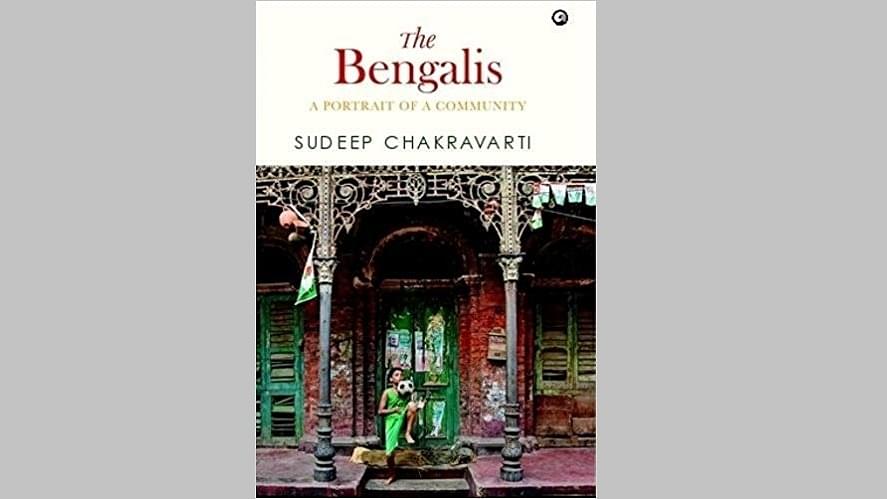 Cover of Sudeep Chakravarti’s The Bengalis: A Portrait Of A Community

I was deeply disappointed with this book. I was hoping to point out all the things the author had missed, accompanied by some humorous remarks, but he seems to have covered everything. I had to change my plans.

It was always an exercise fraught with peril. Everyone seems very sensitive these days, but Bengalis always have been. When injustice was done to Sourav Ganguly, we did not keep quiet. Insults to our history and culture are never taken lightly, and Sudeep Chakravarti has now taken his life into his hands and written a book on all of it. He does a good job, as you would expect him to. He is a highly regarded journalist, and the author of several books, including Red Sun, his magisterial account of the Naxalite movement. I used it as a reference while I was trying to write about the Naxals. It was deeply researched and cleanly written. He brings both those qualities to his new book.

The early part of the book traces the history of Bengal. I was astonished by how rich it used to be. Bengal was famous for fine fabrics. A single piece of muslin would sell at the price of 80,000 chickens. “I have seen no country in the world whose provisions are cheaper than this country,” said Ibn Batuta, in the 14th century. “The finest and most fruitful country in the world,” said Francois Bernier in 1665. It was no wonder that the British grabbed Bengal and refused to let go. In the blink of an eye, they transformed the guiding principle for the peasantry from Nawab Murshid Quli Khan’s “Let them grow rich and the state will grow rich”, to “Milk them dry and we will grow rich”, and a series of famines ensued, most notably in 1770 (10 million dead) and 1943 (two million).

They proved incredibly hard to get rid of, especially in Calcutta, where some of them might still be lurking in the Bengal Club, which they originally snatched from Kali Prasanna Sinha, author of the most famous Bengali version of the Mahabharata. Bengal has been pillaged by everybody, starting with Bhima in the Mahabharata, who looted Vanga. Vanga fought in the Great War on the losing side, beginning a tradition of difficult centre-state relations, which continues to this day.

The author traces the ebb and flow of religion in the state, from 500 years of Buddhism under the Pala dynasty to the swift spread of Islam, and the rise of Vaishnavism, inspired by Chaitanya Mahaprabhu. There are many little nuggets to enjoy, such as the fact that Lord Curzon was tortured by his nanny as a child, which explains almost everything else he did subsequently. He covers the evolution of Bengali speaking enclaves such as Cachar, Manipur and Tripura. He traces the development of the language, revealing, for example, that the word “boka”, which we all love, comes from the Arabic word “bewakoof”. He lovingly recreates the moment when Mohun Bagan won the IFA Shield for the first time, in 1911, defeating the East Yorkshire Regiment 2-1, to rousing cries of “Bondey Matorom!” Apparently, the Standard Cycle Company sold over 100,000 cycles by giving a free poster of that Mohun Bagan team with every cycle.

Chakravarti devotes a nice, long chapter to food, as is only to be expected, although he never reveals what wine should be served with chhechki or chochchori. This book is best read as a series of long essays, on subjects such as language, the Bengal Renaissance, modern Bangladesh, the revolutionary era and the diaspora. I had to read it together for the review, and my head is spinning, filled with so many things, like the fact that the Sen dynasty, which ruled Bengal briefly, originally came from Karnataka, and the fact that throughout his book, The City Of Joy, Dominique Lapierre referred to the Eden Gardens as the Garden Of Eden.

It’s a rich feast. Chakravarti has done well. As we say in Bengal, the boy has parts. If I had to quibble, I would complain about fish. Not enough attention has been paid to them. The way in which our souls and fish are intertwined is integral to who we are, and it is not evoked adequately. But otherwise, Chakravarti passes a difficult test with flying colours. So if you’re a Bengali, married to a Bengali, trying to get married to a Bengali, or simply in love with how awesome we are, you should read this book.