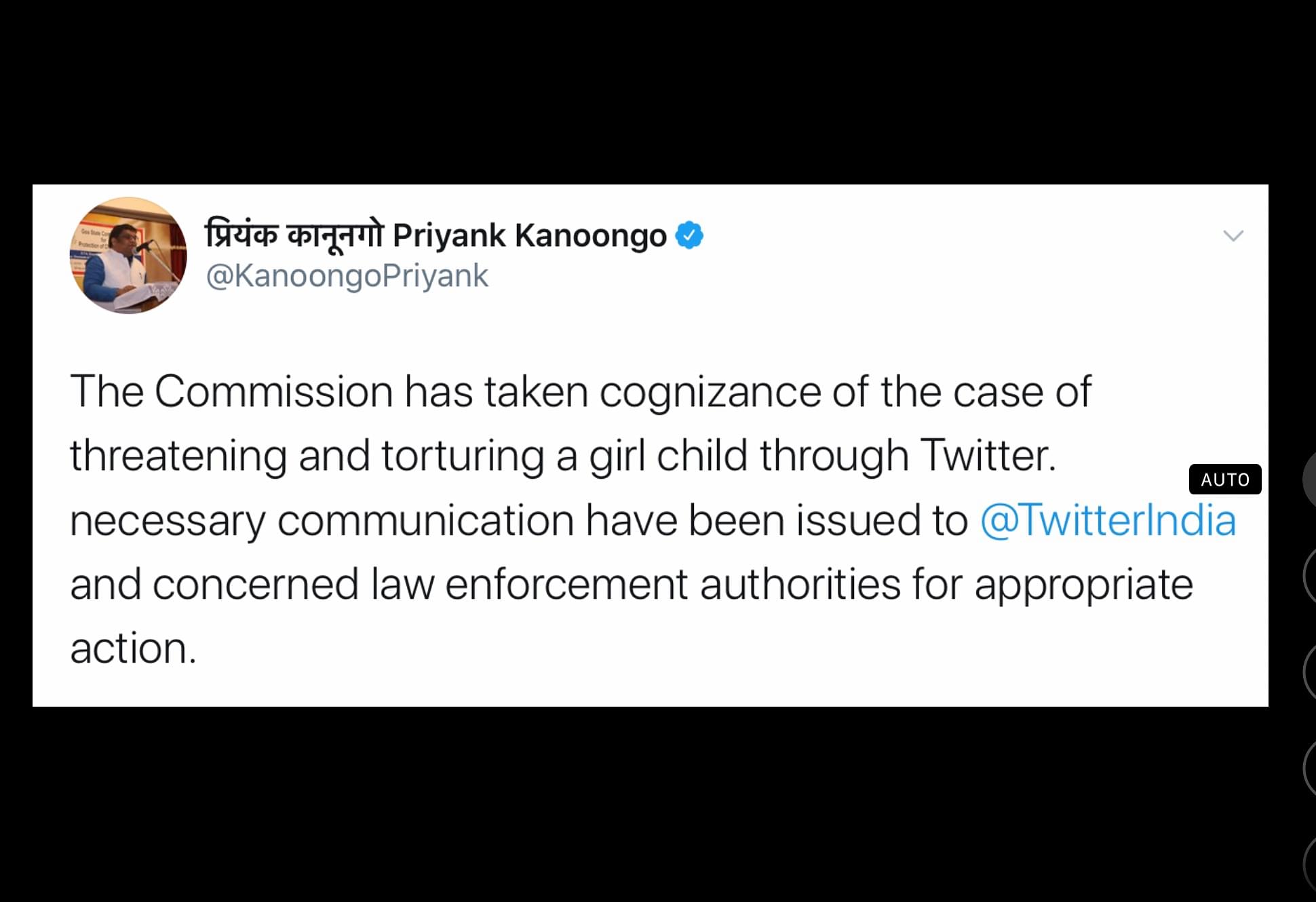 “Fact-checking” website Altnews’s co-founder Mohammad Zubair, who tweets from his verified handle @zoo_bear, has come under the scanner of the national child commission for a tweet. The commission has asked the Delhi cyber police to act on complaints made to it regarding the tweet.

On 7 August, Zubair indulged in an online spat with a Twitter handle, @JSINGH2252. Zubair went on to post the display picture used by the handle that showed him with a girl child, possibly his granddaughter. Zubair blurred the girl’s picture and wrote, “Hello Jagdish Singh, Does your cute grand daughter know about your part time job of abusing people on social media?”

Zubair’s tweet came under heavy criticism from social media users who accused him of using a child to get back at a critic.

Old prophetic technique to use opponent's women as shield .This is a crime in India, requesting Shri @JSINGH2252 to report the tweet and file an FIR against Md. Zubair and his media portal @AltNews .
Tagging @NCWIndia as it violates the modesty of an underage girl. https://t.co/98zYqSDgLM

So @AltNews allows employees/founders to use their services for personal vendetta as well https://t.co/dIRGoxv8Q9

Hello Mohammad Zubair,
What about you? Do your side know of your part time job of using people's personal information to threaten them indirectly by invading their privacy?@RDXThinksThat @MajorUpadhyay @GeneralBakshi @CPDelhi @Cyberdost https://t.co/ccbHwiNOGJ

It also led to a barrage of abuses hurled at the child by Zubair’s supporters. For instance, a handle, @de_real_mak, tweeted this:

A group, called Forum for Indigenous Rights-North-East India, that tweets from the handle @fir_ne, wrote to the commission the same day. “We are deeply anguished about an incident of online harassment and threat followed by stalking of a minor girl by an online stalker Mohammed Zubair bearing the Twitter handle @zoo_bear,” the letter said.

We request the authorities to take immediate punitive action against the individual to avert any impending crime!@HMOIndia pic.twitter.com/nT9fBPjwYu

The same day, the National Commission for Protection of Child Rights (NCPCR) wrote to the deputy commissioner of police (DCP) Delhi, Nodal Cyber Cell officer, saying that the commission has received several complaints seeking action against Zubair under POCSO or relevant acts for “stalking of a minor girl on Twitter”.

Child commssion has taken cognizance of a tweet by Mohammad Zubair on "online harassment" of a minor girl. Asks Delhi cyber police for action.

Another feather in the cap of Altnews pic.twitter.com/s9wQ7WKb5h

“Even his followers have started posting indecent and disgraceful comments on the minor girl pictures,” the letter said, and added that harassing, threatening and stalking are offences under the Indian Penal Code and POCSO Act.

“Since, it pertains to online harassment, threatening and stalking of a minor girl, the complaint is being forwarded to you for deemed lawful action in the matter at your end,” the letter says.

The commission’s chairman Priyank Kanoongo also tweeted about it:

The Commission has taken cognizance of the case of threatening and torturing a girl child through Twitter. necessary communication have been issued to @TwitterIndia and concerned law enforcement authorities for appropriate action.

Till the time of publishing this report, Zubair had neither deleted his tweet nor reacted to the commission’s letter.

Swarajya has earlier written on how Zubair misused his Twitter reach to show a dalit woman and her minor son as liars, thereby trying to sabotage their case against a neighbouring Muslim family. The dalit family had accused the neighbouring family of harassing them in order to make them leave the village. Swarajya had reported the family’s complaint and posted videos of the family’s statements.

Later, a probe by higher officials found that some local cops had tried to downplay allegations by the dalit family in order to shield the accused. Despite being pointed out, Zubair neither apologised nor deleted his tweets against the dalit family.

But here's the disturbing part & it should concern anyone who follows him: A dalit woman who's repeatedly said she was sexually harassed evokes no sympathy from him. Police, without proper probe, suggests she's a liar & @zoo_bear supports this. Pathetichttps://t.co/IiF2Kefm63