No, Allahabad High Court Has Not Said Cow Slaughter Act Is Being Misused Against Innocents; Media Misreports 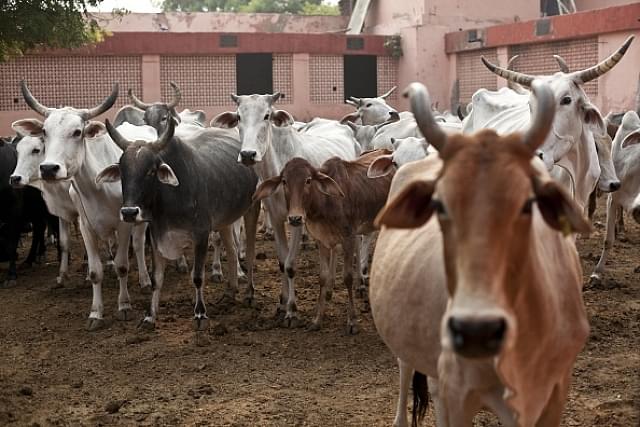 A large number of publications have reported – and prominent newspaper like The Times of India have even published it on the front page - that the Allahabad high court has observed that anti-cow slaughter act ‘is being misused against innocents’.

This is fake news.

The publications have mistaken lawyer submission on behalf of cow slaughter accused as court observations. As this correspondent has earlier revealed, the said submission - verbatim - has been in use for bail applications in cow slaughter cases in the Allahabad high court since at least 2015.

Below is a list of publications that have reported the false information:

Let’s take a look at the court order on 19 October, 2020, that has been the basis of these news reports:

Justice Siddarth J of the Allahabad high court was hearing a bail plea on behalf of Rahmu alias Rahmuddin, who was booked earlier this year under the Uttar Pradesh Prevention of Cow Slaughter Act, 1955 at Thana Bhawan police station of Shamli town (FIR number 147/2020).

Advocate Onkar Singh, appearing for Rahmu for his bail application, made a submission that the Act is misused against incident persons.

Here‘s full text of the submission on 19 October:

The media has mistaken this submission for court observations. While a closer reading of the bail order is enough to conclude that the statements were part of lawyer submission, a further proof of this is the fact that the same submission has been in use in Allahabad high court since at least 2015.

(Reuploading thread due to a technical problem earlier)
I am giving 10 bail orders by Allahabad HC in cow slaughter cases in 2019. The content that of lawyer submission on behalf of accused in ALL these orders has now been WRONGLY reported as âcourt observationsâ by all media
1. pic.twitter.com/3fJTm7lyNf

I am giving 8 such bail orders below. The clip on the right in each case is the submission. Same to same in all cases. I hv marked first and last line in yellow.
I showed the documents to a Delhi HC lawyer. He said it shows the counsels are working in tandem

Now, see the same submission - verbatim - in bail order by Allahabad high court on 18 October - that, is a day before the bail order that has now become the basis of all news reports - and on October 23.

Also attaching the one given on 23 Oct, that proves the content was lawyer submission. See part in green pic.twitter.com/LTW5odR9Jh

It’s evident now that the media has goofed up big time in reporting the latest bail order of the Allahabad high court.

Curiously enough, while the publications have misreported lawyer submission as court observations in this case, they downplayed and even ignored the damning observations made by Punjab and Haryana high court last year about the rampant cow slaughter in Nuh (formerly Mewat) district of Haryana.

These are a few of those observations:

“...there is a complete inaction on the part of the police of District Mewat or deliberately the accused are let to go; or there is a question mark for registration of these cases...”

“…the offences are being committed by hardcore smugglers, fully trained and that too in a well planned manner on large scale in an organized way. The affidavit also reveals that whenever the police tried to apprehend the accused or make efforts for intercepting or stopping the vehicles carrying smuggled cows for slaughtering, then accused persons attacked them not only with stones, but there are instances of using illegal firearms/weapons and such incidents are frequent in District Nuh.”

“…it is apparently clear that situation is quite alarming and mere registration of the FIRs for commission of the offences under the Act of 2015, resulting into 100% acquittal by the trial Court(s) can only be termed as a police paradise and by no stretch of imagination, it can be accepted that law enforcement agency is successful in any manner for implementation of the provisions of the Act of 2015 in District Nuh.”

Here‘s a Twitter thread on the observations by the Haryana high court:

Media jumped onto an order by Allahabad HC on âmisuse of cow slaughter act against innocentsâ despite the fact that exact same content is being given as lawyer submission to court since 2009
But, it hardly reported the damning observations by Haryana HC on cow smuggling
See this: pic.twitter.com/80PsM5cb68