Five Bollywood Sports Films That Got It Right 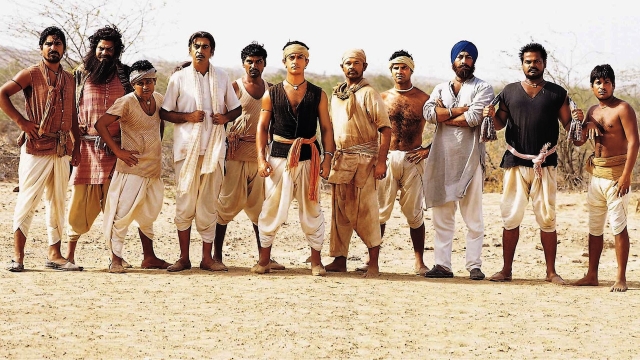 A shot from Lagaan

With the success of Sultan and the trailer release of the highly anticipated Bollywood film, MS Dhoni: The Untold Story, sports-based films are now once again in the limelight. The time is apt, therefore, to revisit some of the better films Bollywood produced centred around sports.

In no particular order, here is a list of the five best Bollywood films with a sports theme.

An unfairly disgraced Indian hockey captain gets a chance at redemption when he—against all odds—becomes the coach of the national women’s hockey team. Shah Rukh Khan excels as the lead (which is unusual), and the 16 women debutants as his team turn in excellent performances in complex roles. This is as rousing a film as an Indian that you will ever see.

Everyone in India knows about Lagaan. It kept all of India riveted, as a drought-stricken village led by Bhuvan (Aamir Khan) learns cricket and beats an English team led by the racist District Magistrate. All very entertaining, with every obscure rule of cricket brought into play, but it violates a very basic rule of the game. Can you tell us what it is?

Farhan Akhtar trained for two years to develop the physique of an Olympic runner for this biopic. Milkha Singh himself approved of the film, and we respect his opinion. But there is a question to be asked: Why was a bigger deal made of Milkha Singh beating a Pakistani sprinter than his coming fourth in the Olympics by the whisker of a whisker?

Perhaps the most heartwarming of all Indian sports films ever made is Iqbal. Directed by Nagesh Kukunoor, it traces the journey of a deaf and mute teenager who is a talented fast bowler and who overcomes all obstacles to play for the Indian team. The manner in which the film—and most of its characters—treat disability is extraordinary, and the film goes far beyond sports to our fundamental attitudes towards people who may not have the advantages that most of us have and don’t even know.

Maybe the producer and the financiers cleverly zeroed in on a sure-shot idea after the 2012 Olympics. Maybe Priyanka Chopra was in the right time and place of her career when she wanted to try something different. But neither of these factors have any bearing on Mary Kom’s life and achievements. She is a true icon, and the film could perhaps be made required viewing for our schoolchildren so they can learn about this exceptional woman, and also about the North East, a region of our country that we know little about.