'A Bolder And Better Indian Army Flopped Xi’s Plans, Now His Future Is At Risk' 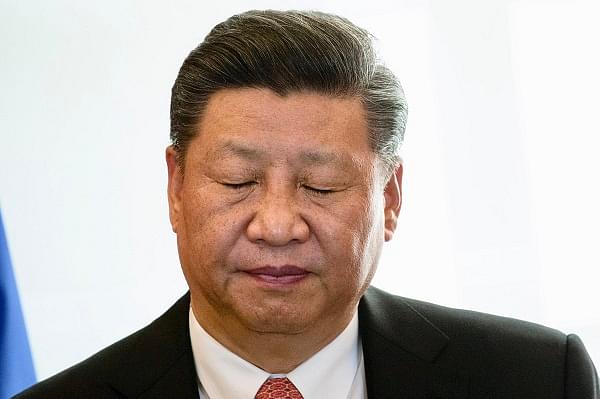 Gordon G Chang, in an opinion article for Newsweek, has argued that with the “failed high-profile incursions” of the People’s Liberation Army (PLA) at the Indic-China border, Xi jinping had risked his future.

Chang said that the aggressive moves of the PLA, whose architect is Xi, had unexpectedly “flopped”, and resulted in a decrease in Xi’s capacity to intimidate anyone.

"Ruler Xi Jinping, already roiling the Communist Party with a "rectification" campaign and mass persecution of foes, has risked his future with recent high-profile incursions into Indian-controlled territory.”

Chang said that traditionally the Indian leaders, "psychologically paralysed by their loss in the 1962 border war with China, played only defence”. This meant that Beijing had gotten accustomed to getting its way in disputed territory.

“Paralyzed no more,” he writes. The Indian soldiers fought back after the Galwan valley clash and inflicted substantial casualty on the Chinese side. Moreover, recently, for the first time in a half-century, India carried out an offensive against China, taking back high ground the Chinese recently grabbed.

“China's subsequent efforts to counter the Indian moves proved ineffective. At least for the moment, India's troops, in the southernmost of the three areas of conflict, are in control of territory once in Chinese hands.”

India's troops are displaying newfound boldness. India has effectively ditched these rules intended to limit casualties, said Chang. He quoted Cleo Paskal of the Foundation for Defense of Democracies as saying, “The game has changed..You can say the Indians are more aggressive or more aggressively defensive, but they are in fact bolder and better."

Xi is under pressure to demonstrate the capabilities of its ground force. In its last major engagement was in 1979, in the effort to "teach Vietnam a lesson", China failed miserably.

Xi needs "a victory" and could force further conflict in Ladakh. However, given the rapid buildup of Indian forces and their high state of readiness, Xi is not assured of the success that he craves and needs, Chang quoted Jayadeva Ranade, a former senior Indian intelligence official and now the head of the New Delhi-based Centre for China Analysis and Strategy.

Chang said that the setbacks in Ladakh mean Xi will almost surely purge elements of the military, and therefore, the PLA leaders would have little choice but to undertake offensive military actions to avoid becoming a victim of Xi's internal terror.

In a highly politicised military, the Ladakh failures give Xi an excuse to pick up the pace of replacing adversaries in the armed forces with loyal elements.

Xi has been on a power centralisation spree for the past many years.

“Other nations will take notice that China's military is deficient..the failure to push around the Indian military means Xi's ability to intimidate anyone is much reduced.”

“Unfortunately, it looks like China's leader, who had looked invincible, now has something to prove. As a result, he appears absolutely determined to make his point by launching another attempt to break India apart,” said Chang.