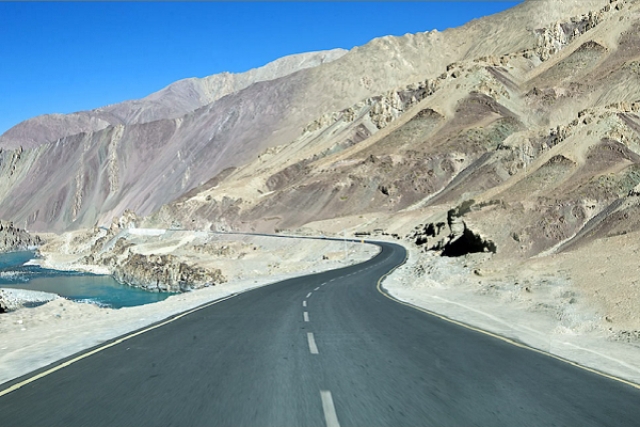 China is frustrated with India in Ladakh because a journey that used to take 16 to 18 days for the Indian Army to reach the Line of Actual Control (LAC) in 1962 takes just a day today.

President of Ex-Services League Ladakh Region, Retired Subedar Major honorary Captain Sonam Murup while recalling his days in Ladakh Scouts Regiment of the Indian Army, told IANS that Indian defence is no longer what it used to be in 1962.

"There were deficiencies during the 1962 war and we lost our land, but now the Indian Army, Air Force and Navy are now fully trained, armed and equipped. But more than that, now we have roads, bridges and other infrastructure which we did not have earlier," the retired soldier said.

Disapproving the "Hindi-Chini bhai bhai" (Indian-Chinese brothers) slogan, which was popular before the 1962 war, Murup said, "We will not say it anymore. Instead, all the soldiers will raise only ''Bharat Mata ki Jai'' (Mother India live long) and Ladakhi ''Ki Ki So So Lhargyalo'' (Victory to God) slogans and defeat China. This enthusiasm is alive, not only among serving soldiers, but retired servicemen too. Even at the age of 84, our soldiers of Ladakh Scouts have the strength and competence to fight back."

Reminiscing about his experiences as a soldier, Murup, who had joined the Army in 1977 and retired in 2009, said that he and others would walk along with porters and ponies, carrying arms, ammunition, rations and other supplies, through the treacherous Shyok river, also known as ''the river of death'' for its difficult terrain and furious flow. Shyok is a tributary of the Indus river that flows through northern Ladakh and enters Gilgit-Baltistan, covering over 550 km.

"Sometimes, we used to cross even five times during a day. In all, we used to cross the river 118 times. It resulted in scraping off our skin, but we would keep moving on. It would take us 12 to 15 days, even till the 1980s," Murup said.

But things have changed today. "The current government made roads and bridges. The Galwan valley bridge got completed in 2019. Now in a day or two, soldiers can reach there comfortably. No need of ponies or horses or porters to carry arms and rations anymore," the ex-serviceman said.

At that point, he argued, China was self-assured but now they are worried that there is no weakness in the Indian Army''s deployment and infrastructure in the region. "That is why they are expressing their frustration with aggression. We should not trust China at all," the retired soldier of the Ladakh Scouts said.

Vice President of Ex-Services League Ladakh Region, Subedar Rigzin Nawang, recalls that General S S Grewal had long ago proposed that the Ladakh Scouts should be expanded from five battalions to 20. The Subedar had joined the Army in 1970 and retired in 1999. He participated in the 1971 war and in the 1999 Kargil war too.

"There is a huge advantage to that because Ladakh Scouts are native, already acclimatised and can be deployed as and when necessary without any delay caused due to the movement of the troops from the plains of India. Soldiers from other parts of our country need a day or two to acclimatise and sometimes bad weather causes further delay of the troops," Nawang said.

It was because of his mountain warfare skills and knowledge, that as a young soldier Nawang had crossed the LoC and entered Pakistan both in 1971 and 1999.