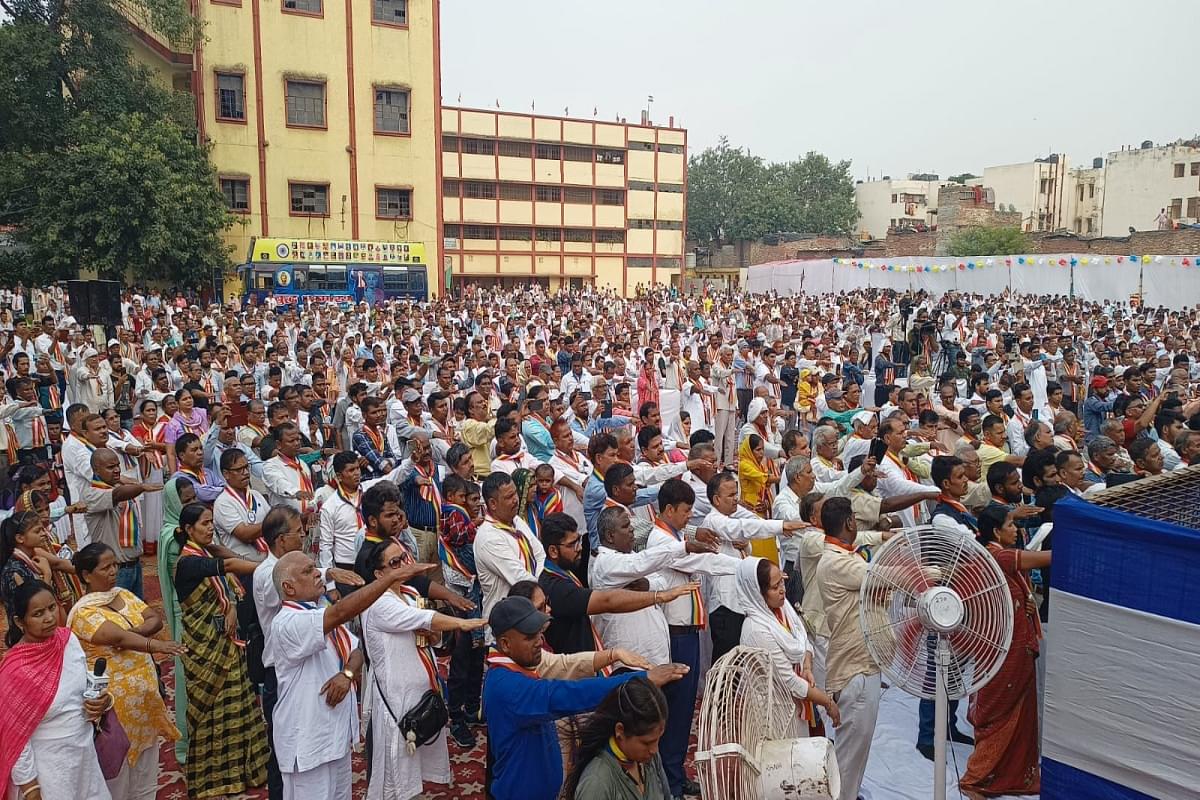 On 5 October 2022, the Social Welfare Minister of the AAP government, Rajendra Pal Gautam, organised a mass conversion programme in the heart of New Delhi. It coincided with the day when the rest of the country was celebrating Dussehra.

It was held at Ambedkar Bhawan situated at Karol Bagh, Delhi.

During the event, approximately 10,000 people belonging to the Scheduled Castes communities were converted to Buddhism. The Jai Bheem Mission, an organisation founded by the AAP leader helmed the event along with the Buddhist Society of India.

The Delhi Cabinet Minister claimed that the people are returning to their ancestral religion and even touted the event as “Ghar Wapsi”. While speaking on the reservation issue, Gautam said that he advocates reservations not only in jobs but in land distribution as well.

The minister, while referring to incidents that occurred in Jallore and Barmer, said that what kind of religion is this that allows the killing of people because they wore good clothes or kept a beard? One should leave such a religion that cannot protect us.

He added that mere reservations cannot treat the disease of casteism and proposed that the only way to end the evils of the caste system is to abandon the Hindu religion and adopt Buddhism, as Dr. B.R. Ambedkar did in 1956.

Gautam, in his speech, proclaimed that he does not fear losing his ministership for taking forward the mission to make India a Buddhist nation.

A Buddhist monk administered an oath to the people present, which called those converting to shun all Hindu Gods and Goddesses, practices, and beliefs. The oath seemed inspired by the “22 vows” Dr B R Ambedkar took when he converted to Buddhism.

The event has raised concerns about the role the AAP government and party seeks to play in Indian politics and society.

Also Read: Was Buddhism A Social Reform Of Hinduism?