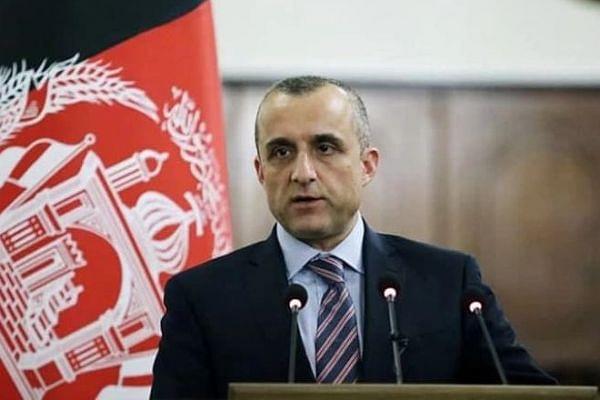 Amid continuous fighting between Afghan security forces and Taliban terrorists, Afghanistan Vice-President Amrullah Saleh on Friday (6 August) asserted that Pakistan's attempt to make the war-torn country its protectorate would not succeed.

"We will overcome this. We will come out stronger & wiser. We will be knowing our enemies, friends, half friends & fake ones too. We will come out like phoenix," Saleh said, referring to the ongoing fighting between Afghan forces and Taliban terrorists after the US announced the complete withdrawal of its troops from Afghanistan.

The Afghanistan government and its officials have long accused the Pakistani Army and its intelligence agency ISI (Inter-Services Intelligence) of aiding and supporting the Taliban terrorists.

"It is absolutely impossible for a shaky Pakistani State to make us a protectorate. Countdown to moment of reversal," the Afghan VP said in a tweet.

We will overcome this. We will come out stronger & wiser. We will be knowing our enemies, friends, half friends & fake ones too. We will come out like phoenix. It is absolutely impossible for a shaky Pakistani State to make us a protectorate. Countdown to moment of reversal.

Saleh, who also headed the Afghan intelligence agency National Directorate of Security (NDS) from 2004 to 2010, is a vocal critic of Pakistan and its security agencies' interference in Afghan matters.

Earlier, Saleh had said that Pakistan Army is the "architect, strategic master and low profile supplier" of the terrorist outfit Taliban.

"The reality is that Pak army is the architect, strategic master & low profile supplier of the ongoing full scale terror invasion in my country," the Afghan VP said in an apparent reference to Pakistan's support to Taliban.

The Afghan VP was also trolled last month by several Pakistani ministers for posting a 'Historic' picture of the Pakistan Army's surrender to the Indian Army in the 1971 Bangladesh Liberation War.