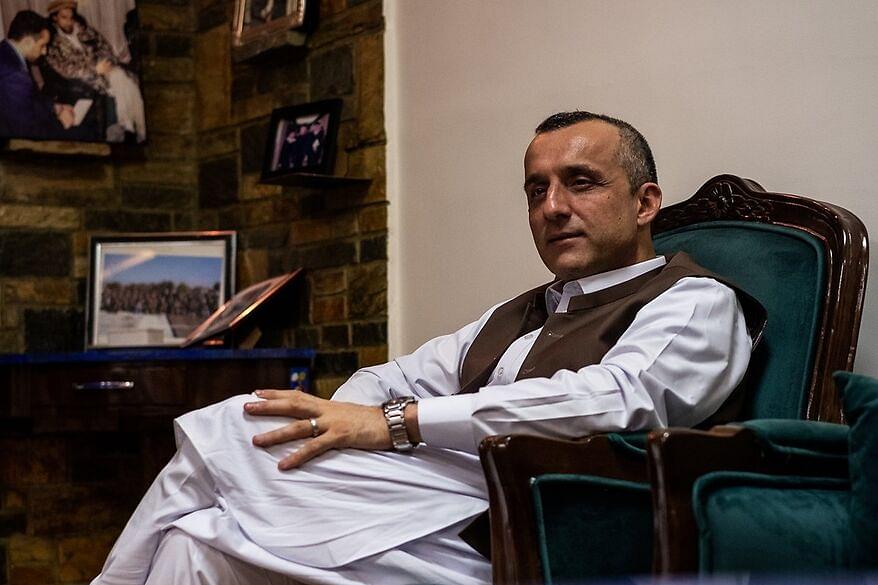 Amrullah Saleh, who was serving as the First Vice President of Afghanistan before the Taliban takeover, has called on the Afghans who are against the new regime to "join the resistance" against it.

In a tweet earlier today, Saleh said the Afghans have not lost their spirit to fight and will continue the resistance against the Taliban.

It is futile to argue with @POTUS on Afg now. Let him digest it. We d Afgs must prove tht Afgh isn't Vietnam & the Talibs aren't even remotely like Vietcong. Unlike US/NATO we hvn't lost spirit & see enormous oprtnities ahead. Useless caveats are finished. JOIN THE RESISTANCE.

Citing the provisions of the Constitution of Afghanistan, Saleh has also declared himself the caretaker President of Afghanistan.

"Am reaching out to all leaders to secure their support & consensus," he said, adding that he has not left the country.

Clarity: As per d constitution of Afg, in absence, escape, resignation or death of the President the FVP becomes the caretaker President. I am currently inside my country & am the legitimate care taker President. Am reaching out to all leaders to secure their support & consensus.

The Afghan leader, who also served as the director of the Afghan intelligence agency National Directorate of Security from 2004 to 2010, did not leave the country after Taliban fighters reached Kabul on 15 August. He is believed to be in the Panjshir Valley (northeast of Kabul), the country's last remaining holdout in the fight against the Taliban.

Before going underground on15 August, Saleh had said that he would not bow down to the Taliban under any circumstances.

"I won't disappoint millions who listened to me. I will never be under one ceiling with Taliban. NEVER," he wrote on Twitter, adding that

"I will never betray d soul & legacy of my hero Ahmad Shah Masoud, the commander, the legend & the guide," he added.

In the early 1990s, Saleh had fought against the Soviet-backed regime in Kabul under Ahmad Shah Massoud, a charismatic Afghan resistance leader.

In the latter part of the decade, after the Taliban took over Kabul and much of Afghanistan, Saleh fought against the Pakistan-backed regime as part of the Northern Alliance, a loose coalition of anti-Taliban ethnic militias led by Massoud and support by Russia and India. During the Taliban rule in Kabul, which started in 1996, it controlled a small part of the Afghan territory bordering the former Soviet republics of central Asia.

At one point, Massoud had posted Saleh in Dushanbe, the Tajik capital, to lead the international liaison office of the Alliance.

Saleh had arranged the meeting between the Indian Ambassador to Tajikistan Bharath Raj Muthu Kumar and Masooud, which lead to India providing extensive assistance to the Northern Alliance.

"Short of sending heavy equipment, India provided extensive assistance to the Northern Alliance — uniforms, ordnance, mortars, small armaments, refurbished Kalashnikovs seized in Kashmir, combat and winter clothes, packaged food, medicines, and funds through his brother in London, Wali Massoud. Assistance would be delivered circuitously with the help of other," a report says.

With the Taliban back in Kabul 20 years after being forced out by the United States, many are expecting him to pick up the mantel of resistance by reviving the Northern Alliance in the Panjshir Valley.