CJI Gogoi Is On A Verdict-Giving Spree, And It Isn’t Over Yet: Three Judgments He Will Give Before Retirement 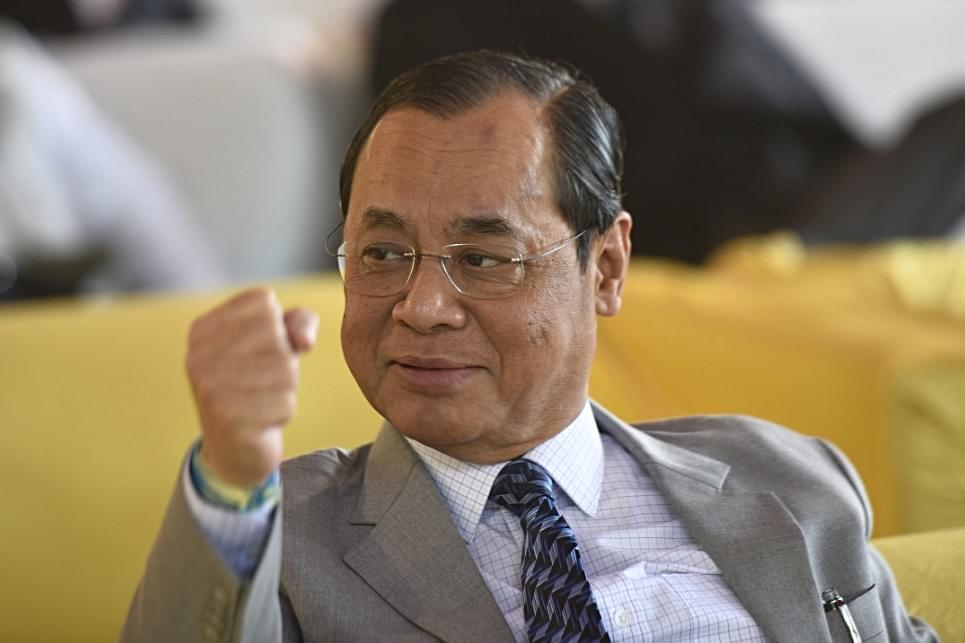 Chief Justice of India (CJI), Ranjan Gogoi has delivered three landmark judgements over the last few days: one, paving the way for the construction of the Ram Temple at Ayodhya; two, bringing the office of the CJI under the Right to Information Act; three, allowing “disqualified” Karnataka MLAs to contest the bypolls.

And the fourth is sending the Finance Act case to a larger constitution bench. However, the judgement spree is far from over yet. The CJI, who is set to retire on 17 November, will deliver three more verdicts over the next few days.

The Supreme Court on Thursday will pronounce two judgements: one, on the review petitions filed on the issue of entry of women of all age groups into the Sabarimala temple, and two, on the Rafale fighter jet deal where the top court will review its December 2018 ruling of not ordering a CBI probe into the deal.

In the case of Sabarimala, a five-judge Constitution bench, headed by Chief Justice Ranjan Gogoi, had in February concluded hearing the arguments and reserved judgement on a batch of petitions seeking review of the apex court’s verdict in 2018, which had allowed the entry of women of all ages into the Sabarimala temple.

The bench had heard submissions on behalf of all parties, including the Kerala government, Travancore Devaswom Board (TDB), Nair Service Society and others. The court had then said it would pronounce its order on whether to review the judgement or not.

As many as 64 petitions, which include review pleas and transfer pleas, have been filed in the apex court challenging its decision on the entry of women into the Sabarimala temple.

On the last day of hearing, in what appeared to be unprecedented, the Travancore Devaswom Board (TDB), which handles management of Sabarimala temple in Kerala, reversed its stand in the top court by expressing its support to the 2018 court verdict, which had allowed women of all age groups to enter the shrine.

The TDB submitted in court that discrimination on the grounds of biological attributes was not correct.

The apex court has also to give its verdict on the review petition filed against its judgement in the Rafale case. Earlier, the court had dismissed petitions seeking an investigation into alleged irregularities.

In the Rafale case, the centre had told the apex court that the deal is linked to the question of national security. Attorney General (AG), K.K. Venugopal, told a bench headed by Chief Justice Gogoi: "We have signed an IGA (Inter-Governmental Agreement)...which we are obliged to follow...Rafale is not for ornamentation. It is essential for protection of each and every one of us....nowhere in the world such matters go before the court."

The AG also told the court that in accordance with Article 10 of the IGA, the pricing in the deal cannot be disclosed.

Contesting the Rafale deal, the petitioners had filed a rejoinder stating that the 14 December 2018 verdict should be subjected to review as it was based on "multiple falsehoods and suppression of material and relevant information".

The affidavit said, "It is clear that the government misled the court on various counts in the notes that were submitted in a sealed cover."

The top court had dismissed the plea filed by Yashwant Sinha, Arun Shourie and Prashant Bhushan, who sought investigation into alleged irregularities.

The court will also pronounce the judgement on former Congress president Rahul Gandhi's comments referring to the apex court in a political statement in the run-up to the general election in May this year.

Gandhi had told the Supreme Court to close the criminal proceedings against him, as he has already tendered an apology for linking the top court to a political slogan ---"Chowkidar Chor Hain" --- of his party.

A bench headed by Chief Justice Gogoi reserved the order on the contempt petition filed by the Bharatiya Janata Party (BJP) Member of Parliament (MP), Meenakshi Lekhi. Senior advocate Mukul Rohatgi, counsel for Lekhi, argued that Gandhi should make an apology to the public for wrongfully attributing the top court in a political speech.

Senior advocate Abhishek Manu Singhvi, appearing for Gandhi, said he had expressed regret even before the court had issued notice.