After Stipend For Pastors, Andhra CM Reddy Is Raising Financial Aid For Haj And Jerusalem Pilgrimage 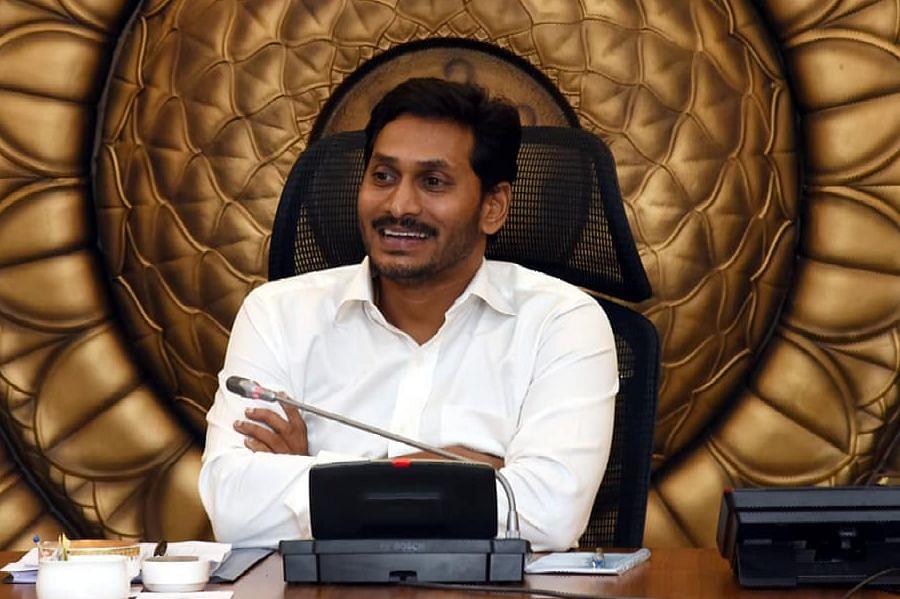 On Tuesday (19 November), the Andhra Pradesh government, led by Y S Jagan Mohan Reddy, announced that it was increasing financial aid to its citizens going on Haj and Jerusalem pilgrimage.

The decision will help Muslims travelling to Mecca in Saudi Arabia as part of Haj and Christians heading to different holy places in Jerusalem.

This is likely to result in an additional outgo of Rs 14.22 crore for the Andhra Pradesh government. The move is part of the promise that the YSR Congress had made during Reddy's 3,650-km long walk or padayatra last year.

While coming out with an increase in financial aid to the pilgrims, the statement said: “This should not be seen as appeasement and the opposition parties should not carry out uncalled for propaganda.”

At the same time, Reddy said his government has allocated funds to Hindu Temples for poojas, adding that it has been upholding the value of respecting all religions.

The decision comes on the heels of the YSR Congress government’s move on 7 September to provide Rs 5,000 as a stipend to Christian pastors in the state. This announcement led to a hue and cry being raised after which the state government said similar stipends would be given to Hindu priests and Muslim clerics.

The latest decision to hike financial aid for pilgrimages to Jerusalem and Mecca is seen as a sign that the Y S Jagan Mohan Reddy government is unperturbed by allegations of appeasement of minorities, particularly towards Christians, in the state.

Bharatiya Janata Party (BJP) member of Parliament Shobha Karandlaje reacted to the decision as “another instance of taxpayers money being used for appeasement.”

The BJP, in particular, has alleged that Jagan Mohan Reddy is pampering the minorities. The Andhra Pradesh government is also being charged with shutting its eyes to religious conversions taking place in the state.

Activists who are closely monitoring missionary activities allege that with the Chief Minister being a Christian -- he recently went on a pilgrimage to Jerusalem -- the missionaries are finding it easy to indulge in conversion.

On his part, the Chief Minister clarified that he had not introduced any new scheme and he was only following an old policy pursued by the previous Telugu Desam Party government headed by N Chandrababu Naidu. He said the quantum of assistance had been increased following representations from the minorities that airfares have increased.

Y S Jagan Mohan Reddy is partly right in saying that he is following an old policy. In 2016, Chandrababu Naidu had increased the financial assistance for these pilgrimages to Rs 40,000.

The scheme to subsidise Haj and Jerusalem pilgrimage was introduced by the late Y S Rajasekhara Reddy, father of the current Chief Minister, in 2008.

Under the scheme introduced then, the state had earmarked rupees one crore for 500 Christian pilgrims (maximum) to undertake a pilgrimage to Jerusalem. This meant that each pilgrim could get Rs 20,000 to travel to Jerusalem.

Jayalalithaa, however, tried to balance her act by coming forward with a Rs 1.25 crore allowance to Hindu pilgrims headed to Manasarovar in Tibet and Muktinath in Nepal.

The other states that offer financial assistance to pilgrims are Chhattisgarh, Delhi, Gujarat, Karnataka, Madhya Pradesh and Uttarakhand.

The financial aid to Haj and other pilgrimages continues despite a 2012 Supreme Court ruling ordering that the subsidy scheme be discontinued.

The apex court had then upheld the assistance as unconstitutional and had said that the Quran had asked only those Muslims who could “afford the expenses” to visit Mecca.

By 2011, the centre had spent Rs 685 crore on Haj subsidy annually. Last fiscal, this amount had dropped to Rs 405 crore. The union government was directed to reduce the subsidy progressively before its total elimination by 2022.

However, there are no such rulings thrust on Christians going on a pilgrimage to Jerusalem.

The latest controversy also brings into focus an advertisement the Y S Jagan Mohan Reddy government had carried for the pilgrimage to Jerusalem on tickets that were handed out to travellers going to the Tirupati Tirumala temple.

This decision has also led to allegations that while the state government is increasing financial aid for Haj and Jerusalem pilgrimage, it was increasing rents for rooms at Tirumala.