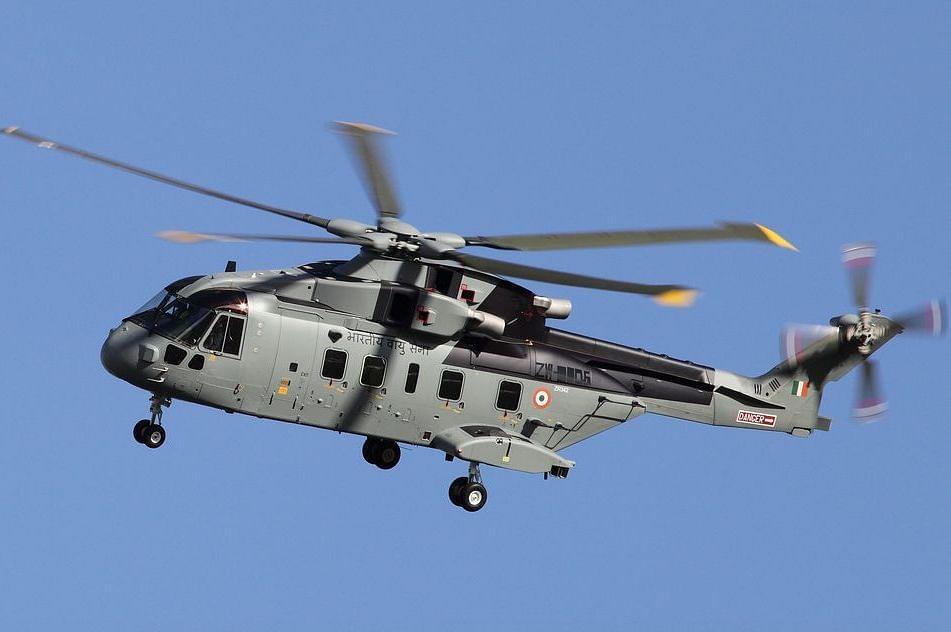 At least six public servants have come under the scanner of Central Bureau Of Investigation (CBI) for their alleged involvement in the Agusta-Westland chopper scam, reports Economic Times.

Some of these were highly placed officials in the defence ministry during the UPA regime when the helicopter procurement deals were carried out.

ET has quoted sources saying that the investigation has revealed direct involvement of around five public servants in tweaking the procurement process in favour of M/s AgustaWestland in the Rs 3,600 crore VVIP chopper deal.

The investigative agency is going to file a supplementary chargesheet in the case, which might throw light on the involvement of more public servants, air force officials and private parties.

The development comes after “key middleman” Christian Michel’s arrest, who was extradited from Dubai in December 2018.

Michel is reportedly very well connected in Defence establishments in New Delhi according to the reproduction of an Italian newspaper report titled “Christian Michel, the English middleman of Finmeccanica”.

Finmeccanica is the mother company of AgustaWestland choppers.

The newspaper had alleged that he had received around Rs 210 crore (60 per cent of the total) of the kickbacks amount of Rs 360 crores (51 million Euros) from Finmeccanica.

According to a report in The Pioneer in 2013, which cites Italian newspaper ‘Lettera 43’, Michel’s late father was “close to the Congress party”.

Some reports claim that Michel had actually been working on the deal since 2002 when the first global Request for Proposal (RFP) for choppers was issued.

The scam pertains to a multimillion-dollar deal to purchase helicopters for high level politicians during the last UPA term, wherein, allegedly large sum of money was paid to middlemen and Indian officials as bribes.

According to CBI’s chargesheet filed in September 2017, the VVIP chopper scandal caused a wrongful loss of €398.21 million to the Indian government.

The controversy erupted in 2013 when Giuseppe Orsi, the CEO of Finmeccanica, AgustaWestland's parent company, was arrested by the Italian authorities over corruption and bribery charges.

High placed Congress politicians and military officials were accused of accepting bribes from AgustaWestland. Under pressure, the then UPA government initiated a probe in the matter.

In January 2014, the Rs 3,600-crore deal with AgustaWestland was cancelled "on grounds of breach of the Pre-contract Integrity Pact and the agreement” by AgustaWestland.

During its term, the Congress-led government was accused of stonewalling the CBI investigation.

Former defence officer Manohar Parrikar also pointed out that the officers serving at the top posts during the time of the deal were later given lucrative posts, like that of Governor and CAG, by the Congress government.

In 2014, a note from Christian Michel to Peter Hullet was recovered in which the former had asked the latter to target people close to Sonia Gandhi to clench the deal.

The note consisted of payments which were divided in four parts carrying initials of "AF" (Air Force) 6 million, "BUR" (bureaucrats) 8.4 million, "Pol" (politicians) 6 million and "AP" (alleged to be Ahmed Patel) to be paid 3 million Euro.

A major breakthrough was the arrest of middleman Christian Michel in December 2018. Then in January 2019, another co-accused Rajeev Saxena and lobbyist Deepak Talwar were extradited to India from Dubai.

In February, reports emerged that Saxena, who claims to know the entire money trail of the alleged kickbacks, had turned approver in the case. The same month, CBI told the court that it had found a “meeting point” (common thread) of kickbacks allegedly paid by Saxena and Michel.

In a chargesheet filed by the Enforcement Directorate in April 2019, Rajiv Saxena was quoted as abbreviating “AP” as Ahmed Patel. Other phrases such as “Italian Lady”, “Italian Lady’s Son R” also emerged during the course of the investigation.