All You Need To Know About ‘Howdy Modi’, PM Modi’s Sold Out Houston Rally Now To Be Attended By Trump 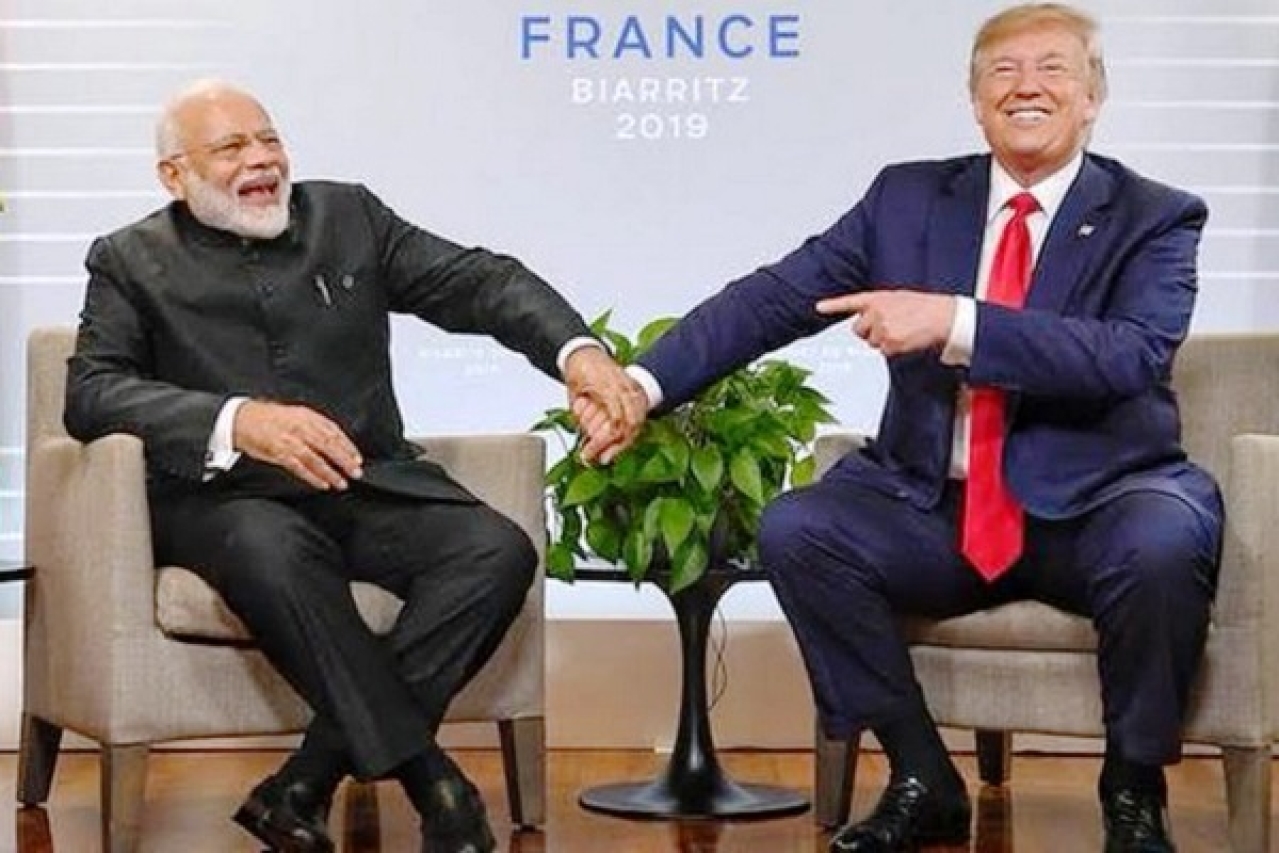 The rally “Howdy Modi”, named after a common greeting used in Southwestern America is all set to be the largest ever gathered for a non-US political leader or any non-US leader for that matter if you exclude Pope Francis.

What Is Howdy Modi Rally

The Howdy Modi rally in Houston’s NRG stadium has been organised by Texas India Forum. The event start at 10 AM local time, meaning Indian audiences would be able to watch this event from 8.30 PM. Over 1,000 volunteers and 650 organisations have been mobilised to make it possible.

The response from the Indian-American diaspora for the rally has been phenomenal. The organisers have received over 50,000 registrations, which signals a sold-out event in the largest stadium in Houston.

There is no entry fee for the event but it was mandatory for attendees to register for the same. After the arena was sold-out all subsequent registrations were then placed on the waiting list.

Soon after the positive India-US talks on the sidelines of the G7 summit, the Indian External Affairs Ministry along with the event organisers extended an invitation to Trump for attending and addressing the event.

White house officials have now issued a statement claiming that the invitation was immediately accepted by Trump. This was heartily welcomed by Prime Minister Modi.

A special gesture by @POTUS, signifying the special friendship between India and USA!

Delighted that President @realDonaldTrump will join the community programme in Houston on the 22nd.

Looking forward to joining the Indian origin community in welcoming him at the programme.

As pointed out by social media users, such a huge gathering of Indian-Americans would also be a chance for Trump to address American votes in light of the 2020 Presidential elections.

Incidentally, the 50,000 strong audience strength would be a lot higher than the average crowds Trumps or his opponents attract on a regular basis.

Besides Trump, the rally would also be attended by representatives from 48 states and around 60 prominent lawmakers. As per reports, the attendees would include Hindu lawmaker Tulsi Gabbard, Ted Cruz, Al Green, Raja Krishnamoorthi and John Cornyn.

As per a release by the rally organisers, besides Prime Minister Modi’s speech and Trump’s address will also showcase an elaborate 90 minute cultural show.

The cultural program would be themed around Woven: The Indian-American Story, which will celebrate the cultural, intellectual, and social contribution of Indian-Americans. It will involve over 400 artists and two original songs written especially for the occasion.

This will be followed by Prime Minister Modi’s speech.