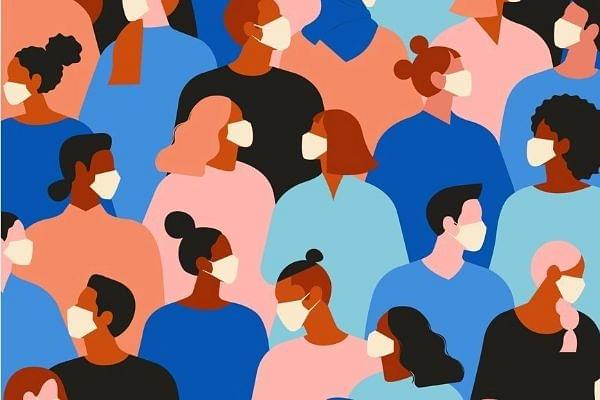 While globally there have been 242,482,541 confirmed Covid-19 cases and 4,929,545 deaths as of 22 October, the Indian government has announced new regulations for travellers coming to the country from abroad.

According to the Health Ministry, the Standard Operating Procedure (SOP)—a step-by-step instruction to carry out routine operations—will be in effect from 25 October until new orders are received, and the travel guidelines will be reviewed on a regular basis based on the risk assessment.

According to the latest guidelines for international arrivals issued by the Union Health Ministry on 20 October, travellers arriving from a country with which India has reciprocal arrangements for mutual acceptance of World Health Organization (WHO) approved Covid-19 vaccines will be allowed to leave the airport without Covid-19 testing.

The revised guideline also noted that these people will not require home quarantine if they have completed the vaccination course.

However, the travellers from foreign countries would be required to have a negative RT-PCR test report and self-monitor their health for 14 days following their arrival.

In the guidelines, it was also noted that “on the basis of reciprocity, the travellers from all such countries which provide quarantine-free entry to Indians are allowed certain relaxations on arrival (Category A Countries)”.

The list of countries from which travellers would need to follow additional measures on arrival in India, including post-arrival testing (Countries at risk), includes the European nations including the United Kingdom, South Africa, Brazil, Bangladesh, Botswana, China, Mauritius, New Zealand and Zimbabwe.

Additionally, the travel advisory stated that if partially or not vaccinated, travellers must take steps such as submitting a sample for a post-arrival Covid-19 test at the airport, after which they will be allowed to leave, quarantine at home for seven days, re-test on the eighth day of arrival in India and if negative, continue to self-monitor their health for the next seven days.

As per the new guidelines, travellers under home quarantine or self-health monitoring should self-isolate and report to their nearest health facility or call the national helpline number (1075) or state helpline number if they acquire signs and symptoms suggestive of Covid-19 or test positive on re-testing.

The travel advisory also noted that all passengers will be subjected to thermal scanning by health experts stationed at the airport. The online self-declaration form must be shown to the airport health officials. If someone is found to be symptomatic, the passenger will be immediately isolated and taken to a medical facility. If they test positive, their contacts will be identified and managed according to the procedure.

During travel, in-flight announcements concerning Covid-19, including preventive steps to be taken, must be issued at airports, aboard aircraft and in transit.

During in-flight, the crew must ensure that Covid-appropriate behaviour is followed at all times and if any passenger reports symptoms of Covid-19 during flight, he or she must be segregated according to protocol and the indicated standards.

The Ministry of Health and Family Welfare said, “The global trajectory of COVID-19 pandemic continues to decline with certain regional variations. The need to monitor the continuously changing nature of virus and evolution of SARS-CoV-2 variants of concern (VOCs) must still remain in focus.”

The ministry also noted that the new guidelines lay forth methods for foreign travellers as well as airlines and points of entry (airports, seaports and land borders) to follow when risk profiling individuals.