Army’s First Order For Arjun Mark 1A Tanks Could Be Its Last: Report 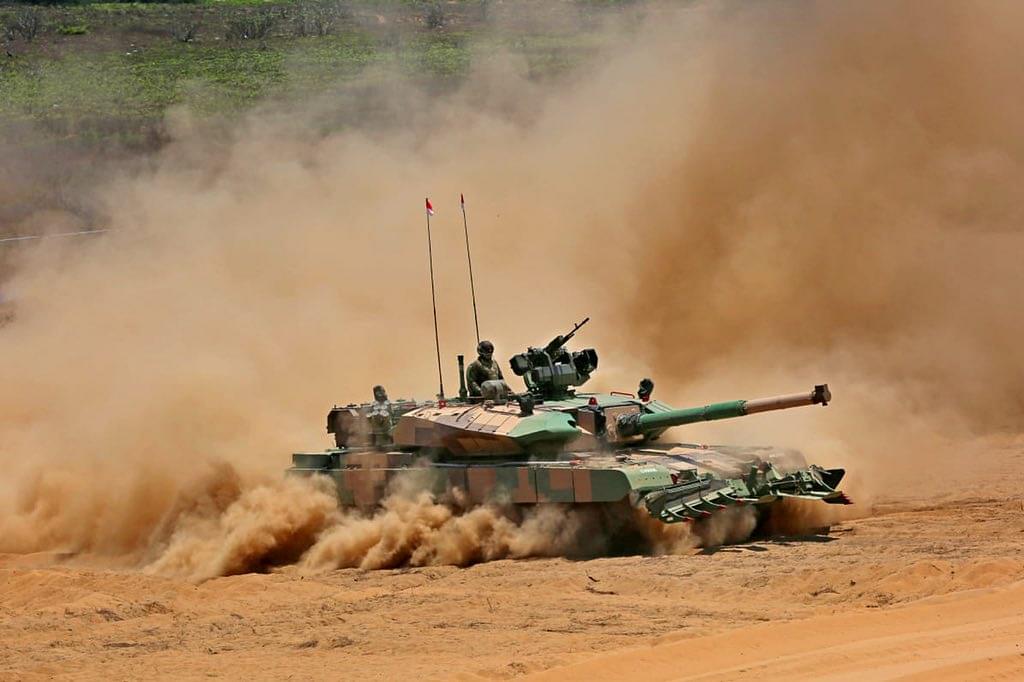 In Tamil Nadu yesterday (14 February), Prime Minister Narendra Modi handed over the first Arjun Mark 1A tanks, a much upgraded version of the indigenously-developed Arjun main battle tank (MBT), to the Indian Army.

The Mark-1As handed over to the Indian Army in Chennai, nearly three months after Prime Minister Modi rode on an Arjun tank near in Rajasthan, are part a long-cleared order for 118. Officials at the Defence Research and Development Organisation (DRDO) believe this order for 118 Arjun Mark-IAs will be the Indian Army’s last order for the 68-ton indigenous tank, a report in India Today says.

Developed by the DRDO’s Combat Vehicles Research and Development Establishment (CVRDE) in the 1980s and the 90s, and built by the Ordnance Factory Board’s Heavy Vehicles Factory (HVF) in Tamil Nadu’s Avadi, the induction of the Arjun MBT into the Indian Army began only in 2005.

Between 2005 and 2010, two regiments of Arjun Mark 1 were inducted for the desert sector along the border with Pakistan in Rajasthan.

The CVRDE, meanwhile, worked on a new version of the Arjun, which was to be called Mark-II, to accommodate the improvements demanded by the Army.

The weight of Arjun Mark-I — 62 tonnes — was a major issue for the Army, which says the tank is too heavy to operate in semi-developed and developed sectors of the Western Front. It also wanted the tank to be capable of firing anti-tank missile from the gun barrel. The Mark-II was ready by 2012-13, and in user trials conducted in 2015, 67 of the 73 improvements were declared successful.

The tank, however, is yet to meet some requirements of the Army, such as the capability to fire missile from its main gun. The weight of the tank, owing to the improvements demanded by the Army, increased to 68 tonnes.

The result was Arjun Mark 1A, which completed trials in 2020.

“The requirement for light tanks which could operate in the mountains is at least a decade old, it was revived more recently after the PLA’s Type 15 light tanks appeared on the Tibetan plateau,” the India Today report adds.

The 68 tonne Arjun can’t be airlifted to high-altitude areas like Ladakh like T-72s and T-90s, which were moved to Ladakh on Indian Air Force’s heavy-lift transport aircrafts as China deployed its forces along the Line of Actual Control, experts point out. Operating and maintaining the tank in high-altitude areas will be difficult given its weight, even if it were to be moved somehow, they add.